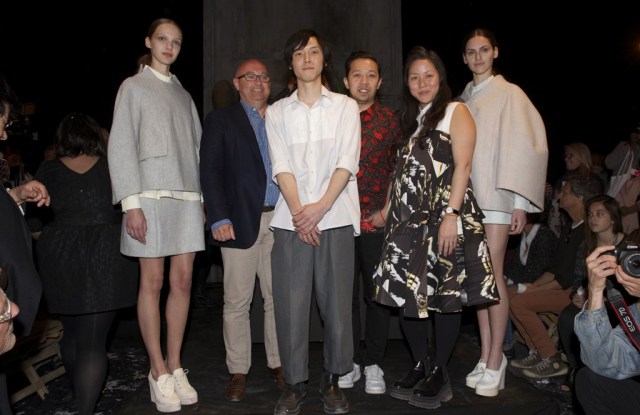 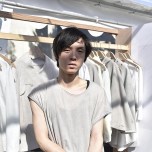 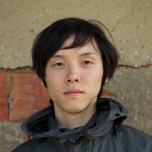 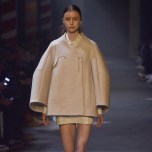 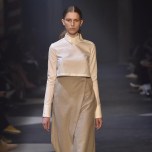 HYÈRES, France — “I was inspired by the buildings of architect Tadao Ando and traditional Japanese kimonos,” said Kenta Matsushige, 25, before winning the Première Vision Grand Prize at the 29th edition of the Hyères International Festival of Fashion and Photography, which ends today.

The Paris-based designer, who studied in Osaka and is a graduate of the Chambre Syndicale de la Couture school, impressed judges with his clean cotton shirt dresses and oversize coats in gray shades. “I admire Jil Sander and the work of Phoebe Philo at Céline,” he added, wearing a Kris Van Assche shirt.

Matsushige was one of 10 international designers competing for the prize, valued at 15,000 euros, or $20,746 at current exchange, a list that was whittled down from around 400 applicants. He is also awarded the chance to work with the specialty ateliers that Chanel controls through its Paraffection subsidiary, a prize also valued at 15,000 euros.

For the first time this year, Chloé, a major partner of the festival for the past three years, awarded two winners, Liselore Frowijn and Roshi Porkar, both of whom received an award valued at 15,000 euros. “It was difficult to make a choice. Therefore we chose two,” Chloé chief executive officer Geoffroy de la Bourdonnaye told WWD. “It reinforces the idea that the Chloé woman is multifaceted: modern, free-spirited and who likes movements. Both [young designers] captured the house’s modernity. It also reflects the quality of the candidates this year.”

The event’s fashion show was streamed live at the Palais de Tokyo museum in Paris on Saturday night.

Exhibitions included an installation by Lim and Leon, and the works of Steve Hiett, who presided over the photography jury this year.