The design duo will present their final collection for the LVMH-owned brand on June 23 during Paris Men’s Fashion Week.

After eight years at the helm, the design duo will present their final collection for the brand on June 23 during Paris Men’s Fashion Week. They will officially depart the label on July 1 to focus on their U.S.-based Opening Ceremony store chain and fashion label, with their successor to be named at a later date.

During their tenure Leon and Lim repositioned Kenzo as a contemporary label, revived key archival signatures like the embroidered tiger, and launched collaborations with everyone from Vans to fast-fashion retailer H&M.

Sylvie Colin, chief executive officer of Kenzo since 2017, paid tribute to the pair for modernizing the brand, which is preparing to celebrate its 50th anniversary next year, while building a close relationship with its 80-year-old founder Kenzo Takada.

“Humberto and Carol consistently brought diversity and inclusion to the forefront at Kenzo, using their collections, fashion shows, advertising, and special projects to engage and galvanize a new generation of creative,” she said in a statement.

“They have always approached everything they do through the lens of customer experience and pioneered a modern vision of what it is to be a creative director. We wish them all the best in their new adventures,” Colin added. 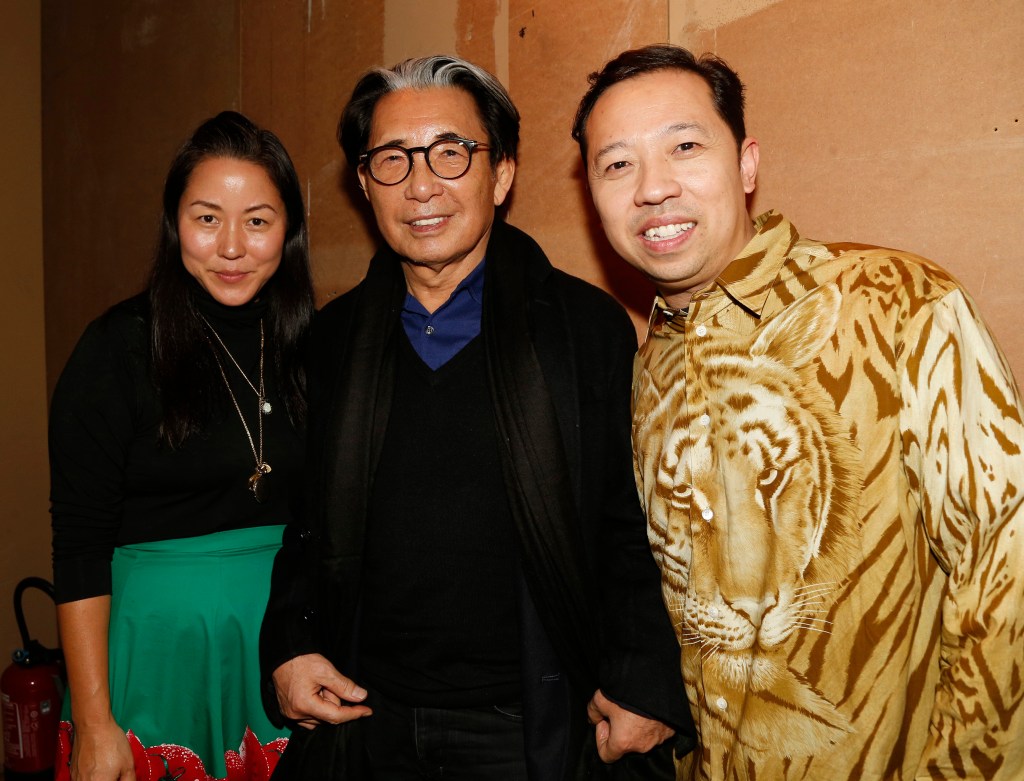 Leon and Lim’s departure comes on the tail end of a period of creative upheaval at parent company LVMH Moët Hennessy Louis Vuitton, which in the last 18 months has seen the arrival of new designers at Celine and the men’s wear divisions of Louis Vuitton and Dior, in addition to the relaunch of Jean Patou as a contemporary brand.

They have sat on the jury of the LVMH Prize for Young Designers since its launch in 2013.

The duo’s final coed show, to be staged at the AccorHotels Arena, is expected to be a celebratory affair that will gather some of their closest associates. That would provide a fitting ending, since their first show in 2011 was a house party featuring Chloë Sevigny on the catwalk and Jason Schwartzman playing drums.

Since Leon and Lim were tapped by Pierre-Yves Roussel, the former chairman and ceo of LVMH’s fashion division, they are said to have overseen yearly double-digit growth at the brand, which generates annual revenues of between 300 million and 400 million euros, according to industry sources.

During this period, the share of men’s wear has risen to around half the business, and the brand has made inroads into accessories with a solid sneaker assortment and popular bag styles like the Kalifornia.

Building on their background as retailers, Leon and Lim brought the brand into the digital age, with innovative initiatives like a digital pop-up store for its capsule collection with the Blue Marine Foundation in 2014.

Now under the purview of seasoned LVMH executive Sidney Toledano, who took over from Roussel in 2017, Kenzo recently ended its distribution agreement with I.T to take back control of its 35 stores in China via a joint venture with the same partner. It plans to launch a Chinese e-store to capitalize on the rapidly expanding Asian market.

It has also picked up the pace of physical store expansion, with recent openings including a unit at the Plaza 66 mall in Shanghai and another at Hudson Yards in New York City, which opened on Thursday. Kenzo expects to end the year with around 90 directly operated stores.