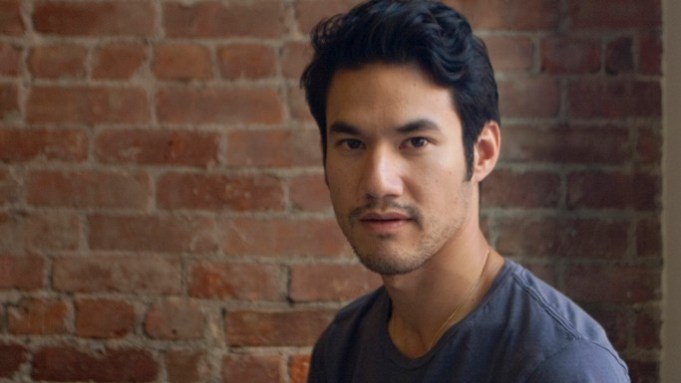 NEW YORK — Joseph Altuzarra is the latest emerging designer to be brought into the Kering portfolio.

WWD has learned that Kering, previously PPR, has taken a minority stake in Altuzarra. The deal closed Thursday, two days before the designer shows his spring collection in New York. At his Howard Street studio Thursday afternoon, as he was in the midst of fittings, he was excited but admittedly tired. “It’s been a superexciting week because [the Kering deal] was all coming together and the collection came in,” said Altuzarra, wearing a T-shirt and camouflage pants, as Vanessa Traina and various design assistants went through the racks of the spring collection.

The designer declined to disclose Kering’s percentage interest in his company, but emphasized that “it was very important for me to keep [Kering] a minority stake at this point and for us to keep control of Altuzarra. They were incredibly supportive of that decision and really understanding of it, and that was also very rare.”

“We are delighted to invest in Altuzarra to accompany the development of this promising fashion house,” said Alexis Babeau, managing director, Kering Luxury division. “Joseph is a truly talented designer, and he has already gained great recognition in just a few years. By endorsing a young French-American designer to help accelerate the development of his brand, Kering fulfills its mission to empower new creative talent. Kering takes a minority stake in the Altuzarra brand, which means that the company will remain independent and controlled by Joseph Altuzarra and his family. While not formally integrated in Kering’s luxury division, Altuzarra will have access to Kering’s breadth of experience and expertise when relevant.”

Advising on the deal was Gail Zauder, managing partner of Elixir Advisors, and Jane Goldstein, of Ropes & Gray LLP. Talks began about a year ago, when Altuzarra and his management decided that it was time to seek investment. Until then, the business had been self-financed with help from Altuzarra’s family.

“There was this need for financial support, but there was also a need for infrastructure and expertise and experience, especially in the market sector that we’re in, which is luxury,” said Altuzarra. “I really felt that I couldn’t just do financial support. I really needed a partner who would be able to provide expertise of the business that we’re in and also be able to find the synergies that would help us.” He was speaking specifically about accessories.

It took Altuzarra a minute to remember, but it was Kering that initially put the feelers out over the course of several casual meetings. “I really liked [Kering’s] teams a lot,” said Altuzarra. “I really liked François-Henri’s [Pinault, Kering’s chairman] approach and philosophy of brand building. He has this incredible respect and understanding for creativity.” He also has deep knowledge of and an impressive record with accessories, handbags in particular, which was an attractive quality for Altuzarra. “It’s amazing to be able to have the help and expert support of Kering to do bags, especially knowing that they have Gucci and Bottega [Veneta],” the designer said.

There is no timeline in place for the launch of handbags, which Altuzarra has never designed, although he has produced shoes with Gianvito Rossi for the past few seasons. Accessories are the most pressing area of development, more so than building his own retail network.

As it stands now, Altuzarra is a tiny operation, with eight full-time employees and distribution in 50 stores online and worldwide. Altuzarra said sales are “under $10 million” but declined to get more specific. Kering’s investment will go back into the infrastructure, to expand the team and develop work flow, including his first pre-fall collection, which is already under way. There are no plans to change management — Altuzarra hired his current chief executive officer Karis Durmer a year and half ago. His mother was acting ceo prior to that and is now the company chairman.

Asked about the direction he wants to take for his brand, Altuzarra said, “What I really loved about Kering was how they invested and helped brands from the ground up. Alexander McQueen and Stella McCartney, they were tiny brands when Kering came in and I very much admire both of those brands. I think there’s a cohesiveness in their universe and a very idiosyncratic way of building their own worlds, which I really respect and admire. That is the kind of brand we would want to be down the line.”

Altuzarra ascended the fashion food chain almost instantly. He launched his own line for spring 2008 under rather inauspicious circumstances. “We opened market the day of the [stock market] crash,” said Altuzarra. “It was crazy. It did not feel like good timing at the time, but in a way we had nowhere else to go but up. It wasn’t like we had sales and they were going down.”

He had retail and editorial support from the beginning: His first collection was picked up by Dover Street Market, Ikram and Barneys New York. He also found a fan in Carine Roitfeld, whose patronage is known to open doors. She paraded around the fall 2009 collections in an Altuzarra coat trimmed in fur tails plucked from that season’s collection. In quick succession, he picked up the Ecco Domani award in 2010, the CFDA/Vogue Fashion Fund prize in 2011, CFDA’s Swarovski Award for Womenswear in 2012 and the USA Woolmark Prize in 2013.

Altuzarra grew up in Paris. His father is French and his mother is Chinese-American. Neither had a fashion background, but Altuzarra was always drawn to fashion’s transformative nature. “There was sort of this Pygmalionlike quality to fashion that I was very attracted to as a teenager because I was a very unhappy teenager,” he said. “I felt like clothing could somehow make you popular.”

He attended a traditional French lycée before moving to Pennsylvania to attend Swarthmore College, a small liberal arts school, where he graduated in 2004 with a degree in art history. At that point, his fashion experience was limited to working in a costume shop during college. He had no formal design training, and fashion didn’t become a serious career prospect until Altuzarra moved to New York. An internship at Marc Jacobs led to a freelance design position at Proenza Schouler, where Altuzarra crossed paths with patternmaker Nicolas Caito, for whom he apprenticed back in Paris. An assistant’s job with Riccardo Tisci at Givenchy followed, which is where he met Roitfeld. “I was [Tisci’s] assistant, so it wasn’t like she was like hanging out with me,” said Altuzarra. “But I would see her and I was really good friends with her assistant [Melanie Huynh], who is one of my best friends, and she styles the show, actually. Carine came to [the first] presentation and really liked it.

“The woman I was designing for in a lot of ways was someone similar to Carine,” said Altuzarra. “I like designing for women, not girls. Today, compared to 25 or 30 years ago, when you’re 55 or 60, with the rise of plastic surgery and nutrition and exercise, you don’t want to dress like a grandmother. You still want to be sexy and be in touch with your feminine side and not lose your sexuality. That was very much the idea.”

Sophistication and a consistent undercurrent of Parisian seduction have come to define his aesthetic, which is definitely for mature, fashion-forward audiences. Two of the key looks from his fall 2013 collection were sexy riffs on classic trenchcoats, done in real and faux leather, and giant black-and-white fox fur mittens that looked like skunk boxing gloves.

Kering has recently stepped up its pace of luxury and fashion acquisitions. In a deal that hinted of its appetite for young designers, the group in January took a 51 percent stake in London-based Christopher Kane, planning to seize on the Scottish designer’s notoriety and creative prowess to accelerate expansion and develop his business as a global luxury brand.

Kering executives have repeatedly cited a preference for buying mainly small and medium-size firms with strong growth potential, eager to replicate its success with other fashion names. For example, the conglomerate recently trumpeted that Balenciaga multiplied in size by 11 times since it was acquired in 2000, with McQueen growing by a factor of 12 since a majority stake in the London-based fashion firm was purchased later that same year.

Kering’s major fashion holdings include Gucci, Yves Saint Laurent, Bottega Veneta, Stella McCartney and Brioni. Beefing up its holdings in hard luxury, last December the group acquired a majority stake in Chinese fine jewelry brand Qeelin, with immediate plans to accelerate its expansion through store openings in Asia. Last April, the French company snapped up a much bigger gem, Italian jeweler Pomellato, adding to a portfolio that includes the Place Vendôme jeweler Boucheron and watch brands Girard-Perregaux and JeanRichard. According to market sources, Kering could be poised to take a 51 percent stake in Swiss watch brand Richard Mille.

Like other luxury groups, Kering has also been securing important suppliers of the rare and expensive luxury materials needed to make high-end leather goods and fashions. To wit: Last March it acquired a majority stake in France Croco, an elite producer of tanned skins located in the Normandy region of France.

Controlled by the Pinault family, Kering has been shedding its historic retail activities to focus on its core luxury and sports and lifestyle divisions. The latter consists of Puma, Cobra, Volcom, Tretorn and Electric. Executives have stated an interest in adding an outdoor brand to the portfolio.

To be sure, Europe’s luxury brands are waking up to the potential of bankable young designers, while also securing future talent for their heritage brands. On the other side of the table, designers with young businesses seem open to white knights who can help them face a competitive landscape dominated by powerful global brands. Sources said LVMH Moët Hennessy Louis Vuitton is in advanced talks to invest in hot British shoe designer Nicholas Kirkwood. WWD first reported on contact between the two firms last March. Last year, LVMH took an undisclosed stake in the fledgling business of Maxime Simoens, a 28-year-old French wunderkind.

As for Altuzarra, he plans to use the Kering money wisely and strictly for business. “I’m not getting a house in Hawaii or St. Barth’s,” he said.