Kim Jones to Debut First Collection for Fendi in January

The British designer will present a couture collection for the Rome-based luxury house in Paris.

MILAN — The wait for Kim Jones’ debut at Fendi has been cut back by a few weeks.

The British designer will unveil a couture collection for Fendi on Jan. 27 in Paris during the city’s Haute Couture Week. In September, when Jones was named Fendi’s artistic director of couture and women’s wear collections, the Rome-based luxury house said his first collection would bow in February. 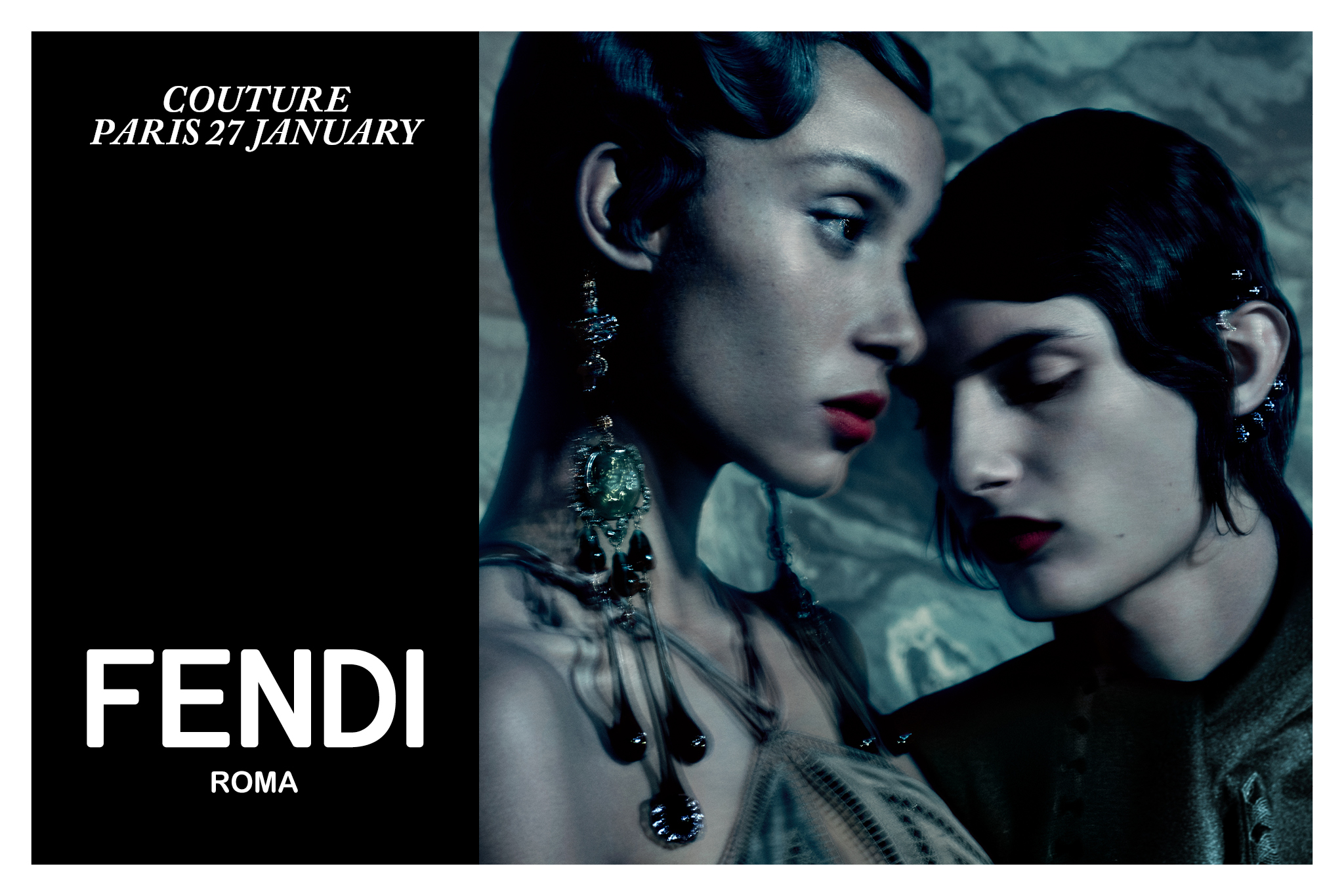 The first image for Fendi’s couture collection to be presented in Paris on Jan. 27.  Paolo Roversi/ Courtesy of Fendi

Whether the show will accommodate guests is still to be defined, given the uncertainties related to the COVID-19 pandemic and the possible restrictions to be enforced by the French government, but the collection will once again be presented at Palais Brongniart.

In July 2015, Karl Lagerfeld designed the first Fendi couture collection, which also marked the German designer’s 50th anniversary at the Roman house. That show was held at the Théâtre des Champs-Elysées.

In July the following year, Fendi celebrated its 90th anniversary with a couture show of Lagerfeld’s designs at the Trevi Fountain, a first for the Baroque monument, and with an exhibition at the company’s then-new headquarters at the stately Palazzo della Civiltà Italiana. Fendi staged the spectacular show at the iconic Roman landmark, whose restoration the house supported, with a catwalk placed on the water and the closure of four neighboring streets. 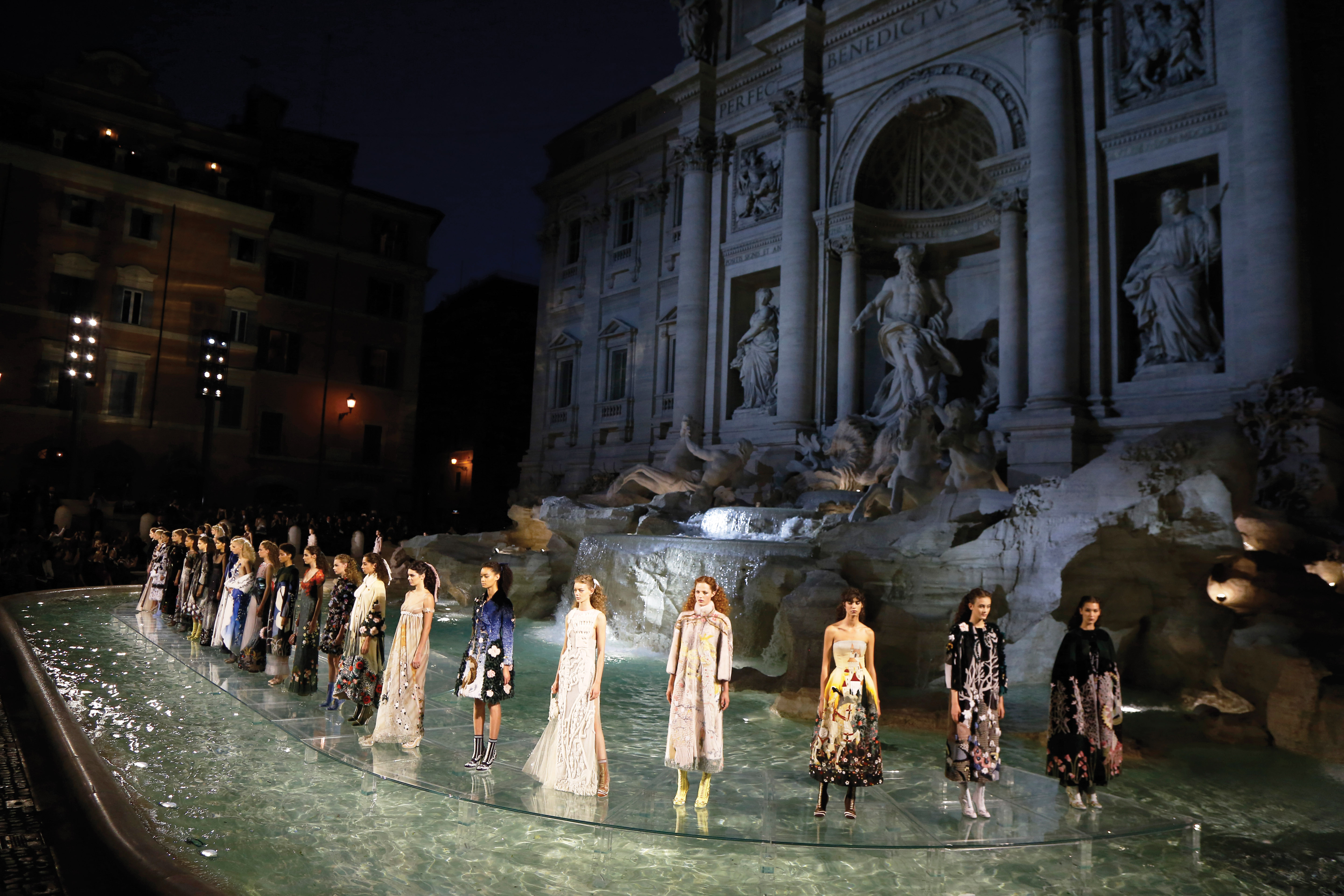 In 2017, the couture show returned to Paris at the Théâtre des Champs-Élysées. In 2018, what was to be the last couture show by Lagerfeld, who died in February 2019, was held at Palais Brongniart.

In July 2019, the couture show returned to the Italian capital, staged at the Temple of Venus and Rome, which Fendi helped restore with a donation of 2.5 million euros. The collection, designed by Silvia Venturini Fendi and her team, paid homage to Lagerfeld with a collection, named “The Dawn of Romanity,” comprising 54 looks — one for each year of the designer at Fendi. 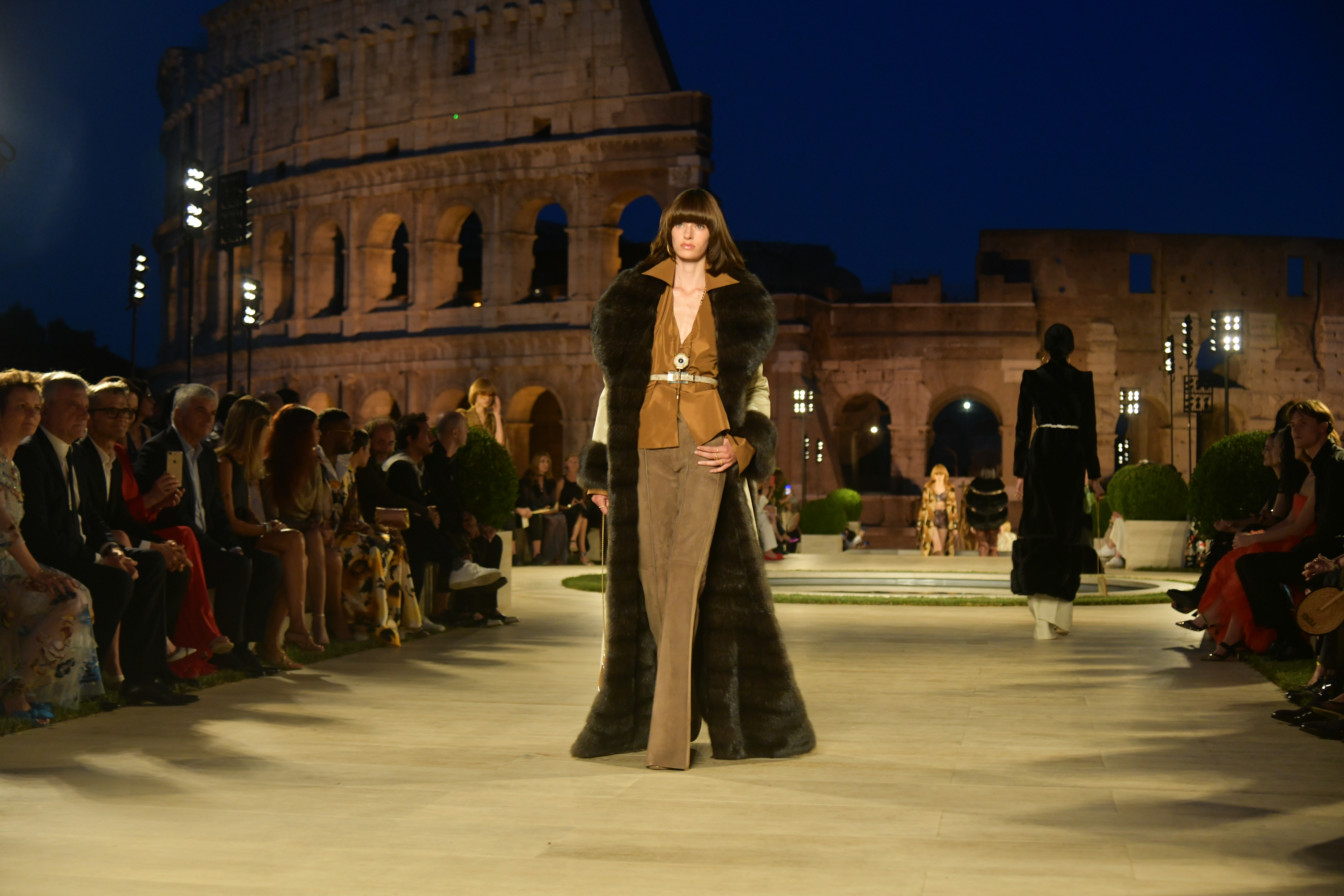 Jones remains at the creative helm of Dior Men.

Since moving over to Dior Men in 2018, Jones has done collections with fine artists Daniel Arsham, Kaws and Amoako Boafo, the surfwear maven Shawn Stussy, and Air Jordan. The latter yielded one of the most sought-after sneakers of 2020, the Air Jordan 1 OG Dior limited-edition.

Earlier this month, Jones presented his Dior men’s pre-fall collection online, featuring models walking against an intergalactic backdrop conceived by Thomas Vanz, a French director known for his spectacular renderings of deep space, against a looping soundtrack of Deee-lite. The designer tapped Kenny Scharf, whose cartoon-like paintings are steeped in sci-fi, to lend his colorful touch to the line.

Gabriela Hearst and Chloé: A New Purpose for Both

When Fendi Conquered the Great Wall of China