The British designer has mined the Dior archives for inspiration related to the women’s couture heritage of the house. 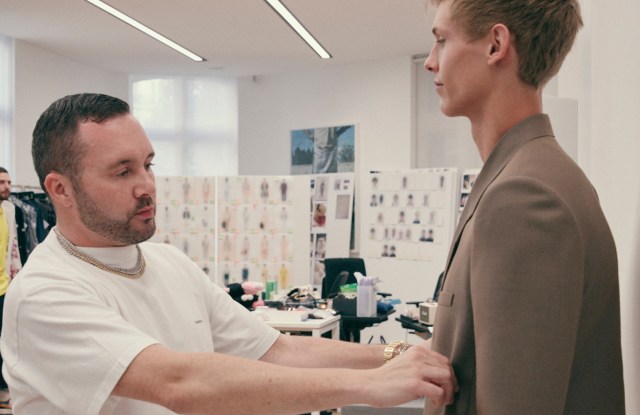 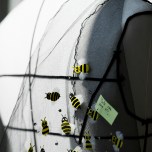 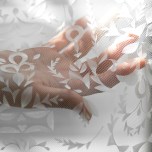 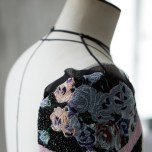 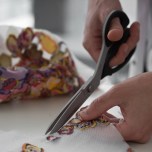 PARIS — At a time when leading luxury brands are courting a streetwear customer, Kim Jones is moving in the opposite direction.

For his debut collection for Dior Homme, to be unveiled today at the barracks of the Republican Guard cavalry regiment in Paris, Jones has mined the Dior archives for inspiration related to the women’s couture heritage of the house, founded by Christian Dior in 1947.

“The only things I’ve looked at is women’s wear,” the British designer said during a preview at the Dior Homme atelier on Rue de Marignan, a stone’s throw from the company’s headquarters on Avenue Montaigne.

His version of a blank slate is the delicate pink that is a signature of the house. The shade appeared on some of the designer’s earliest creations, such as the Fête gown from 1948, and will feature in the show – though Jones played down the notion that it signals a celebration of male fragility.

“It’s the Dior pink, and I think it’s a nice thing. You go to L.A. and you see how kids dress in the street – they wear pink all the time. So it’s not that thing, ‘Oh it’s pink, I won’t wear it,’ anymore,” he explained.

Another house signature is the bee, though Jones – who in his previous role as men’s wear designer for Louis Vuitton worked with artists such as Jake and Dinos Chapman – asked U.S artist KAWS to reimagine the emblem.

In fact, he has fully embraced all manners of embellishment. The designer worked with specialty ateliers, including Maison Lemarié, on intricately embroidered pieces, such as the gossamer shirt with a toile de Jouy pattern, made of white feathers on tulle, that he teased on social media ahead of the show.

The pattern is one that Dior used in his first store, one of many references to the house’s founder that have wound their way into the collection. “It’s about his personal life, it’s about his house, his dogs, his love of gardening and nature,” Jones explained.

That private sphere is vast, since Dior was as much of an esthete as a bohemian, with friends including poet Jean Cocteau, illustrator Christian Bérard and art dealer Jacques Bonjean, which whom he ran a gallery that represented leading artists such as Max Ernst and Salvador Dali.

From those associations, Jones has drawn not just painterly motifs, but also tougher elements such as weathered leather jackets, inspired by photos of Dior’s friends. “The artists he was hanging out with were a bit beatnik, but pre-beatnik,” said Jones.

Leather is one material not commonly associated with Dior Homme, which gained a reputation for razor-sharp tailoring under the stewardship of Hedi Slimane from 2000 to 2007, subsequently upheld by Kris Van Assche during his 11 years at the helm of the brand.

“I looked at all the areas where there was room for expansion,” said Jones, adding that he will also beef up the accessories assortment with new styles including a men’s version of the Saddle bag. “The shoes were doing really well, but we could do a lot more,” he explained.

Jones has also brought on Yoon Ahn, cofounder of the streetwear label Ambush, as the brand’s jewelry designer.

One thing he’s definitely not interested in reprising is the skinny tailoring pioneered by Slimane, especially since his predecessor recently joined Céline, another brand within the LVMH Moët Hennessy Louis Vuitton fold, and is due to launch a men’s wear collection for Céline that will bow this fall.

“Hedi, obviously, he’s in that league of his own,” said Jones. “We can’t look at Hedi’s archives because he’s going to be doing Hedi, so I can’t do Hedi and I don’t want to do Hedi. I respect him greatly, I don’t need to copy him.”

Neither will he be offering new takes on the hourglass silhouettes of recent seasons, inspired by Dior’s signature Bar jacket.

“I mean, it’s not really something that many men will wear, is it? Let’s be realistic,” Jones said. “What [Balenciaga creative director] Demna [Gvasalia] does, I think it’s exciting. I think here, it’s not right for what we do. Ours is about ease, relaxed comfort, chic, elegant and a stylish confidence.”

At Vuitton, Jones was credited for taking luxury in a more casual direction, most visibly through its collaboration last year with New York skatewear brand Supreme. Though the Dior collection will feature denim and plenty of sneakers, he seems keen to distance himself from the streetwear trend, despite the fact that he recently unveiled a soccer-inspired capsule collection for NikeLab.

“I don’t even like the word streetwear, and I don’t believe in it, because everyone wears clothes on the street. It’s like, how can you say that’s street and that’s not street, when it’s all on the same street? I think it’s a silly phrase. You know, it’s different price points. For me, that’s the thing that’s really important, but when you merge it, and create something that’s really desirable, people get really excited, and I think that’s the thing that’s interesting,” he added.

That’s not to say Jones isn’t rooting for friends like Virgil Abloh, the streetwear designer who succeeded him at the helm of Vuitton. He attended Abloh’s debut show on Thursday and also popped up in the front row of the Kent & Curwen and Edward Crutchley displays in London, among others.

“I’m friends with lots of designers, but there’s lots that wouldn’t even give the time of day to another designer,” he said. “There’s certain people that hold their cliques, but they don’t look relevant anymore, and I’m not naming names, but I think if you don’t know what’s going on in the world, there’s no point being a designer.”

After leaving Vuitton in January following a seven-year tenure, Jones fielded offers from rival brands, but ultimately decided to return to the LVMH fold due to his strong relationship with Bernard Arnault, the chairman and chief executive officer of the group, and Pietro Beccari, who took the helm of Dior in February.

“I live how I want to live, and they respect that and they let me get on with it and they trust me. I’m not saying anyone else wouldn’t have, but I just knew that they would let me do it because I proved myself to them at Vuitton,” he said, adding that he also remains on good terms with Louis Vuitton chairman and ceo Michael Burke.

Looking ahead, Jones hinted that he has only just started stretching the capacities of the Dior Homme atelier.

“Obviously, the craftsmanship here is second to none, but it’s very different to Vuitton. Vuitton is a manufacturing-based process. Here, it’s a couture-based process. You have that top-level customer, where you’re giving them things for different occasions. It’s not just a fancy piece; it can become a reality too,” he said.

A Look Back at Kim Jones’ Career in Pictures