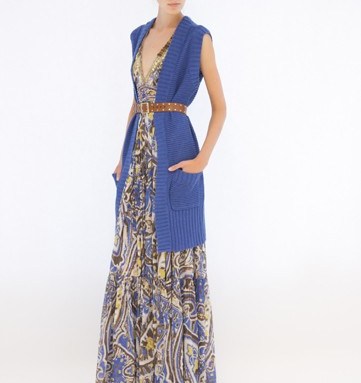 NEW YORK — Ted Kim, the 33-year old designer who has taken over the design reins at Anne Klein New York, has an effervescent personality and energy level that, if infectious, could just be what the brand needs as it turns to yet another page in its storied, and checkered, history.

Kim, who unveils his first collection at a retailers-only presentation during New York Fashion Week, seems so passionate about his role as vice president of design for the brand that he can hardly contain his excitement, talking a mile a minute about why he loves the Jones Apparel Group label and what he hopes to achieve there.

“My passion is to bring what Anne Klein stood for in its heyday, when it was about sportswear with a twist,” Kim said. “If Anne was here, what would she do? It’s modern American sportswear. Will it be about trends? Absolutely. Is it fashion victim-y? Absolutely not.

It’s Anne Klein with a facelift and a tummy tuck,” he added.

Kim joined Anne Klein’s bridge tier from Michael Kors Collection, where he was senior designer, and, before that, worked at Donna Karan Signature and MaxMara Sportmax. He comes to Anne Klein at a critical time. In an effort to revive the brand, Jones had recruited the much-respected Isabel Toledo to create a top-tier Anne Klein designer collection, which would inform all the different divisions. And while critics eventually embraced Toledo’s efforts, and the somewhat dusty Anne Klein image started to turn favorably — at least among the fashion set — Jones decided to yank the collection after two runway seasons and dismissed Toledo when her contract was up.

“We see Anne Klein as a very powerful brand for our company, not only in the bridge category but also in better,” she said. “We found that the designer piece was too financially challenging for us to make it work, so we are focusing on a really huge opportunity, Anne Klein New York.”

Metzger declined to give sales projections for the bridge line. The entire Anne Klein brand, including all divisions of the bridge and better AK Anne Klein divisions, has wholesale sales of $525 million, according to the executive.

These have been challenging times for bridge, and Anne Klein New York has not been immune to them. Over the past few seasons, once-dominant traditional bridge lines have seen their real estate dwindle, and some dropped out entirely. Liz Claiborne Inc. sold Ellen Tracy to Fashionology Group LLC, and its Dana Buchman label went downmarket to become an exclusive line with Kohl’s. Much-touted newer entries, which gave retailers renewed hope in the tier, haven’t fared much better. Theory LLC, for instance, will stop shipments of its bridge Premise line after fall.

“We need to address what Anne Klein stands for, with a designer influence and a more modern approach,” Metzger said. “Our focus is to get the brand back on track and recognize some of the white space that has opened in the market for a more modern, but still classic customer. We believe there is a bridge customer who wants appropriate clothes for her lifestyle.”

Kim credited Metzger for giving him creative freedom. “I see Anne Klein as the number-one bridge player on the floor, and everyone at Jones is fully committed to make this happen,” he added.

Kim said he went into the company’s extensive archives for inspiration and was surprised to learn just how much the founder pushed the fashion envelope.

Looks include a paisley print tiered maxidress that Kim paired with a long, sleeveless cardigan; a short tweed jacket with ruffled edges teamed with a bow-tie gold-embroidered sleeveless blouse and cargo-pocket shorts; and a tribal print cardigan put together with a slim cargo pants.

Over the years, Anne Klein pursued two strategies with its designers. It would shine the spotlight on the designers, or have them create collections behind the scenes, with no final bows at presentations in the company’s Broadway showroom. Metzger said Kim will publicly represent the label and do personal appearances to connect directly with retailers and consumers. On Sept. 13, for instance, he will host a consumer shopping event at Neiman Marcus at the NorthPark Center in Dallas, where he is expected to talk about the Anne Klein New York tradition and the direction he plans to take the label.