King of the Hill

Jean-Marie Massaud redefines architecture from the ground up. 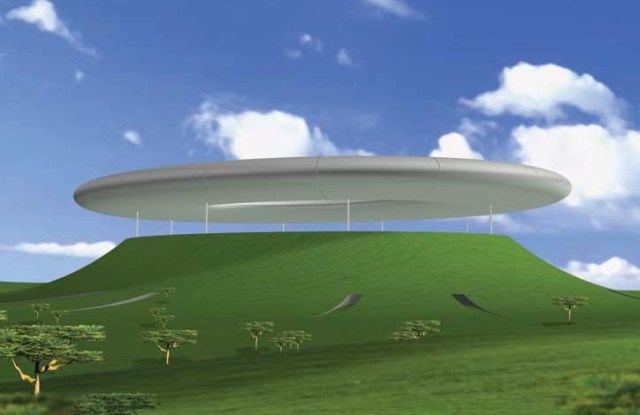 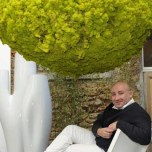 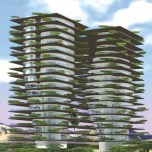 Jean-Marie Massaud redefines architecture from the ground up.

Jean-Marie Massaud, the Paris-based industrial designer and architect, often gets labeled as “difficult.” That’s not his intention. Yet sometimes his strong opinions make him look like a gadfly iconoclast.

Take the time he refused a plum deal to build a hotel in Palm Desert, Calif. His initial idea was to create a nomadic settlement along the lines of an army bivouac. He reasoned it would be the best way to preserve the environment. The potential investors in the hotel didn’t appreciate Massaud’s spartan arrangement and so he walked away from the negotiating table.

“I’m not on a quest for profits,” explains the 41-year-old designer in his studio in eastern Paris as he drags on a cigarette. “There’s no logical reason to build anymore in these remote locations. Look what happened to Cancún [Mexico] and Phuket [Thailand]. Hotels have changed the environment into havens of fusion food and fusion culture. Humanity has a tendency to destroy what it loves.”

Massaud’s mind works in cluster thoughts. Once he started to grapple with how to build a hotel in an exotic locale, he needed to find his own solution. He came up with blimp hotels. “You would be able to discover the world with desire and responsibility,” he explains.

A fleet of floating luxury lodges may be far from a reality (blame incredible cost), but the idea underscores Massaud’s atypical approach to design and his unflinching resolve to challenge stereotypical solutions.

Born in Toulouse, France, the stocky, Kojak-headed Massaud grew up playing rugby (with scars on his ears to prove it) before studying engineering and science. When he had to specialize in his studies, Massaud grew cagey.

“I didn’t like the idea of being boxed in,” he says. “When I was young, I wanted to be an inventor.”

Design manifested itself as a means for Massaud to wrestle with all of his ambitions in a more fluid manner. It also provided him with a theater in which to consider the idea of progress.

“Today what’s important is to propose consumer goods that offer an alternative way of living—not to add another prosthesis of style,” he says. “A product needs to exist only if it makes you live better.”

In other words, Massaud became concerned about not cluttering the consumer world with more useless stuff.

“We live in a communication world,” he reasons. “Designers are the latest stars. Design has become a combat for the ego. It’s marketing and communication. The question is how to be part of the market without being naïve or cynical.”

Today, Massaud’s mantra is using design—whether it is furniture, bathroom appliances or high-rises—to create “life projects.” In other words, Massaud, who talks oversize concepts at a mile-a-minute pace, wants to improve peoples’ lives.

Recent manifestations of his approach include a stadium he is building in Guadalajara, Mexico.

“Stadiums usually sap all energy from the surrounding urban environment,” he contends. “They are surrounded by a parking lot, are used a couple of times a month and basically create a no-man’s-land in the immediate vicinity. They are ideal for hooligans. Architects make them objects to be admired. But that seems only vanity.”

Massaud, who says he is interested in channeling symbols in his work, is constructing his stadium to look like a volcano full of energy. When it is finished, it will be part underground. A cloudlike structure will float above it and a park will surround it where people can picnic or play. Parking will be underground, as well. “I was interested in making a stadium part of the urban tissue,” he says.

Along similar lines, Massaud is building an apartment tower, also in Guadalajara, that attempts to give every inhabitant—no matter the floor—a piece of land. It does that by superimposing square plots of space one above the other. “It’s an attempt to reconcile desire and responsibility,” he says. “It’s not about style. It’s form following function in a holistic way.”

Massaud’s mass of projects includes telephones, furniture and electronics. No matter the project, though, one thing is certain: Massaud says he’s not going to adopt the easy route.

“If I don’t feel like I can add something to the dialogue, I’m not going to do it,” he insists. “Design needs to be a service.”