The company said revenues were up 74.4 percent, and noted that gross margin for the quarter was 59 percent. 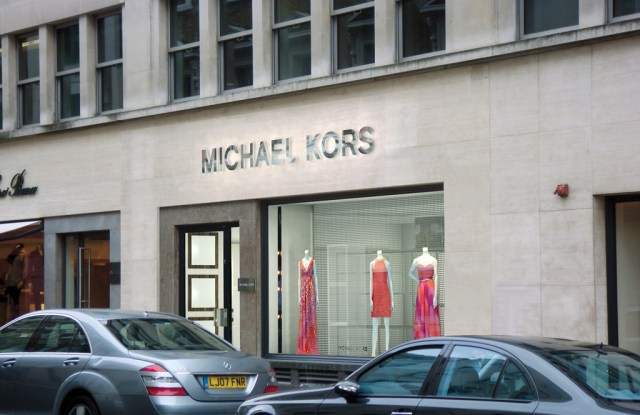 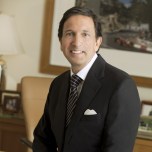 NEW YORK — Michael Kors Holdings Ltd. on Tuesday posted second-quarter gains on all fronts, from gross margins to net income to revenues posted for the period.

For the three months ended Sept. 29, net income attributable to shareholders more than doubled to $97.8 million, or 49 cents a diluted share, from $31.6 million, or 22 cents, a year ago.

John D. Idol, chairman and chief executive officer, told analysts during a conference call, “Our performance was driven by continued growth in comparable-store sales, strong performance of our new stores, successful conversion to shop-in-shops and department stores and the advances in our international expansion strategy, as we continue to build brand awareness.”

He told analysts that the company’s gross margin for the quarter was 59 percent, driven primarily by lower markdowns.

By category, Idol said the watch business continues to be “very strong” for the company since it’s a significant part of the retail business in company-owned stores. The firm is also putting greater emphasis on small leather goods. In addition, totes seem to be a huge category for “young girls,” with Idol noting that this consumer is “not only buying a handbag from us but many times she’s buying a handbag and a tote.”

As for retail sales growth, Idol said the business was driven in part by 66 store openings since the second quarter of last year. Total revenue growth was driven by a mix of accessories, footwear, watches, jewelry and eyewear, all of which accounted for 79 percent of the firm’s product assortment in the quarter.

By region, North American revenues rose 72 percent to $471 million, while European sales rose 97 percent to $57 million. Japan is still in development, with sales rising 129 percent to $5 million in the quarter. Idol said the firm’s travel retail business is “developing rapidly” as tours worldwide are bringing groups to the stores when at the airport.

The company is projecting the opening of 40 to 50 stores in North America during the current fiscal year. Idol said the firm remains on track to open 10 to 15 stores annually in Europe. The planned store increase for fiscal 2013 for Japan is 10 new locations.

The ceo said 55 stores saw disruptions from Hurricane Sandy, and while they have reopened, he said many areas “remain challenged” and it is difficult to predict when the consumer behavior would return to normal in those affected areas.