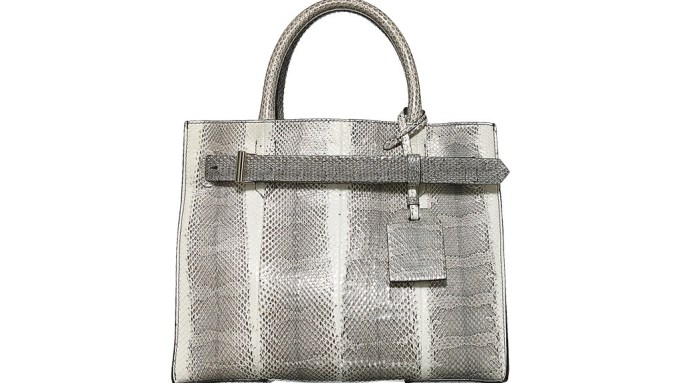 Reed Krakoff is out on his own and stepping up his retail openings.

The designer last year bought his namesake brand from Coach Inc., which had been backing him while he was its president and executive creative director. Now the independent company is set to open its first two stores: a 750-square-foot boutique at 4 Rue de Marignan in Paris, opening in October, and a 2,700-square-foot unit at 93 Green Street in SoHo, opening in November.

In addition, a new handbag design, RK40, is launching in November. Krakoff’s Web site immodestly identifies four handbag styles as icons, including the RK40, which was being sold in limited quantities during New York Fashion Week at an online pop-up shop. Krakoff signed all 25 handbags, which ranged in price from $1,990 to $2,400, and sold out in less than a day.

“It’s something we worked on for 12 months,” the designer said. “We have new leather qualities, new hardware, new exotic skins and new treatments. It’s something we feel will be part of our assortment for a long time.”

At the presentation of his spring collection today Krakoff will display a larger selection of RK40s, including one-of-a-kind pieces in hand-dyed alligator and other one-off artisan versions. The company will take preorders after the show.

“We’ve always had as part of our core strategy a retail rollout,” said Krakoff, whose only store, at 831 Madison Avenue, opened four years ago. Krakoff had opened a unit in Tokyo when his brand was owned by Coach, but that store shuttered.

“There are somewhere between 10 and 15 key cities where we will begin to open stores,” he said. “As those stores open, we’ll start looking at secondary locations.

“New York is our home,” Krakoff said. “It’s where we have a strong consumer base. It made sense to leverage that awareness by opening a second location downtown.”

Each store will have its own identity since “many luxury consumers shop across different cities,” Krakoff said. The SoHo store, with raw oak floors, wood and glass vitrines, felt furniture and gunmetal fixtures, will offer the full assortment of ready-to-wear, handbags, leather goods, footwear, sunglasses, watches and jewelry. Walls with architectural niches and soffits were painted with pops of cobalt. Krakoff called the environment “luxurious industrial.”

The Paris store has lacquered walls, antique marble flooring and Ronan and Erwan Bouroullec’s AIM lights hanging over the shoe area. Fashion shows and Krakoff’s video collaborations will be projected on the walls. Both stores will have a rotating selection of installations and furniture. “The idea is to rotate the pieces once a year and bring the store to life,” Krakoff said. Sottsass Associati has designed a custom fixture for the SoHo store and the Bouroullecs are creating a custom installation for the rear of the store called “The Cloud.”

For today’s presentation of Krakoff’s collection, “one of the things we’ve been thinking about is how do we convey a personal and more intimate idea of the brand,” the designer said. An installation at the Hosfelt Gallery on West 36th Street will showcase some of the company’s new digital work. “You’ll arrive at a curated gallery space where we’re you’ll see looks we photographed using 3-D technology,” he said. Live models were photographed in 360 degrees by Steven Sebring and different parts of the four-room gallery are devoted to different product categories.

“The idea of the collection is about icons,” Krakoff said. “We wanted to distill the iconic language of the brand.”