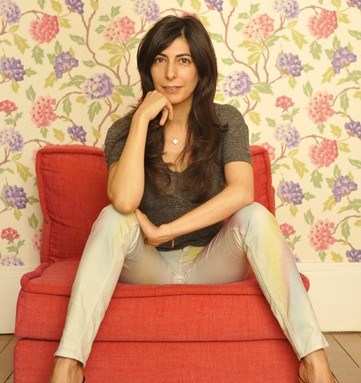 PARIS — Overexposed to everything that’s on the market, fashion editors are also the first to see what is missing from it. To wit: A new wave of Paris-based style mavens are channeling their personal fashion cravings into niche fashion lines.

Take Virginie Dhello, fashion editor of Be, a new Lagardère-owned magazine due for release this year, who is on to the second collection of her jewelry label VV Jewels. “None of us are coming out with new concepts, as such,” she said. “We’re just readapting [fashion categories] with regards to our personal needs.”

Minako Norimatsu, a columnist for the hip Japanese fashion magazine Spur, for which she also styles and reports, is among a close-knit group of editors here succumbing to their creative itch. She has a fledgling jewelry line, Minakoquine Jewels, with lines of dressing gowns and handkerchiefs in the pipeline.

“Being a journalist and stylist is fun and that’s my main job, but it has certain limits. I’ve always made things on the side and what encouraged me [to design] was when I customized a bag which was photographed everywhere I went,” said Norimatsu, whose past projects include a line of Ladurée-themed Yukata (cotton summer kimonos) for Isetan to mark the opening of the first Ladurée store in Tokyo a year ago in June 2008. Norimatsu said she likes to bounce ideas off of fellow editors. “We call it brainstorming tea time,” she said.

Here’s a roundup of stylist projects, reflecting a range of categories and styles:

Background: Eslami worked on the design team of Vivienne Westwood for eight years, has freelanced for Agent Provocateur and designed corsetry for Ungaro. Today, she works as a freelance stylist for magazines including Purple, French GQ, Le Figaro and Tank.

What: “The problem with lingerie is that it is either fashionable, but lacking technical details, or vice versa. I wanted to combine both,” said Eslami. Her young-spirited capsule collection features graphic lingerie ensembles in black, white and off-white in flowery tulle, cotton voile, lace and jersey combinations with inventively placed embroidery details.

Retail: Prices for this “affordable luxury” label go from around $35 for a panty to $100 for a bra.

Background: Reports and styles for magazines including Spur, Vogue Nippon and Harper’s Bazaar Japan, and consults for a number of Japanese and French labels and stores.

What: Minakoquine Jewels, a line of customized necklaces carrying antique charms sourced by Norimatsu, which recently launched at the Isetan department store in Tokyo. Norimatsu has also designed a line of handkerchiefs, Minakoquine Handkerchief, on which Marie-Hélène de Taillac has collaborated, which hit the new Tokyo-based Ron Herman store in November. Norimatsu’s designs sport motifs of her mascot pooch, Piwi. The Japanese editor is also working on a line of dressing gowns, Minakoquine Kimonos, that will be produced by a traditional Japanese company using European fabrics.

A Swedish model-turned-stylist tries her hand at green clothing>>

Background: Based between Paris, London and Ibiza, former model Yvonne Sporre’s first styling gig was for Italian Vogue in the Nineties. Since then, Sporre, who is Swedish, has acted as a fashion consultant, creative director and stylist to a number of brands including Balenciaga, Missoni, Loewe and Paul & Joe, and also handles home decoration projects. Three seasons ago, she launched her eponymous green-oriented clothing line based on machine-washable, handmade maxi and mini T-shirt dresses with jazzy screen-prints and handiwork such as embroidered motifs. Kate Moss, Sienna Miller and Chloé’s Hannah MacGibbon are said to be fans.

Spring: Sporre’s designs include patchwork, Liberty and spiral batik prints in fluorescent or neutral shades. Additions include an all-in-one crocodile print bustier jumpsuit that rolls down to form a low-slung miniskirt over a legging, a “Mexican birds” print and gold foil sleeves that crack when washed. All dresses come in distressed and nondistressed versions. “They’re vacation clothes, I think when people see them they feel happy,” said Sporre, who dreams of one day driving the collection around in a gypsy caravan. “It’s not very realistic, but then again, who wants to be realistic?” she laughed.

What: Leetha, a made-in-Mongolia cashmere line launched last season by Minchella and her partner Caroline Baltz Nielsen, who is from the luxury timepiece sector. Distributors include Maxfield in Los Angeles and Le Bon Marché in Paris.

Spring: A broader range of pieces in ultrafine cashmere and silk meant to represent a complete wardrobe, from vest tops to djellabas and jumpsuits. “Cashmere is my favorite material, but I could never find what I was after. The cuts were never modern,” said Minchella. A cashmere baby line launched on the brand’s e-boutique in December. Minchella has also designed a capsule line of gold jewelry pieces for jewelry brand AS29 that entered Colette in October. More jewelry designs are in the pipeline, she said.

Background: Fashion editor of Be, a new magazine due for release by Lagardère later this year.

What: VV Jewels, distributed on the Web site My-Diamond.com. A few styles are also sold at Colette.

Spring: “I was after pieces that are funky, but as fine as possible using unusual material mixes such as pink gold with black diamonds,” said Virginie Dhello, whose just-launched second jewelry collection explores a pink theme. Case in point: Dhello’s daisy ring in translucent pink quartz, pink gold and white diamonds.

Retail: Prices range from approximately $420 for mini hoop earrings to $1,800 for a gold and diamond bracelet.

Return to beginning of story>>