The designer is slated to unveil 14 large-scale photos of the luxury vehicles and give a talk at a bespoke event today at the company's headquarters. 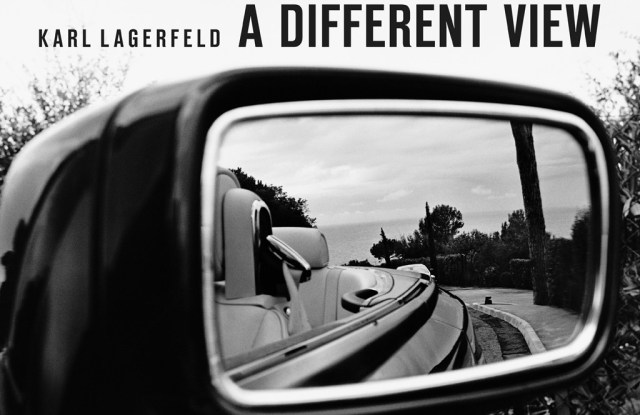 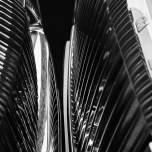 PARIS — Rolls-Royce Motor Cars has tapped Karl Lagerfeld for an ultraexclusive photo exhibition at its headquarters in Goodwood, England.

More than 100 high rollers — Rolls-Royce customers, prospects and VIPs — are to attend a bespoke event today, at which Lagerfeld is slated to unveil 14 large-scale photos of the luxury vehicles, and give a talk.

Other, smaller groups are to visit the photo showcase, titled “A Different View,” during its five-day run.

Lagerfeld told WWD he took the photos of the vehicles over the summer in Ramatuelle in the south of France. He calls them “concrete abstractions” — unusual perspectives on details of the car’s gleaming surfaces and geometry. “It’s about reflections of trees and sky on the car,” he said.

While Lagerfeld gave up driving at age 30 after crashes in a Mercedes and Jaguar, from which he emerged unscathed, he’s attracted to elite automobiles. “I love beautiful cars — I like them as objects,” he said.

Among the models Lagerfeld photographed is a Phantom Drophead Coupé.

Lagerfeld’s exhibition and address are part of a series of events entitled “Icons of Art” that draw links between ultraluxury cars and the passion, innovation and attention to detail that goes into art-making.

Lagerfeld’s photos, for example, were printed on a special handmade paper to exalt the quality of the image.

Rolls-Royce handmakes all its cars at the Goodwood facility, which Lagerfeld said he was eager to tour.

An in-demand photographer in addition to his design work for Chanel, Fendi and his signature fashion house, Lagerfeld said he also just did a series of abstract photos of furniture for Italian maker Cassina.