The 4,200-square-foot store is the first men’s boutique in the U.S. 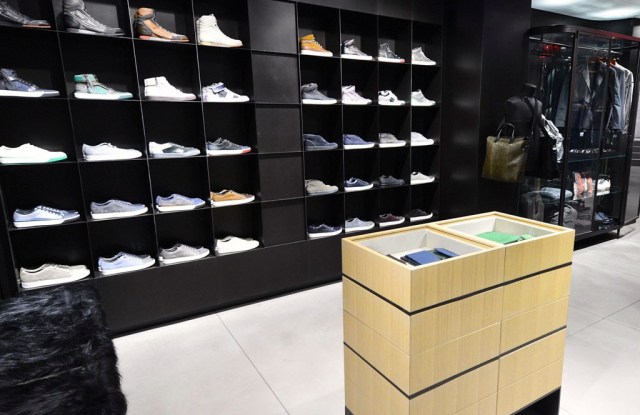 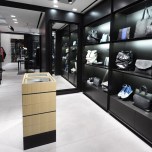 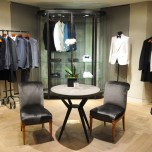 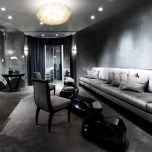 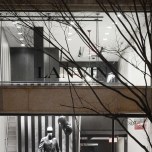 NEW YORK — Lanvin marked the opening of its new men’s boutique at 807 Madison Avenue with a party on Tuesday evening. The crowd, which included Theophilus London, Monique Péan, Timo Weiland, Alexis Stoudemire, Charlotte Sarkozy and Dr. Lisa Airan, explored the three-level store, located in a historic townhouse. Two of the floors above the store are occupied by Lanvin offices.

This story first appeared in the February 14, 2013 issue of WWD. Subscribe Today.

The 4,200-square-foot store, which opened to the public last month, is the first men’s boutique in the U.S. and is situated a few doors away from an existing women’s boutique at 815 Madison Avenue. The store design is a new concept conceived by Lanvin designer Alber Elbaz and architects MR Architecture + Decor. A similar design is used in newly opened Chicago, Hong Kong and Beirut boutiques.

“A man needs to be reassured, to be heard, to get straight to the point, and to know in an instant that he is in a place of expertise. I wanted to recreate the spirit of an hôtel particulier where each wall, each piece of furniture, each detail alludes to a savoir-faire and discreet luxury which calls upon the highest quality materials,” said Elbaz, who was not present at the opening party.

The first floor houses the runway collections of men’s designer Lucas Ossendrijver, with the rear spaces dedicated to sportswear, accessories and sneakers. The latter category has been a key sales driver in men’s, and this season Lanvin introduced its first cross-training sneaker.

Tailored clothing, furnishings and formalwear are housed on the second floor, including a built-in wall unit for dress shirts and an antique vitrine for bow ties, pinned like butterflies. The third floor offers a VIP salon and made-to-measure service, in an elegant room anchored by an Art Deco chandelier and the townhouse’s original fireplace.