The brand is slated to open its first U.S. retail outpost in Buckhead Atlanta and will show its contemporary Blue collection during New York Fashion Week. 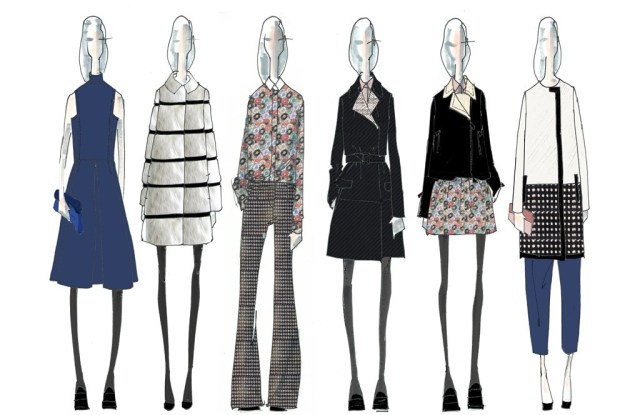 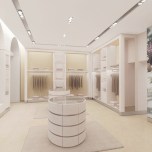 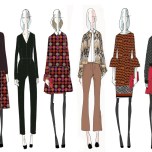 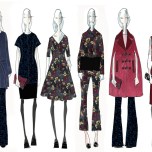 The brand, owned by the Bologna, Italy-based BVM SpA and known for its luxury knitwear, has ambitious plans for brick-and-mortar openings in the States, the first of which will open in June in the luxury shopping and dining destination Buckhead Atlanta. There, Les Copains will join brands such as Hermès, Brunello Cucinelli and Etro.

“Buckhead Atlanta makes an attractive market,” said Francesco Leone, chief executive officer of BVM USA. “It is a very sophisticated shopping area, and when we’d been approached by the developer, Oliver McMillan, we found an attractive opportunity. We felt it was a good starting point.”

Leone said the company, which already operates eight stores in Europe and Asia, is also eyeing potential locations in Houston, Dallas, Chicago and Boston, and a second retail outpost is slated to open at an undisclosed location in the second half of this year. It’s part of a new strategy to focus on key U.S. markets and is indicative of a renewed faith in the American market as a whole, as the U.S. generates 25 percent of Les Copains’ global revenues.

The company operated a New York flagship at 807 Madison Avenue from 1996 to 2007 — the brand owned the entire building at the time — but shuttered the store after selling the building as an investment. A New York flagship is still a goal, though Leone said it will not be one of the first locations rolled out.

The appointment of Stefania Bandiera as the house’s creative director in September was one of many changes the brand has undergone over the past several seasons. Before Bandiera — who had already been a member of the design team, and is also the wife of Mario Bandiera, the brand’s founder — Scottish designer Graeme Black designed the collection for one season, while previous designers include Alessandro Dell’Acqua, Antonio Marras, Antonio Berardi and Albino d’Amato.

“Regardless of the collaboration of different designers, in the end, the design team is responsible for keeping the line faithful to the core of Les Copains,” Leone said. “Now, we have brought back the line and the artistic direction in-house, and it gives us leverage in keeping control over the cohesiveness of the line. Stefania has great experience, she’s been with the company for a long time.…We believe that we have everything we need now to keep the line in the direction that we want to see it.”

Leone said footwear and handbags, which started last season, will continue to be expanded, “in order to give a cohesive and complete message for our customer. In a retail strategy, that becomes very important.”

To further the U.S. push, Les Copains hopes to make a splash this New York Fashion Week with its contemporary Blue Les Copains collection, which will appear on the New York calendar for the first time. Thirty percent of total Les Copains worldwide revenues are generated by Blue Les Copains, and the Blue collection makes up 30 percent of the brand’s revenues in the U.S. Leone, who added that the lines have their own distinct personalities, said the company plans to expand Blue at U.S. retail as well.

“It’s really exciting to be able to bring what I’ve done with [Blue] to the American market and to the New York fashion scene in particular,” said Peter Som, who joined the company as designer of Blue Les Copains last January.

Som said he is used to juggling projects and consultancies — he has previously collaborated with Anthropologie, Lancôme, Kohl’s, Design Nation and others — in addition to helming his namesake line since 2001. “What I think is great about the consultancy with Blue is that they have such an amazing team in Italy with amazing resources,” he said. “The history and the technology they have in terms of the knitwear and the sewing — it’s really the best of Italian craftsmanship.”

For the upcoming fall collection, Som said he was thinking about “a touch of Seventies in terms of some of the colors, but also a little bit of a romantic sensibility.” The Blue Les Copains show will be held Feb. 19 at the High Line Room at The Standard Hotel.