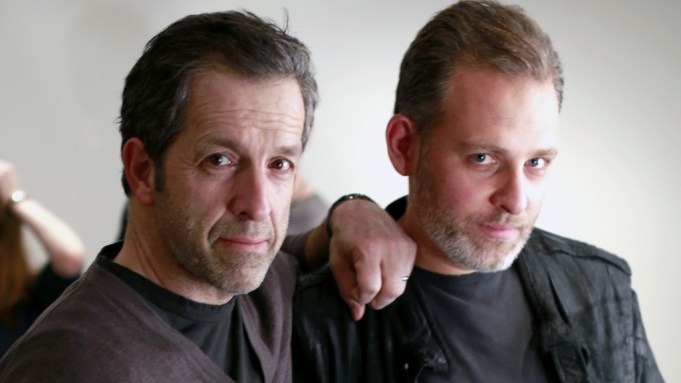 NEW YORK — Kenneth Cole’s passions will converge this week as he accepts an honor for 27 years of AIDS activism from amfAR tonight and returns to the runway after a seven-year hiatus Thursday night at Skylight Modern here.

As chairman of amfAR, Cole is working closely with IMG Fashion to bring the charity’s message to New York Fashion Week. The amfAR gala is part of the official show calendar, which will be kicked off with a special ribbon cutting by Mayor Michael Bloomberg at 6:45 p.m. tonight at Cipriani Wall Street, where the gala takes place.

“As I returned to fashion week, it was important for my show to be about something bigger than just fashion,” said Cole. “While we’ve made tremendous strides towards finding a cure for AIDS, there is still much work to be done.” Cole’s brother-in-law, Gov. Andrew Cuomo, is expected to present the designer with his award. Others to be honored are Janet Jackson and Heidi Klum, both of whom are ambassadors for amfAR.

In support of amfAR, Cole and Sarah Jessica Parker have created a limited-edition evening bag that Parker will auction at the gala. The bag, which carries the inscription “We’re All Potential Carriers,” includes a condom inside and was inspired by the notion that every woman should look stylish and be safe. The bag will be featured on Cole’s runway on Thursday. To raise additional funds for amfAR, 20 of the bags will be sold during the live-stream of the fashion show with 100 percent of the proceeds earmarked for amfAR. Parker said she’s pleased “this bag will help raise money and awareness for the 30 million people living with HIV and AIDS.” The gold-dusted black snakeskin clutch, which retails for $1,000, has a gunmetal frame etched with Parker’s name.

During the live-stream of his show and throughout New York Fashion Week, Cole will also donate $1 to AIDS research@amfAR for every @KennethCole follower who tweets using #KCRUNWAY, up to $30,000.

In an interview at his offices Monday while preparing for his fall runway show, Cole talked passionately about his involvement with amfAR and why it’s so important to him. He first got involved with amfAR in 1985, when it wasn’t fashionable to talk about AIDS. “Everyone was overwhelmed. Everybody was frightened. It was a black cloud looming everywhere. It was on everybody’s mind but not on everyone’s lips. That was because of the devastation and stigma,” he said.

A marketing decision turned into a very personal one to get involved, he said. “I found an opportunity to play a very meaningful role in a very critical initiative at a very meaningful time,” said Cole. He was asked to join the board in 1987, and in 2004 he became chairman. Mathilde Krim, the then-chairman, was in her late 70s and was thinking of stepping down, and she said the only one she wanted to succeed her was Cole. “I was reluctant because I had a day job. I agreed to do it conditionally. The organization agreed to restructure itself in a way that it could be appropriately energized. I figured I’d do it for a little while, and I’m still doing it,” he said. Cole’s role was to oversee communications and handle the branding, messaging and advertising.

“Right now we’ve made huge progress. Somebody has been cured, but there are still 34 million to go. We can feel that ultimately we’re very close to finding that evasive cure. This is that final stretch,” said Cole. He said he had not agreed to be honored in 15 years but figured now was an important time. “It’s not the best way to make friends in the industry. But people step up and want to support you.” He said the gala has been sold out for two weeks and there are 900 seats.

Cole is also the executive producer of an HBO documentary titled “The Battle of AmfAR,” which premiered Jan. 18 at the Sundance Film Festival. The documentary brings to life the story of two women — Mathilde Krim and Elizabeth Taylor. Done with a lot of archival footage, the documentary chronicles the AIDS journey and explains the medical circumstances and the relationship to the virus.

Asked how long he plans to stay as chairman, Cole joked, “I’m chairman until I can get out. There are no term limits. Hopefully when we find a cure, I will find an exit.”

Turning to his own business, Cole said he’s excited, especially in light of the fact that he took the company private last year. “I feel I’ve been totally reenergized and reinvigorated as a private company. You can’t build a fashion business with a short-term perspective, unless you’re prepared to make investments that you know are not going to pay dividends immediately. It’s very difficult to compete in this very competitive, ever-changing industry.” At present Cole is handling the chief executive officer responsibilities, following the departure of Paul Blum. “There are a few less layers and everyone’s more empowered, and it’s a little more streamlined. Everybody’s enthusiastic,” he said.

This week Bloomingdale’s opened a new women’s collection shop for Kenneth Cole on the third floor of the flagship. The women’s line, which in recent seasons hadn’t been carried by Bloomingdale’s, is housed near Eileen Fisher. Cole plans to make an appearance at Bloomingdale’s on March 16. Other retailers that carry the women’s collection are Lord & Taylor and Nordstrom. Cole is also unveiling a new shop concept at its SoHo store on Thursday. “We’re building a concept store that will be called Kenneth Cole Production. We’ve made it more of a production and it’s more experiential,” said Cole. The company is also working on a coffee-table book that will come out at the end of the year called “Kenneth Cole Production,” which highlights the 30-year journey. A curated online retrospective, “30YearsBold.com,” will break Thursday with a teaser to be followed by a full release in August.

The big news at the company is Cole’s return to the runway. He said he left the runway seven years ago because the industry had changed in a profound way and the runway no longer made sense. “It became an obstacle with what we were trying to do with the business,” he said. They decided to step away and fix the business first. With the introduction of social media, the runway plays a different role in people’s lives, he said. In the past, people consumed products by purchasing them or aspiring to purchase them. “Today 98 percent of the people who view most of these shows have no intention to consume the product. But they all do consume it in other ways. They consume it by shooting it, posting it, tweeting about it and blogging about it. Today all of this is used to define oneself. We’re always curating our lives though Pinterest, Instagram and through our Facebook pages. We share it, we ‘like’ it, we post it. Today this content is consumable by everybody who sees it. It’s a different world. It just changed overnight. Now it’s a very exciting time. It’s an extraordinary platform, the runway. You have access to reach this global audience in a very efficient and productive way,” said Cole.

He noted that the runway show is not a Kenneth Cole show. “It’s an @kennethcole show. It will be available simultaneously live on all our social platforms. It will be live-streamed, live tweeted, live Instagram, live Pinterest, live Twitter,” said Cole, who himself is a big user of social media.

Last year Cole hired Kobi Halperin as creative director. “The clothes are very cool,” said Cole, adding he will also relaunch his footwear and handbags. Cole described the mood of the women’s sportswear line as the merger of streetwear and couture, with a little bit of fantasy but wearable clothes. “There are some fun, accented pieces. It’s a little boxier, very comfortable and easy to wear. There’s lots of layering, and accessories continue to be very important,” said Cole. They’ve upgraded the fabrics and are using coated tweeds and jacquards; metallic-coated knits and sweaters; foiled scuba-style Neoprene that creates the look of vintage leather; laser-cut metallic leathers, and a lenticular material that looks like a hologram.

At present, 50 percent of Kenneth Cole’s business is generated through its own retail stores (there are 75) and 50 percent through wholesale. Cole said they’re not looking to open more freestanding stores. “We’re looking to reinvent some of our existing stores,” he said. He would also like to do more overseas business, having recently opened a few stores in India with partner Reliance. “We don’t have a big presence yet [overseas]. We’re working on it,” he said.