By Lorelei Marfil and Paulina Szmydke-Cacciapalle and Nina Jones and Julia Neel on September 20, 2017
View Slideshow 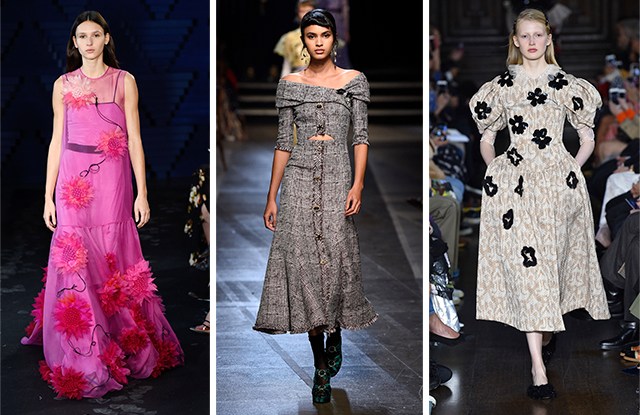 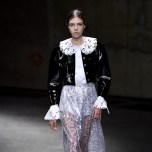 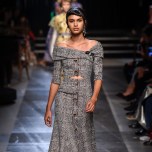 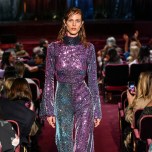 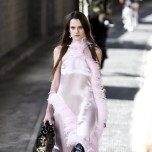 LONDON — Despite London Fashion Week being overshadowed by a terrorist attack, the industry kept calm and carried on. Buyers from both sides of the Atlantic largely praised the collections for their diversity, eccentricity and creativity.

“Like New York, London also felt uneven. The highs were satisfyingly high and the lows were unexpected and disappointing,” said Linda Fargo, senior vice president of the fashion office and the director of women’s fashion and store presentation at Bergdorf Goodman. “There were some significant standouts for us — J.W. Anderson, Michael Halpern, Erdem and Simone Rocha, all with developed, appealing and distinct signatures. The upbeat trend of offbeat colors required more sophistication but when done well was something we’re happy to get. There was too much exaggerated volumes and excessive deconstruction for us.”

“London is also a great city for other lifestyle products — home, jewelry, gourmet — as well as it is extremely rich culturally, making our trips here inspiring and productive overall,” she added.

Ken Downing, senior vice president and fashion director at Neiman Marcus, had one word for London: “Lovely.” So lovely, indeed, he had to balance the visuals with a quick trip to the Tate, he said, for some hardcore art stuff.

“Usually there is an eclectic eccentricity around London but for spring the city was in a much more romantic mood, more low-key than in previous seasons. It was less frantic and less energy-packed, and I think this is a product of all the transition we are seeing in the market right now. New York did not deliver; London delivered with beautiful, romantic clothes,” he said.

Among his favorites, Downing listed Roksanda, Mary Katrantzou, Erdem and Simone Rocha, and said he would keep a close watch on Faustine Steinmetz, whom he called “a great talent.” He was excited about the bubble skirt and the softer sherbet shades on the runway, including yellow and a mint green. He welcomed the return of the blazer and the boyfriend jacket, with a softer shoulder. Downing also noted the Eighties references that came through via exaggerated sleeves — not forgetting the Pet Shop Boys and Tears for Fears songs backing the shows.

The biggest takeaway from Lisa Aiken, retail fashion director at Net-a-porter, was diversity “of ideas to the casting, presentation formats, street style — and collections ranged from the easily accessible to the couture-like. It all made for a very exciting week.

“Most of our London designers have reached a stage where they are managing significant and consistent commercial businesses that continue to perform very well,” said Aiken, who noted that the e-tailer’s budgets continue to increase.

She said the mood of the season that continues from New York is one of overt femininity, albeit in London it was tempered with a Brit-girl edge. Among the trends that Aiken pointed to were pastel colors, an abundance of ruffles and floral prints, summer tailoring, bold prints, exaggerated silhouettes and shine.

Helen David, chief merchant at Harrods, said that she has seen quite a turnaround from casual street looks to prim and proper with a saturation of eveningwear at most shows. “It’s less about daytime and more about after hours,” said David. “I loved Ralph and Russo’s debut ready-to-wear show; they’ve transitioned seamlessly from couture to daywear and put on a show that would rival any Paris runway.”

She said Natasha Zinko was her favorite show and pointed to the designer’s use of denim and her array of evening looks, which were sexy but feminine.

“Femininity is back,” observed Ida Petersson, women’s wear buying director at Browns. “We also found that there was a real sense of celebrating femininity, from Ashish’s beautiful, ethereal dresses to Ashley Williams’ move away from hoodies and into the coolest power suits out there. We have been so impressed with the talent that’s come out of London and there are still two cities to go,” she noted. She singled out pastels such as several different shades of lilac, baby pink and yellow and fire engine red, her personal favorite, as a big trend.

Petersson hailed Halpern as the king of glamor, and also lauded Preen, Burberry and Roksanda for “the most beautiful satin dresses and the colorblocking.”

The Browns executive said budgets were up across the board. “Our business is seeing a strong positive growth, so we need to make sure that we support this increase in demand. Our customers love British designers but sometimes where they fall short is on deliveries. The average customer today is all about immediacy and will often buy early on in the season so I cannot stress enough the importance of timely deliveries.”

London takeaways for Gramston included Gareth Pugh’s provocative film with Olivier de Sazagan, Marques’Almeida’s femininity with silks and feathers styled with flat motorcycle boots and Christopher Kane’s crystal flat sandals. She called the latter the shoe of the season and gave kudos to Supriya Lele, who showed as a part of Fashion East. She noted that London designers are sought out for their creativity and originality and perform consistently well at Selfridges.

Natalie Kingham, buying director at Matchesfashion.com, said the terror attack did not affect the retailer’s approach or schedule. “We are Londoners and we carry on,” she said. In her view, the week’s collections were inspiring, upbeat and creative but also very accomplished, wearable and polished.

She pointed to Roksanda’s simplistic styling and color palette which she said was much softer than usual. Among her favorite looks were the blue rope tie suit and the simple long natural dresses and long duster coats. She noted that Erdem brought a touch of old glamour to his show and said it was “beautifully executed.” She said at J.W. Anderson, there was feminine and naturalistic quality to the collection, a soft edge which hasn’t always been apparent previously. She touted Mother of Pearl as another highlight. “I loved the stand-out outerwear with quilted floral pieces, as well as the exaggerated silhouettes and the brand’s signature ruffles and flare sleeves cinched with pearl detailing were again must-have pieces.”

Alexandra Gordon, women’s wear buyer at Liberty said that the British capital still provides some of the most innovative, diverse and exciting fashion out there. “Despite the challenges London has faced over the past year, there was a real sense of optimism coming from the brands which was nice to see,” said Gordon. “It was great to have several brands added to the runway schedule for the first time like Richard Quinn, A.W.A.K.E. and Rejina Pyo. London Fashion Week provides a stage for these young designers to support and nurture their work, which is so important. It’s for this reason London Fashion Week remains my favorite.”

She pointed to Richard Quinn and A.W.A.K.E. among her standout shows and noted Tuğcan Dökmen as an interesting discovery. “Although the brand is not completely new it’s still relatively under the radar,” said Gordon. “This season’s collection was beautiful. Models were seen sitting or standing in layers of multicolor tulle. There’s always a mythical element in her work that makes you feel transported to another universe. It’s definitely one I will keep a close eye on.”

Coco Chan, Stylebop.com’s head of women’s wear, said that the terror attack was unfortunately a reflection of the complicated times and obviously impossible to ignore. “One can’t help but become slightly more vigilant and wary and at the very least this hopefully contributes to the greater safety,” said Chan. “But at the same time, it can’t be a deterrent for everyday life so, like everyone else, I feel compelled — perhaps ever more so than before — to just keep doing my job.”

While Chan could not disclose budgets, she said that both emerging and established British designers have fared consistently well on the site and the e-tailer’s budgets continue to reflect that. “London offers a great mix of uniqueness, innovation and street-friendly attitude. Here the emphasis is always on how singular pieces translate into the street rather than prescribing a rigid, total look. This is an ethos that our customers connect to quite naturally and perhaps it also captures the larger shift happening in fashion at the moment. Also, in these uncertain times, there’s an increased demand for creativity and energy and the British designers deliver that in spades,” she said.

“London designers are setting the example at the moment and others should take note,” she added.