There were parties galore during the four-day fair – including a postcard exhibition and dinner hosted by Moncler on Friday night.

By Lorelei Marfil and Julia Neel on October 10, 2016
View Slideshow 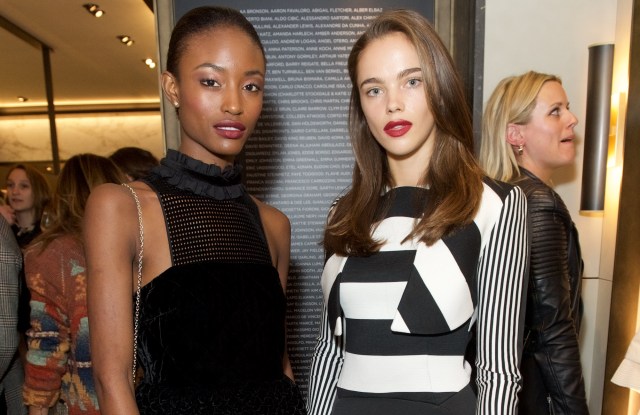 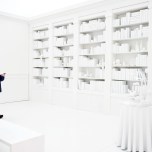 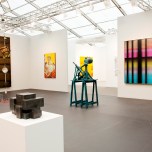 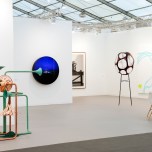 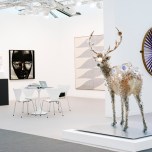 LONDON — Art collectors are clearly an agnostic bunch when it comes to politics, currencies and the stock market, judging from the buoyant results from Frieze Art Fair, which wrapped on Sunday.

There were parties galore during the four-day event — including a postcard exhibition and dinner hosted by Moncler on Friday night — and clearly little impact from the drama surrounding Britain’s upcoming exit from the European Union and the pound’s roller-coaster ride since Prime Minister Theresa May unveiled plans to trigger the Brexit process in March.

The British currency flash-crashed to a 31-year low of $1.18 last week, before recovering to $1.24, its current trading level.

The 14th edition of the fair at Regent’s Park took place a week earlier this year, ahead of the Jewish holidays, with some 160 galleries participating. Sales took place in a variety of currencies and exhibitors argued that their high-flying clients are insulated from macro-economic wobbles.

On the Oct. 5 Frieze preview day, the L.A.-based gallery David Kordansky said the stand was nearly sold out, with the majority of interest from buyers outside the U.K. Mary Weatherford’s “Spike Driver’s Moan” was sold to an Asian collector for $185,000.

“People are still hungry and looking to buy quality artworks from either great emerging — or historic — artists. They are taking their time looking for work,” said Raphael Lepine, sales associate at Kordansky.

“We’ve done well with all of those artists selling their work here at the fair to an international crowd, people who are here, but not physically here. We’ve done really well with John Wood, and we sold several Evan Holloway sculptures as well. Those are the artists who have made peak sales,” he added.

Lepine said the devalued, post-Brexit pound was having little impact on sales.

“With the buyers being from all over the world, not all of them are necessarily buying in pounds. Everything here is priced in dollars because we are an American gallery and people are paying in very many different currencies so the pound does not necessarily affect them. And a lot of the collectors who are buying work are high-net-worth individuals who are not necessarily affected by the economic state.”

Abby Bangster, artistic director for Frieze Americas and Asia, said sales were strong at the London edition, both in contemporary art and at Frieze Masters, which specializes in historic and 20th century works.

“Works at a variety of price points were selling well, from both established artists and those at the beginning of their careers,” said Bangster, who added that the gallery was “encouraged that, despite fluctuations in the international economy, the art market has remained steady.”

At David Zwirner, a work by Kerry James Marshall was sold for $1 million (it will go to an American museum) while another painting was sold for $600,000 to a private collector.

A new work by Yayoi Kusama was sold for more than $1 million, while a painting by Bridget Riley was purchased for 700,000 pounds, or $870,180 at current exchange, by an Asian collector.

Gallerist Maureen Paley noted that buyers “seemed very upbeat and energetic for us, particularly on the opening day when a lot happened.”

Paley noted that buyers were interested in both established and emerging artists. “We did well with Wolfgang Tillmans, Rebecca Warren, Anne Hardy and Paulo Nimer Pjota,” said Paley.

In terms of people investing in art during the current economic climate, she said “art is its own ‘state’,” adding that the gallery quotes in many currencies including dollars, euros and pounds. “While the pound being lower can be positive, in some cases it is not the main currency we work in,” she said.

Frieze debuted a new gallery section called “The Nineties,” highlighting contemporary work from the decade selected by the Geneva-based curator Nicolas Trembley. It included works by Tillmans and Karen Killimnik’s “Fountain Of Youth (Cleanliness Is Next To Godliness)” installation.

Frieze Live, which focuses on innovation, included the illustrator Julie Verhoeven’s project “The Toilet Attendant … Now Wash Your Hands,” which was mounted in one of the bathrooms. The illustrator took part herself and was dressed as a toilet attendant standing next to an “honesty trolley,” with proceeds from goods donated to charity.

Events outside the fair took place all week, with Moncler hosting an exhibition of secret postcards at its new Bond Street store. The postcard artworks were available for purchase at the store with proceeds earmarked for student scholarships at the Royal College of Art.

During a cocktail reception to launch “Moncler Freeze for Frieze,” nearly 400 “anonymous” postcards by artists, fashion designers and VIPs were on display.

“I am a little bit upset that neither of mine have sold,” said Royal Ballet soloist Eric Underwood, gesturing around the racks of exhibited postcards. “I did a couple of abstract drawings using a black marker, but I can’t say which ones are mine – it’s all very secret. I just hope they have sold by the time the exhibition closes, or I’ll be very embarrassed.”

The cards are on sale for 60 pounds, about $75, and guests could only find out the name of the cards’ creators by purchasing them – and it was quite a roll call of names.

“Everything we like has been sold,” said Dan Caten, who attended the party with his twin brother, Dean. “We really like that little ink painting of the cat, but it’s gone too.”

The Canadian brothers are avid art collectors. “The last thing we bought was a Warhol of Elizabeth Taylor from 1965. It’s in red; she keeps an eye on things in the house,” added Dan.

“I bought two; I am going downstairs now to pay and see who they’re by,” said Henry Holland of the postcards. “I hope it’s by someone big like [David] Bailey or [Anthony] Gormley.”

Art is a topic very close to the heart of Moncler’s chief executive officer and chairman Remo Ruffini. He said he’s passionate about the world, “especially how meaningful it is as a language, a means of communication, encompassing one’s personal views and abilities. Art, in my opinion, is a pure expression of creativity able to capture a single moment and transport its entirety into the future.”