London Men’s Preview: Ones to Watch

London Fashion Week Men's kicks off this Saturday and here are a few fresh faces on the scene. 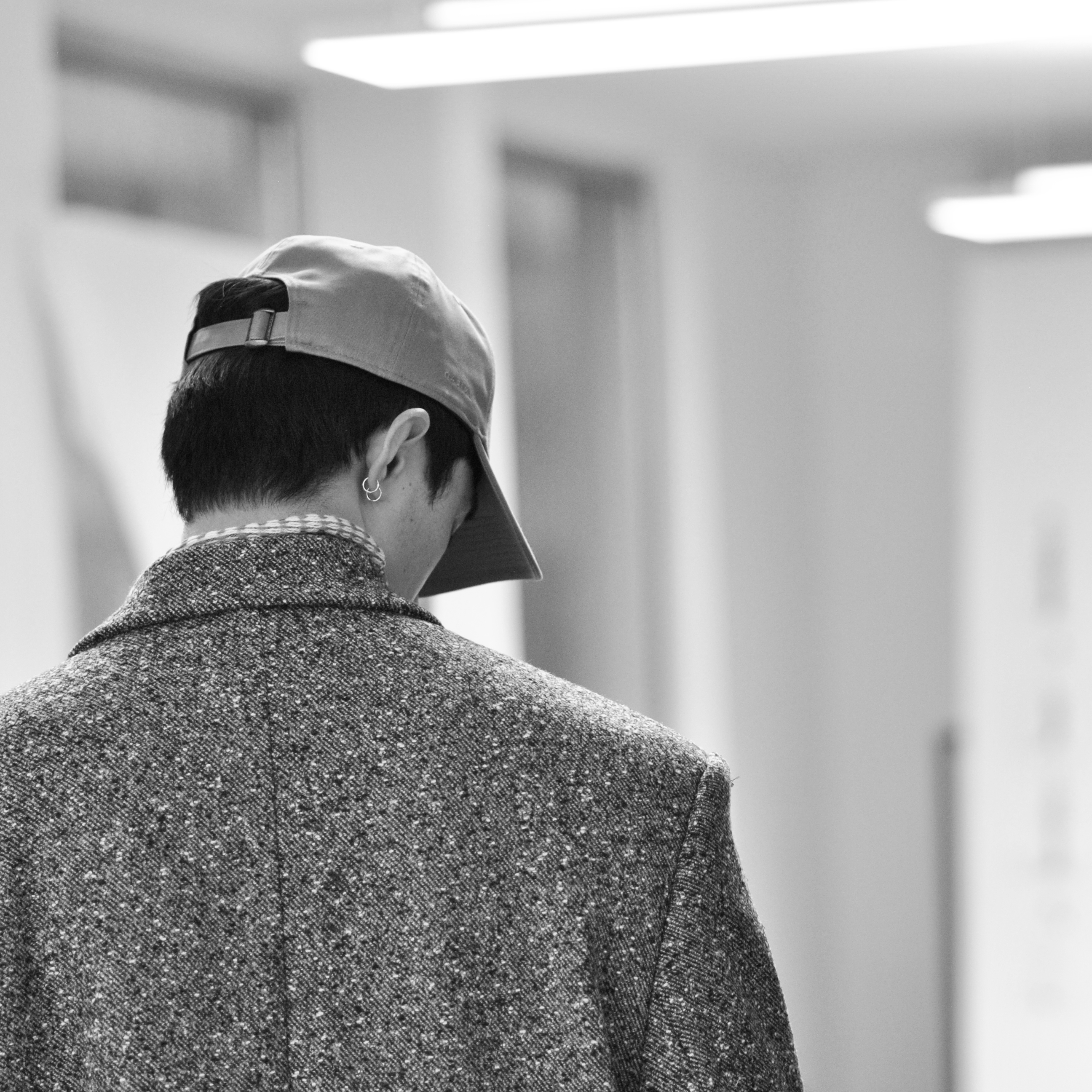 The death last year of emerging talent Khalid Al Qasimi, second son of His Highness Sheikh Dr. Sultan bin Mohammad Al Qasimi of the United Arab Emirates, did not stop the brand from moving ahead, and into a new decade.

The designer’s twin sister Hoor Al Qasimi, who has taken over as creative director of the brand, said she is determined to preserve and further Khalid’s legacy, “by continuing to do the work that he loved and devoted his life to, and to keep fighting for the same values and ideals that he stood by.”

With a background in contemporary art, she is new to the world of fashion but has been “learning a lot about the business through his very devoted team that has been a great support to me. The art world is indeed very different from the fashion world, but I’ve noticed a lot of crossovers that have helped bridge the gap,” she said.

“With my experience as someone working in the contemporary art scene for the last 18 years, I am more than certain my influences will be visible,” she added. Qasimi holds a bachelor’s degree from Slade School of Fine Art and a master’s from the Royal College of Arts in London. She is the president of the Sharjah Biennial, is the founder of the Africa Institute and sits on the board of directors of MoMA PS1.

The fall 2020 collection was designed by her late brother, with its ongoing theme of the Middle East, while Adam Rice will remain the head of design for the brand, ensuring a smooth transition. Qasimi said Rice “is continuing to work with me to create pieces that reflect the essence and originality of the brand.” 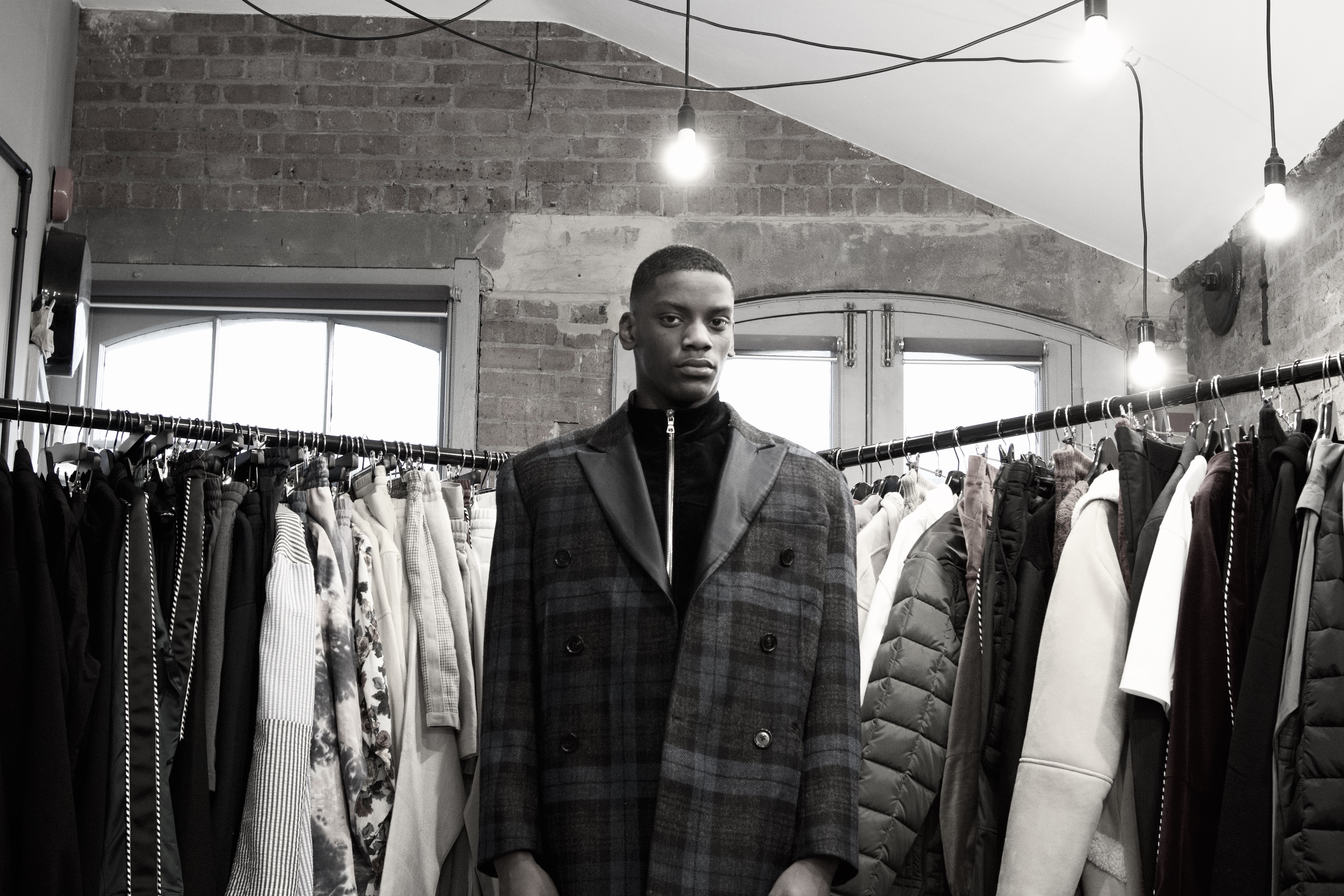 Pacifism, founded by Talal Hizami in 2019, is making its fashion week debut on Saturday.

Hizami described his upcoming presentation as a dream-come-true moment, as he had been hoping to become a fashion designer ever since he visited Tokyo at the age of 14, in 2007. The speed of city life — and its abundance of fashion — planted a seed in him that is still growing.

The new collection centers around the idea of a “higher power,” with Hizami aiming to tell a personal story and connect to his roots in Saudi Arabia, his family, and his childhood. He’ll offer up his own take on the cable knit sweaters that he often wore growing up and has used plaids reminiscent of his old school uniform.

Although he has no professional training in design, Hizami believes there is a place for his take on streetwear and modern elegance.

“As a creative, I wanted to set out to offer products and garments with a designer attitude at a more accessible price point. As a consumer, I always shied away from the hype in the search of things that last, so I want Pacifism to bring that to the market,” he said. 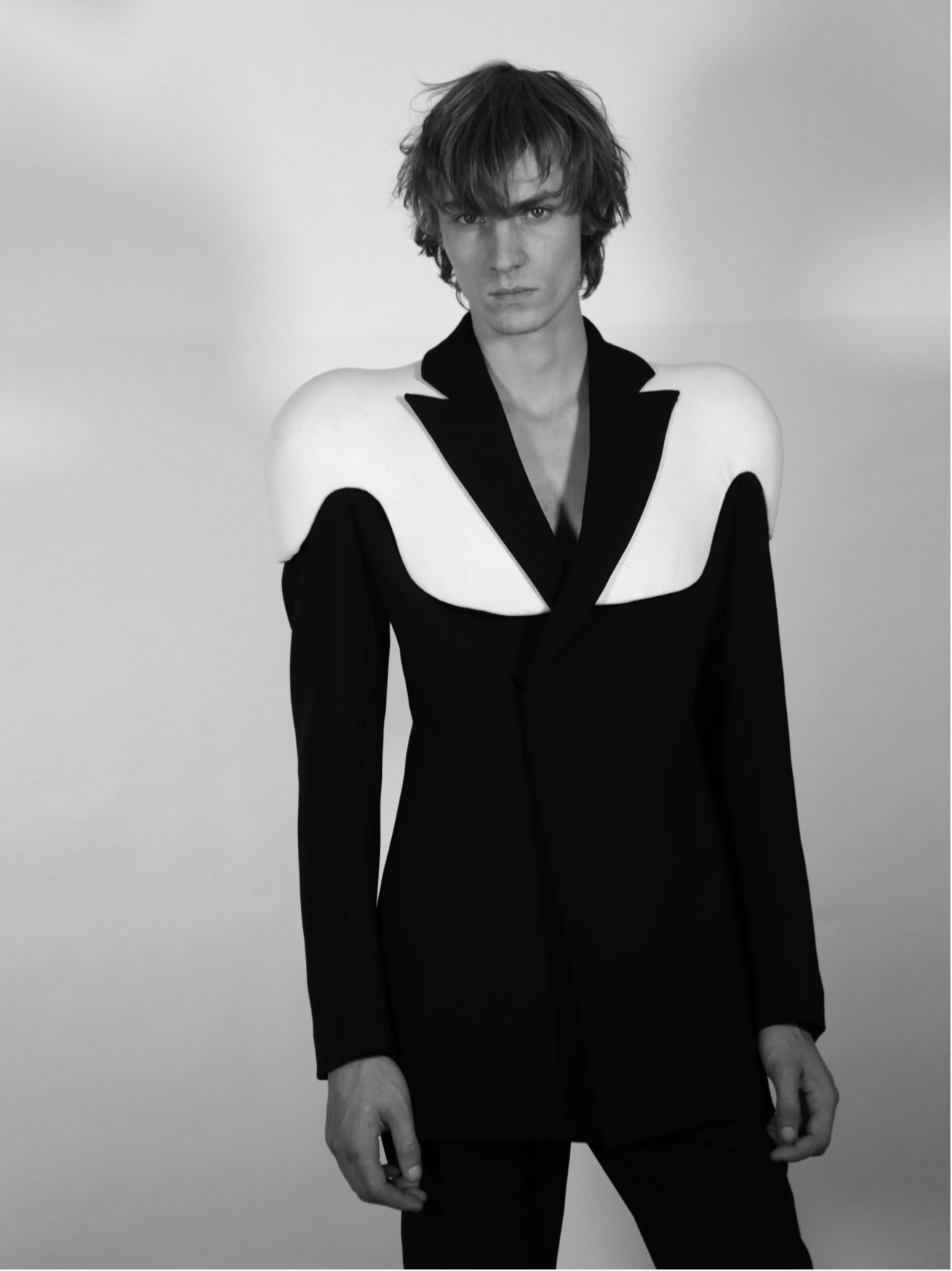 The first Indian-born graduate of Central Saint Martins MA Fashion program, Kaushik Velendra’s aim is to bring sartorial glamor back to the London men’s wear scene, which has been dominated by alternative club kid style.

Having gained attention with his graduate collection, which featured futuristic, bionic couture-like capes and armor, he is looking to expand his vision during his men’s fashion week debut at the Discovery Lab in East London’s Old Truman Brewery.

His fall 2020 collection will feature around 20 looks with heavy embroideries and fine tailoring.

“It will be a show and a performance put together. An atelier, a live setup, an Indian embroiderer and pattern cutter working live. Everything that happens backstage, on stage. My photo wall turns into a runway, and the red carpet is the real reason for my clothes. I want to change how men dress up,” he said.

Velendra said he had a close relationship with Bollywood growing up in India, and his neighbor is Jean-Francois Lesage, of the French couture embroidery atelier Lesage.

Given that background, he understands what the 1 percent is looking for from a men’s wear brand and his collections are pricey. A jacket with beading can cost from 3,000 pounds to 8,000 pounds, while a pair of trousers retails for around 2,000 pounds.

Despite the challenges of Brexit, Velendra is optimistic about running a fashion start-up in London and he is proud to call the city his second home. After graduation, the designer was able to remain in London due to the newly introduced Exceptional Talent: Fashion visa scheme and support from the British Council in India.

“I was in a lost state after I graduated. They were very supportive and they wanted me to create the link between the U.K. and India in fashion,” he said.