British designers are hoping the halo effect from the Olympic Games and the Queen’s Diamond Jubilee will cast a similarly golden light on London Fashion Week. 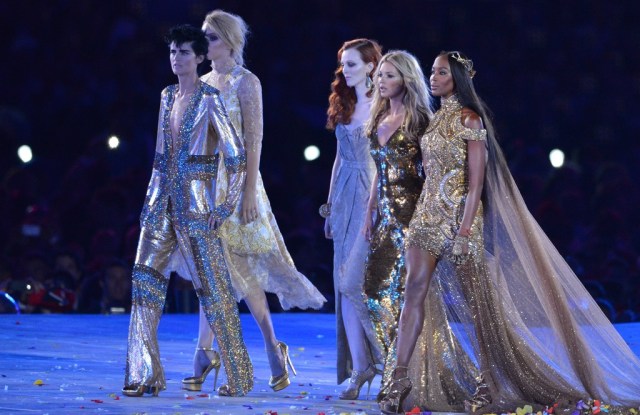 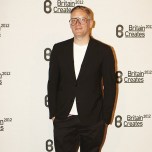 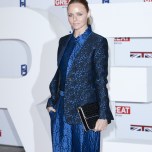 It’s no secret that the London Olympic and Paralympic Games initially met with a grudging reception from the town’s grouchy denizens, who fixated on the disruption that the Games would bring.

But when they finally rolled around, the Games’ success generated a surge of goodwill in the city. From Danny Boyle’s quirky opening ceremony celebrating Britain’s history to the British team’s uncharacteristic success at the Games, Londoners have since been basking in Olympic afterglow.

Britain’s Prime Minister David Cameron was quoted last month in The Sunday Times of London, saying, “Over a decade, we can use the Olympics to bring home business worth 13 billion [pounds],” or $20.4 billion at current exchange. “That’s more than the cost of the Games.” And 25-year Olympic sponsor Visa reported the Games will result in an economic stimulus of 5.1 billion pounds, or $8 billion, to Britain between now and 2015.

However, it’s unclear whether the halo effect from the Games and the Queen’s Diamond Jubilee in June will cast a similarly golden light on the local fashion industry and London Fashion Week, Sept. 14 to 18.

George Wallace, chief executive officer at retail consultancy MHE Retail (formerly Management Horizons Europe), said that while the two events had no doubt created a “feel-good factor” in the U.K., “it would be quite optimistic to think that factor would have a really positive impact on the fashion scene.” Instead, he contends that the Olympics and Jubilee instead simply provided a respite to Brits from thinking about “the squeeze on incomes and economic realities.”

Indeed, when it came to retail sales, the British Retail Consortium said this week that according to its BRC-KPMG Retail Sales Monitor, U.K. same-store retail sales in August fell 0.4 percent compared to the same month last year, though overall they rose 1.6 percent. The BRC said August’s retail sales had registered the slowest monthly growth since November 2011, driven by weak sales of nonfood items.

“Retailers’ hopes that the Olympics would inspire a pickup in spending were dashed as shoppers stayed away from the high street and enjoyed the spectacle from their armchairs,” said Helen Dickinson, head of retail at KPMG. “While, without a doubt, the Olympics brought a much-needed boost to consumer confidence, the country was ‘otherwise engaged’ in August, and the sales figures show a mixed picture.” She noted that women’s clothing was one of the categories hardest hit by the sales fall, as spending on discretionary items spun downward.

But while the Olympics might not have had an immediate and tangibly positive effect on the British fashion and retail sector, designers and industry figures have been doing their best to harness the buzz to inspire interest in Britain’s creative industries. During the Olympics, the government held a reception for the creative industries at London’s Royal Academy, as part of its Great campaign, which was launched to promote the country’s trade and tourism internationally during the Olympic year. The Duchess of Cambridge (wearing a dress by London-based Roksanda Ilincic), Lily Cole and Stella McCartney were among the guests.

And Caroline Rush, ceo of the British Fashion Council, said the organization has seen a “much earlier surge” in attendees registering for LFW this season, since the Games and Jubilee. “Clearly, everyone was…focusing on London not only as [a sports destination], but also [for] being a creative capital with this incredible opening ceremony and creative and cultural calendar, which has really enhanced the reputation of London.” Rush was referring to the London 2012 Festival, which spotlighted artistic happenings around the Games.

She added that LFW has had a strong response from buyers from the U.S. and Asia planning to attend, and that a number of media crews in London for the Olympics and Paralympics planned to stay in the city for the week, boosting the shows’ international coverage. “There are lots of crews in London who have been sent to cover what else happens in the city while the Games are happening, and a lot of that focuses around the creative industries,” said Rush. “And obviously, fashion being such a great part of London’s creative industries, there’s been a great interest in our sector here.”

Rebecca Robins, European director at branding consultancy Interbrand and coauthor of “Meta-Luxury: Brands and the Culture of Excellence,” said the energy from the Olympics and Jubilee “should have a positive cascade across [the U.K.’s] creative industries, increasing interest in established British designers, as well as having a halo effect for emerging new talent. From the opening and closing ceremonies to the sets and stages for the events, British culture, creativity and excellence have been at the very heart of [the Olympics],” said Robins. “I think we’ll see a continued reassertion by brands of their British heritage and core values.”

Mulberry creative director Emma Hill agreed that the summer events have lent London “a larger international audience. I think that can only have a positive effect on the fashion industry and London Fashion Week. People are talking about young Brit designers and the success of the older houses, plus there is a certain fascination and appreciation of British heritage and traditions that translates internationally. It’s lovely to be able to celebrate this unashamedly and through so many different mediums this year.”

Indeed, to further forge a connection between fashion and the Olympics, the BFC held events that allowed local designers to offer their creative interpretation of the Games. The Britain Creates project saw designers and artists team up to create works inspired by the “excellence and performance” of the Olympics and Paralympics. Among the works were a pagan-inspired mannequin created by Giles Deacon and artist Jeremy Deller, and a halo-style installation designed by Stephen Jones and artist Cerith Wyn Evans. Those pieces were exhibited at the Victoria and Albert Museum and then sold in a charity auction held at the Old Selfridges Hotel. Meanwhile, labels including Alexander McQueen, Christopher Kane, Burberry, Jonathan Saunders and Paul Smith were among those that dressed the gaggle of models — among them Kate Moss, Stella Tennant and Lily Cole — who paraded during the fashion segment of the Olympics’ closing ceremony. And as part of the opening ceremony, East London-based designers Christopher Shannon, Michael van der Ham and Nasir Mazhar dressed 350 dancers who appeared during one of the dance sequences.

But Rush said that while it’s been a welcome boon having the spotlight on London, the BFC continues to focus on its ongoing projects to build designers’ businesses. “This year, we’ve been fortunate to have the Olympics and the Jubilee to increase the focus [on London], and as a sector we’ve hopefully embraced that and taken full advantage of it,” she said. “But our strategy has [always] been to build all our events, build our showcases…and create environments to build our businesses and to grow.” Alongside London Fashion Week, the BFC also organizes traveling showroom events to showcase London designers’ collections in cities from Paris to Hong Kong.

Meanwhile, branding and retail experts agree that as the focus inevitably shifts from London, what the local fashion industry should aim to harness is the can-do spirit and the level of execution in London that was much-praised during the games.

Said Robins, “2012 has been about a culture of excellence. For brands, it’s a question of understanding what excellence means to their businesses…and how they continue to make that relevant for current and future audiences.”

Wallace concurred that rather than transforming London’s image, the events have confirmed its aspirational status. “London was already riding high,” he said, “and [the events] have cemented its reputation as one of the world’s great cities.”