London Preview: Ones to Watch 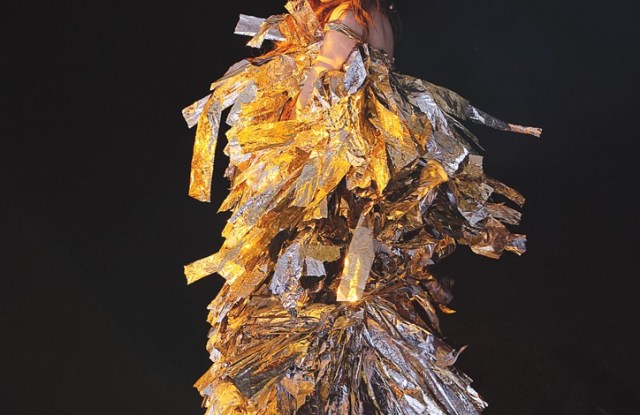 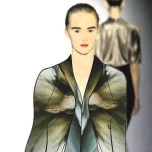 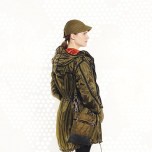 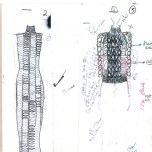 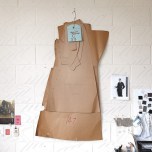 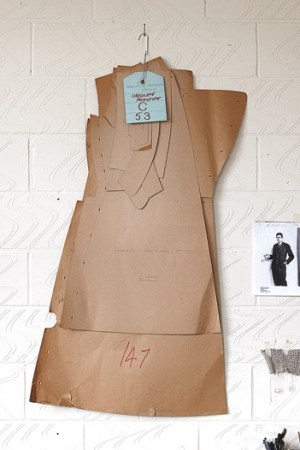 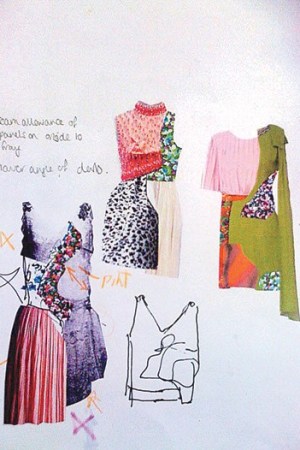 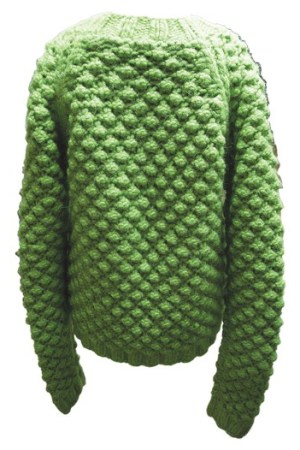 Maria Grachvogel is going global. The designer, who has built a substantial business on fluid shapes, abstract prints and sartorial sleight of hand, is returning to the catwalk this season — after seven years — to promote her first e-commerce site, mariagrachvogel.com. The site launches this week and helps women chose clothing on the basis of what they the love — and hate — about their bodies: “It’s all about hiding and flattering, that’s how women shop — and think,” said the designer during an interview at her freestanding store on Sloane Street.

The site, which will offer the designer’s full collection except for couture and bespoke items, will ship worldwide and offer same-day delivery in London. For fall, Grachvogel said the collection is “sculptural and dramatic,” and inspired by Katharine Hepburn. It features tailored jackets with peplums, draped silk shifts, and Grachvogel’s signature dresses with deep necklines and billowy sleeves. Her approach never changes: “Craft and cut are so important,” she said. “The whole purpose is to make clothes that women want to wear.”

For fall, he’s researched survival techniques of the Inuit — the native peoples of Canada — and the collection, he said, is about engaging with nature, rather than fighting against it. He’s been working with a stack of unused British battle dress jackets from the early Fifties and lining them with semaphore-printed fabrics. Raeburn plans to remain focused on outerwear, and will begin working vintage jersey into the collection for spring 2011.

“I am fascinated by finding warehouses filled with unused garments and giving them new life,” said the designer, whose collection is stocked at stores including Liberty, Browns Focus, Isetan Tokyo and Takashimaya in New York. Raeburn, a graduate of London’s Royal College of Art, has also recently launched an e-shop at christopherraeburn.co.uk, and plans to take his collection to New York at the end of March as part of the British Fashion Council’s London Showrooms traveling showcase.

Lawrence, known for his innovative use of metallics and knitted dresses, has given his fall collection a regal air, drawing inspiration from the Golden Age of Queen Elizabeth I. “This collection is all gold,” said Lawrence, who explores the various connotations of a monarch’s crown, from children’s costume to a symbol of absolute power.

Meanwhile, Lawler will launch his second collection of 10 looks, each created using his unique lacing technique, which he developed under the guidance of professor Louise Wilson, course director of the Master’s program at Saint Martins. “There are two processes, the knit itself and then the embellishment afterwards,” said Lawler, who weaves waxed cotton cord through his designs.

“For me the fabric acts like a canvas and then the cord really brings the silhouette to life and it becomes more sculptural.” For fall, his inspirations were the moody skylines of John Pipers’ paintings as well as their textural and kinesthetic qualities. “I really love the way the dark blues, blacks and grays merge into each other, and I could almost re-create that,” said Lawler, whose collection sells on couturelab.com.

This town’s men’s wear designers — who close London Fashion Week on Feb. 24 — are in an aggressive mood, with tough fabrics, bold colors and a don’t-mess-with-me attitude. Katie Eary, a graduate of the Royal College of Art, took Irvine Welsh’s dark novel “Marabou Stork Nightmares,” set partly in South Africa, as her inspiration. She described the feel of the collection as “urban safari,” filled with digital animal prints and bright, rainforest colors. “The impact will be outlandish, but the shapes are tailored and these are salable pieces,” said Eary, adding the show would have a “gangster couture” feel with an “army of evil kids.”

Carolyn Massey, whose interests lie in history and the evolution of sartorial codes, has based outerwear, tailored clothing and knitwear, on military patterns from World War II uniforms. She sells the collection through asos.com’s new designer division and at danieljenkins.com in the U.K. Her goals, she said, include expanding abroad — especially in Japan — and moving further into accessories. The fall collection also features belts, scarves and knitted balaclavas.

James Long’s collection has some decidedly artsy references, including Laurie Anderson’s stark and shadowy “O Superman” video. The designer, a graduate of the Royal College of Art, has worked with leather and sheepskin, and created knitwear with light-reflecting strands twisted into the cables.

Long, who sells the collection on Asos.com and at Browns Focus, has branched into other product categories, too, making sunglasses with Fabris Lane and shoes with the eccentric English brand Jeffery-West. “My vision is creating a whole look for men,” he said. “I don’t see the products as segregated categories.”

MICHAEL VAN DER HAM
Netherlands native and alumnus of Central Saint Martins’ master’s program Michael van der Ham takes a magpie approach to his collections. The designer, who made his London Fashion Week debut at last spring’s Fashion East group show, crafts dresses from patched-together pieces of mismatched fabrics and colors, such as silks, cottons, tulle and cotton tweed printed with foil. He described the technique as inspired by three dresses that Andy Warhol made by cutting and stitching together designs by Halston, Diane von Furstenberg and Oscar de la Renta. “This was before Comme des Garçons and Margiela,” said van der Ham.

For spring, Ikram in Chicago and Lane Crawford in Hong Kong have picked up his line, while Liberty is the label’s exclusive stockist in London. Eleanor Robinson, buying manager for women’s wear and lingerie at Liberty, said it was the “Artisanal quality and sense of craftsmanship,” in van der Ham’s collection that has made the line a hit with the store’s customers. Meanwhile, for fall, the designer says he’ll be working Liberty fabrics into his designs and mounting an installation in the Regent Street store’s window. Van der Ham added that this season he plans to further develop his collection, which is all handmade in his London studio, and described his approach for fall as “more expressionistic — using every color imaginable.”

The Master’s of Arts class of 2010 at Central Saint Martins is getting ready to make its mark during a runway show at London Fashion Week. The young talent includes Matthew Harding, who said his collection will take inspiration from Linda Carter’s Wonder Woman and Naum Gabo’s string sculptures. Harding’s collection of sheer jersey silhouettes accentuates the waist and hips and elongates the body. Rok Hwang has taken his cues from the work of artist Jorge Mayet and Folkert De Jong, and from Stanley Kubrick’s “Dr. Strangelove.” Hwang’s long wool jersey dresses have large, leather-covered wood and metal stars sprouting from the upper torso. Meanwhile, Lilly Heine said she was inspired by double wool crepe, which she describes as “the type of fabric you might find in a dowdy vintage shop,” and aims to give it new life with techniques like laser-cutting. The collection features stone-colored minidresses covered in mint green sequins, and multilayer architectural dresses.