Maggie’s: London’s Homage to the Eighties

Charlie Gilkes and Duncan Stirling, the owners of Maggie’s on Fulham Road, see their latest venue, as a “tongue-in-cheek” homage to the Eighties. 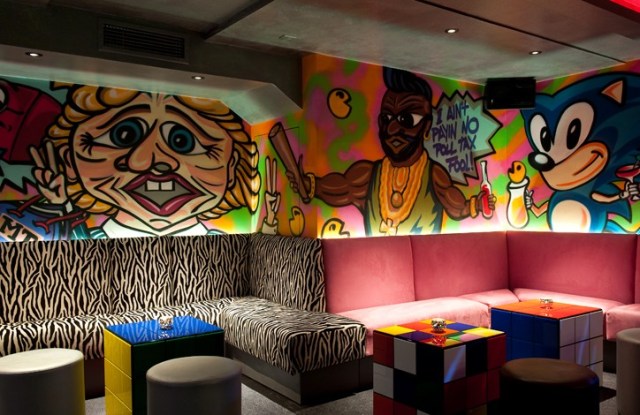 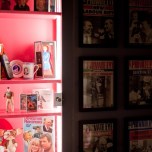 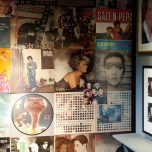 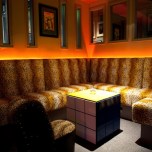 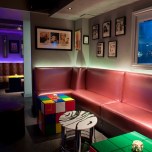 Waiters decked out as characters from “Miami Vice” and “Wall Street,” piped Margaret Thatcher speeches in the bathrooms, and a bar stacked with bottles of Babycham — a sweet, sparkling pear cider — might look more like extras and props from a B-film set than the stuff of a high-end members’ bar.

But London club entrepreneurs Charlie Gilkes and Duncan Stirling, the owners of Maggie’s on Fulham Road, see their latest venue, which opened in April, as a “tongue-in-cheek” homage to the Eighties.

“We were always slightly intrigued by this decade…it was something we felt we had an affinity with,” Gilkes, who was born in 1984, says over a Coca-Cola at the club one morning. “But Eighties nights for us conjured up Leicester Square [the touristy theater district], something quite cheesy. We thought it was about time someone did this decade more justice and built a more fitting tribute.”

Gilkes and Stirling first planted their flag on London’s club scene in 2006 when they launched Kitt’s in Sloane Square, a favorite of Prince Harry’s, when Gilkes was still studying politics at the University of Edinburgh. The duo have since sold Kitt’s, and after opening Barts, a London speakeasy style bar with a secret Sloane Avenue address, last year, they decided to create a nightclub that wasn’t in the business of taking itself so seriously.

Maggie’s takes its name from Margaret Thatcher, whose tenure as Britain’s prime minister spanned the decade. Gilkes and Stirling have packed the venue with memorabilia from those years, all sourced from eBay. Framed Chanel Cristalle advertisements and Private Eye covers from the era hang on the graffiti-covered walls, while “A-Team” figurines, David Bowie cassettes and “Gremlins” toys are displayed in glass cabinets in the club’s entrance. The music is, of course, exclusively Eighties, with tracks by Prince, Journey and Bowie, and the drama students who double as bar staff put on impromptu dance performances behind the bar.

There’s another Eighties aspect to the venue: its patrons. To partake of the club’s Eighties music and kitsch cocktails, those who visit must have been born in or before the decade.

“You’ve got to keep the age up, otherwise the older people feel a bit old,” says Gilkes with a laugh. “[The crowd] is a nice mixture of people who were born in the Eighties and who went clubbing in the Eighties.” Gilkes points out that Eighties icon Adam Ant has even paid a visit, although Britain’s new Conservative Prime Minister David Cameron, who came of age in the go-go Eighties, hasn’t stopped by yet.

Now, Giles and Stirling plan to take their clubs beyond the boundaries of London’s Chelsea neighborhood.

“We’ve got big plans,” he says. “There’s potential for us to take the concepts [of Barts and Maggie’s] to other places in London or the U.K., potentially even internationally at some point.”

In the meantime, the duo is working on the idea of an “operatic pizzeria.”

Gilkes says he believes that during these tough times, his upscale clientele are eschewing ultrachic bars for a more light-hearted experience.

“You just have to pick up a paper at the moment and read all about this bad news, and coming somewhere like here is escapism,” says Gilkes. “In this time more than any, people want to get away from it all and be a bit silly.