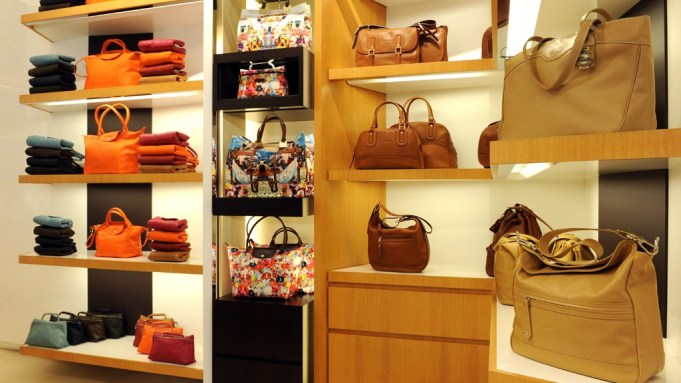 MILAN — Longchamp has unveiled its first store in Italy, which also is the first in the world to feature a space dedicated to its ready-to-wear and footwear.

Located in Via Spiga, the boutique covers 2,700 square feet, standing as one of the brand’s five biggest stores in the world. The new flagship, which replaces a former Bulgari banner, will be celebrated with an event in September.

Chief executive officer Jean Cassegrain trumpeted the “volume and impact of the location,” remarking on the relevance of Milan. “We needed to be present in a strong way. It’s difficult to find the right spot, but this opportunity presented itself.” Cassegrain conceded Italy’s economy is “not great,” but underscored that the company doesn’t “work for this year or the next, but for the long-term.”

The brand is already available at 100 points of sale in Italy. Last year, sales in the country shot up 62 percent compared with 2010. To contribute to the growing brand awareness here, billboards with Longchamp ads will be featured for four weeks on restoration scaffolding on Milan’s iconic duomo — a prime spot for visibility.

Longchamp’s colorful Le Pliage bags, as well as those designed in partnerships with Kate Moss and London designer Mary Katrantzou, are displayed in the boutique, where walls are positioned to resemble leather pleats. Glass, lacquered surfaces and light wood contribute to the brightness of the venue.

A staircase leads up from the grand entrance on the ground floor to the apparel and footwear space. “We wanted a more intimate and reserved area, comfortable and feminine, with a luxury feeling,” said Cassegrain, adding that footwear will be entirely made in Italy starting next season.

The men’s line and the luggage division, which Cassegrain said is significant, accounting for 10 percent of sales, are positioned on the lower ground floor.

Cassegrain said he is looking to secure a location in Rome, which is not proving to be easy, given the limited number of top spots. Up next are a boutique in Monte Carlo and a second unit in London.

The brand is available at 1,700 points of sale in the world, including 238 directly operated stores.

Global revenues in 2011 rose 22 percent to 390 million euros, or $542.1 million at average exchange, compared with 2010. Cassegrain said sales gained 50 percent over the past two years.  He attributed the success to the Longchamp product, to “stable distribution and policies. We are an independent company, and have the ability to work long- term in a regular and consistent manner.”