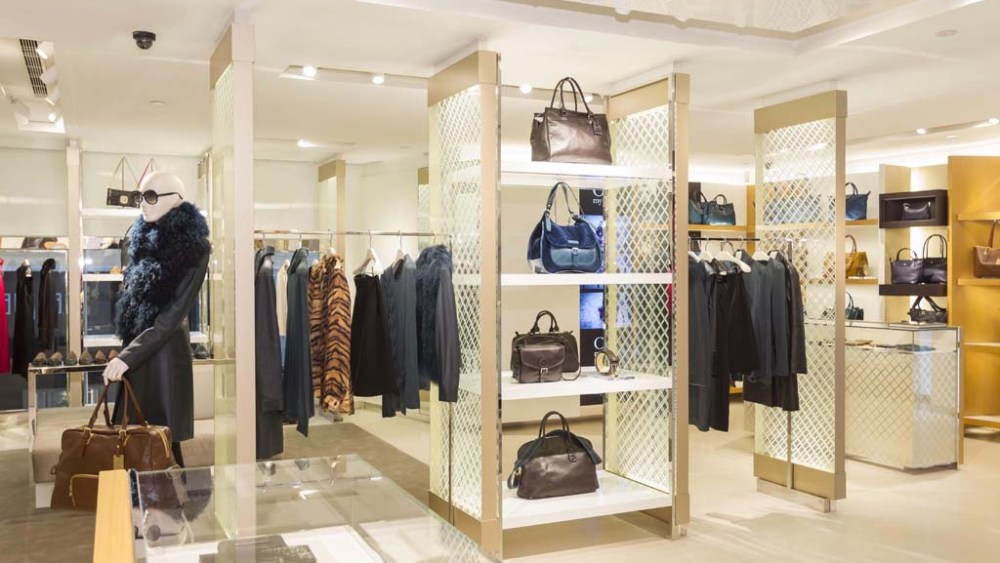 HONG KONG — Longchamp, the French luxury bag maker, is getting ready to celebrate the opening of its new Hong Kong store.

To stand out on the busy Canton Road, Longchamp’s new store has a specially designed glass and gold filament storefront that lights up at night. Another unique element of the store is colorful stripes that run along the wall of the glass staircase. Women’s handbags, apparel and shoes are on the first and second floors while the men’s and travel bags are on the third. The store was designed by architect Eric Carlson from the Carbondale agency, the firm that designed the brand’s new global design concept two years ago.

This is Longchamp’s second store in Hong Kong and its fourth shop in Hong Kong’s Tsim Sha Tsui district. The brand’s other flagship, located on Queen’s Road Central on Hong Kong island, is also about 5,000 square feet. Cassegrain emphasized that two of the brand’s three largest stores worldwide are in Hong Kong.

“That’s saying something” about Longchamp’s interest in China, he said.

Longchamp now has 14 stores in nine cities in Mainland China and plans to open a new store in Kunming soon as, well as other second tier cities. Asian sales make up 22 percent of the company’s global sales and the region is the fastest growing market. Despite concerns about China’s slowing economy, Cassegrain said Longchamp hasn’t seen any impact and that sales continue to grow at a strong pace. He declined to give further details or sales projections.

To celebrate the new store opening, the brand will hold a ribbon cutting ceremony Wednesday afternoon followed by a party featuring Hong Kong celebrities such as Carina Lau as well as Chinese actress Gao Yuanyuan, who is Longchamp’s first brand ambassador in China. Longchamp designers also created a special bag featuring an embroidered dragon to celebrate the Year of the Dragon.