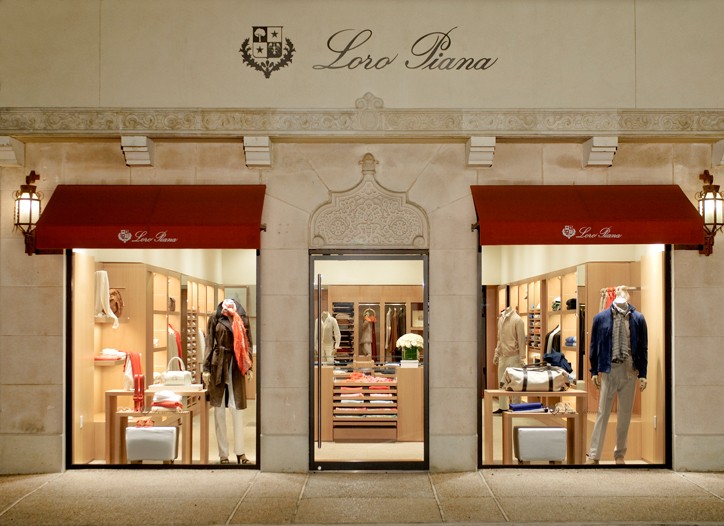 TOKYO — Despite a grueling market for luxury goods, Loro Piana managed to post sales growth in 2008.

For the year, the company reported revenue grew 1.4 percent to 426.3 million euros, or $627 million at average exchange, as sales of Loro Piana’s luxury products, like cashmere sweaters and wool suits, helped compensate for a decline in textile sales. Revenue would have risen 5.1 percent at constant exchange rates.

“It’s not how we would like it to be, but it’s better than what we expected,” co-chief executive officer Pier Luigi Loro Piana told WWD. “We think one of the solutions for overcoming difficult moments is to offer new things with products that are very attentive to value.”

As for 2009, the executive said it’s difficult to make forecasts, but he’s expecting another year of consolidated sales growth despite a stagnant textile market.

“If demand for men’s wear fabrics falls, that will hit us, and there could be a contraction [in textile revenue]. By how much, I don’t know,” he said. Speaking more broadly about the health of the Italian textile industry, he said the current economic crisis is the worst in 40 years, but he’s hopeful that business conditions will improve next year.

Loro Piana was in town before heading to Beijing to host the company’s 10th edition of its World Wool Record Challenge Cup, a contest pitting mills from Australia and New Zealand against one another to produce the finest wool. This year’s award, which is being presented today, is going to Kay and Garry Wilson, who run the Australian Highlander Ultrafine Farm in Tumbarumba, New South Wales. They produced the record bale with a thickness of 11.5 microns. This year’s award ceremony, the first to be held in China, follows past editions in cities such as Tokyo, Moscow and London.

“We think that the Chinese market, which is continually more attentive to quality and has become a big market for fine wool…will understand the importance of this event,” Loro Piana said, adding women’s blazers made from the 2007 award-winning fabric will also be unveiled at the proceedings.

The family-owned Italian company opened its first store in China, in Shanghai, in December 2007. Last year, it added three more boutiques in Beijing, Changchun and Shenyang. Loro Piana also has an established presence in Hong Kong, where it has five stores. The most recent opened last month in the city’s airport, a major hub for luxury brands.

The executive said the brand has experienced encouraging sales in Mainland China, but is holding off on more stores for now. “For 2009, it’s a matter of wait and see,” he said. “We want to have 12 to 18 months of feedback….If we have a good response in this more difficult period, it will be easier to decide whether to proceed with a very focused expansion in China.”

Meanwhile, Loro Piana is confronting more saturated market conditions in its key markets of Europe, the United States and Japan by focusing on product innovation and bespoke services to give the company a competitive edge. One of these new brainstorms was the Wave line of fabrics, made from twisted yarn composed of merino wool and silk. The smooth and silky fabrics are adept for a wide range of garments from formal suits to women’s eveningwear.