Praino died of Alzheimer’s disease at a nursing home in Somers, N.Y.

Born in Frascineto, Italy, Praino moved to the Bronx and received an associate degree from the Fashion Institute of Technology. He took his first job at P.R.L., an outerwear firm, then became a patternmaker at Teal Traina. He eventually became head of production for Teal, the company’s moderate price division, before joining B.H. Wragge.

From 1973 to 1980, Praino was president of the Ralph Lauren Womenswear division of the former Kreisler Group.

Ralph Lauren said Monday, “Very early on as I was developing my women’s wear line, Louis Praino took on the very crucial role of head of production and the sample room. He loved what he did and his special passion and commitment were very instrumental in helping me bring to life my vision for Ralph Lauren Womenswear.”

Stuart Kreisler, who owned and was chief executive officer of the Kreisler Group, added that Praino was an expert in being able to take Lauren’s men’s wear sketches and interpret them for a woman’s body. “He could interpret what designers wanted. He was an extremely talented executive,” he said.

During Praino’s career, he also worked in product development at Calvin Klein Jeans.

“Louis was incredibly passionate about product and very proud to make it beautiful — men like him who knew the craft of design, construction, fit and manufacturing are rare — he was an incredible asset to our company. I am sorry to hear he has passed away,” said Andrew Rosen, who worked with Praino when Rosen was ceo of Calvin Klein Jeans.

Praino was president of Pierre Cardin Sportif, a unit of Beldoch Industries, from 1980 to 1984, and was named vice president of production and product development for Karl Lagerfeld ready-to-wear (part of Bidermann Industries) from 1984 to 1986.

“My biggest nightmare was as fast as Donna Karan was growing, how are we going to deliver all this product on time? He was really instrumental in making sure everything flowed smoothly, the quality was right, and the merchandise was delivered on time,” said Ruzow.

“He was a big teddy bear,” added Ruzow. “He was typical Italian. Nothing bothered him, very cool, and calm and collected under pressure, a really wonderful man.”

Donna Karan added, “He was such a nice man. He supported, connected and helped manifest the vision from his heart and talent “

Following DKI, Praino became executive vice president of worldwide sourcing for Pegasus Apparel Group in 2000, and was among the company’s first corporate-level hires. He left Pegasus in 2001. 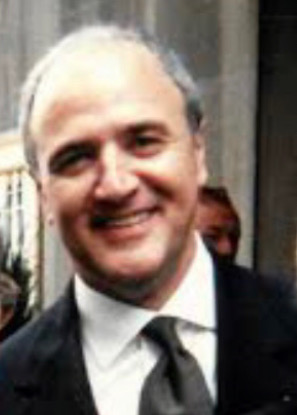 At two points, Praino had his own firm, Praino Ltd., which originally made sportswear and dresses, but he closed it in 1973 due to insufficient capital. He later started Praino Inc. up again in 1987 and focused on outerwear.

Praino raised his family in Irvington, N.Y., and Katonah, N.Y. He is survived by his wife, Ann Marie, whom he married in 1974; three sons, John Douglas, Joseph Patrick, Michael Thomas, and a daughter, Gabriella Francesca.

A memorial service is planned for October.