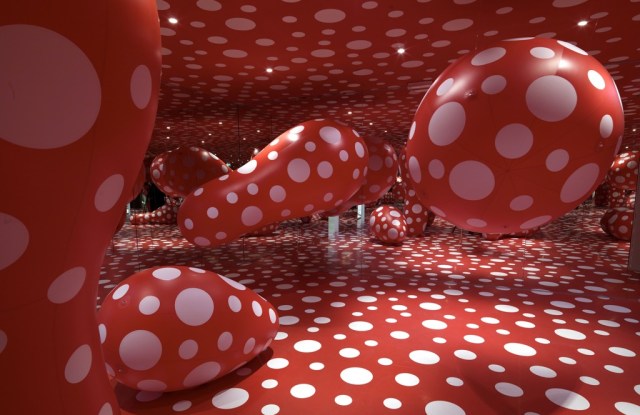 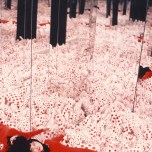 Confirming a Nov. 22 report in WWD, the French luxury goods company on Friday said its artistic director Marc Jacobs has collaborated with Japanese artist Yayoi Kusama on a broad range of products, including leather goods, ready-to-wear, accessories, shoes, watches and jewelry. The products are slated to debut in Vuitton boutiques in early July, along with special window installations.

Kusama, 82, is best known for her obsession with polka dots, which she has painted since age 10 and applied to canvases, tree trunks, entire rooms and even people. She has also done collages, soft sculptures and performance art.

The Kusama project — tied to a major retrospective winding up at the Centre Pompidou in Paris and heading to the Tate Modern in London and Whitney Museum in New York — is likened to the 2009 reissue of iconic Sprouse motifs such as graffiti prints and roses married to iconic Vuitton products.

The Sprouse range came in tandem with a retrospective of the late designer and artist at Manhattan gallery Deitch Projects.

A Vuitton spokeswoman described Jacobs as a longtime fan of Kusama, noting the American designer visited her studio in 2006 while on a trip to Japan.

Vuitton is a supporter of the Kusama exhibit at the Tate Modern, and plans to display some of her artwork inside its London flagship on New Bond Street, she noted.

However, it is understood Jacobs will not showcase any the collaborative designs on the runway during Paris Fashion Week on March 7 — the same day Les Arts Décoratifs here will inaugurate an exhibition, “Louis Vuitton ± Marc Jacobs,” showcasing the development of the 19th-century trunk maker along side Jacobs’ 15-year career there.