A Look at the House Museums of Louis Vuitton, Chanel and Gucci

A selection of special orders is on display at the fashion houses' private museums. 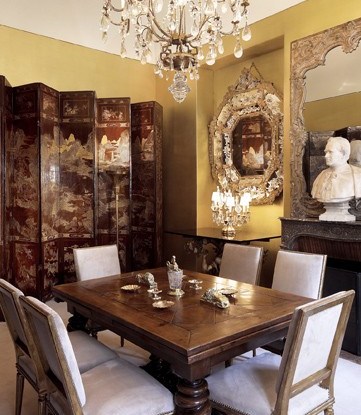 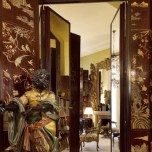 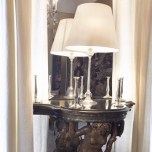 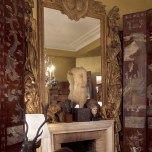 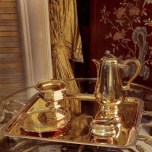 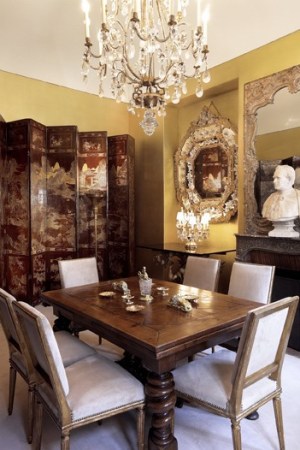 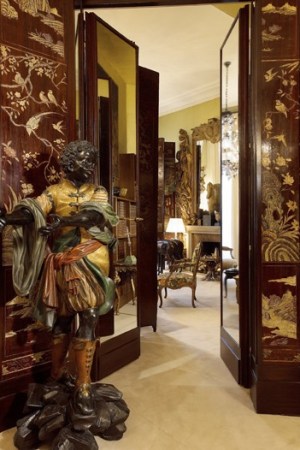 PARIS — It took three craftsmen at the Louis Vuitton workshop in Asnières, outside Paris, 100 hours to build a traveling case for the 13.6-pound soccer World Cup trophy.

When they finished, Patrick-Louis Vuitton, the great-great-grandson of the company’s founder, donned white gloves and carefully placed the gold and malachite trophy inside the case. Then he snapped the locks shut and gave it a good shake.

“That was the ultimate test,” Vuitton says. “The Cup did not move inside the case, so we had succeeded. We had made a piece of luggage designed to transport a precious object, in line with our tradition.

A selection of these special orders, including a tea case made for the Maharaja of Baroda in 1926, is on display at the company’s private museum housed in a section of the former Vuitton family home.

The house, located in the garden surrounding the workshop, features beautifully preserved Art Nouveau reception rooms. Of particular note is the bow window, decorated with floral motifs in stained glass designed by Paul-Louis Janin in 1900.

Open only to company personnel and special guests, Vuitton’s Museum of Travel features remnants of a bygone era such as the steamer bag, perfect for the cabin of a luxury liner, and a circular “driver bag” destined to fit in the center of a spare wheel.

The museum is also home to the private collection of Gaston-Louis Vuitton, the grandson of the founder, who amassed some 200 travel items dating to the end of the 16th century.

In the workshop next door, the company completes some 450 custom orders each year. No request is too unusual, provided the object is made to travel. Vuitton routinely turns down requests for tables or chairs covered in its trademark monogram canvas.

“We had an Englishman who asked us to made a case for his rubber duck, which apparently he was very fond of,” recalls Pietro Beccari, Vuitton’s senior vice president.

For those not privileged enough to visit the museum, the company will publish an illustrated book with Editions de la Martinière in October highlighting 100 extraordinary trunks. No word yet on whether the rubber duck has made the final cut.

Chanel is another French house that has maintained a tradition of made-to-measure orders.

At its headquarters at 31 Rue Cambon in Paris, the private apartment of founder Gabrielle Chanel is so carefully preserved it feels like she could walk into the room at any moment, puffing on a Gauloise.

Here, too, the four rooms are open to a select clique: haute couture clients in town for a fitting, journalists writing about the history of the house and celebrities like Vanessa Paradis, who stars in advertisements for the house’s cosmetics and handbags.

But Chanel designer Karl Lagerfeld and Peter Phillips, who conceives the house’s makeup, are constantly drawing inspiration from the iconic objects dotting the apartment: a coromandel screen, an Egyptian mask or a marble statue of Venus.

The house also owns a vast archive of works of art, documents, clothes and jewelry that belonged to or were designed by Mademoiselle Chanel, as she is still reverentially called.

In Italy, luxury brand Gucci is taking a more democratic approach to its museum, due to open in Florence in 2011.

The company plans to put its archive of vintage items on public display and a family’s vintage Gucci handbag could well end up among the exhibits.

Gucci president and chief executive officer Patrizio di Marco this year announced the brand was teaming up with Christie’s to create an appraisal site for vintage Gucci clothing and bags.

“Between now and the opening, through the new Gucci Collector Service, it is quite possible that Gucci’s archivists, who are constantly on the lookout for additional pieces of note, will add to this archive,” he says.