The site was previously the city’s first cinema, the Etoile, which shuttered in 1991. 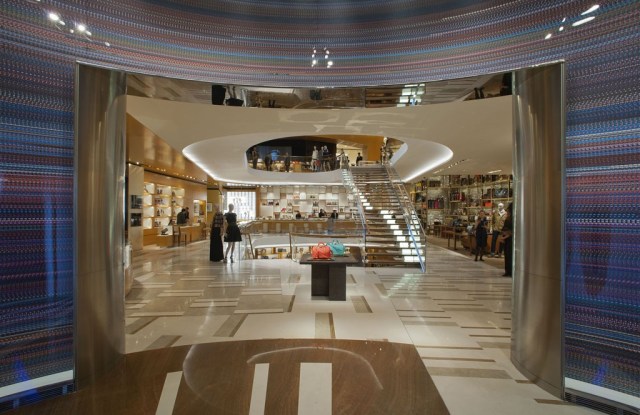 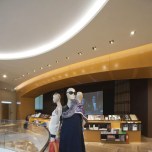 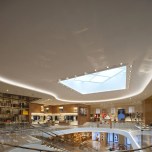 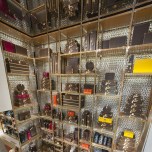 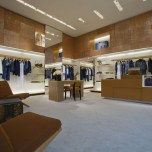 ROME — Louis Vuitton will unveil its first Italian maison with a star-studded event this evening that is expected to draw the likes of Cate Blanchett, Catherine Deneuve and her daughter Chiara Mastroianni.

Located in central Rome, the three-story Maison Louis Vuitton Rome Etoile will open to the public on Sunday. The site was previously one of Rome’s most iconic movie theaters, the Etoile, the city’s first cinema, which shuttered in 1991. Built in 1907 in San Lorenzo in Lucina Square, the neoclassic facade and its bas-reliefs were carefully restored by Vuitton and its longtime collaborator architect Peter Marino.

In a link to art and culture, the maison, one of the 14 around the world, pays homage to the history of the site, and features the brand’s first cinema and an adjoining book section, devoted mainly to the movies — Rome’s Cinecittà studios and their iconic figures, such as Federico Fellini.

In the entrance hall stands large artwork by Jiri Georg Dokoupil made with hundreds of strips of film. Marino’s grand, elliptical staircase spanning over 39 feet in height is reminiscent of a cascading roll of film.

“Rome is a Baroque city. As an artist, if I want to make the spirit here Baroque, I need to interpret it in a modern way. This is why I created this staircase in the form of a calyx; it is unique in the world,” said Marino. “I played with the architecture of this staircase. I made an enormous hole in its center and steps of different widths to make it elliptical.”

Uneven, it is lit from behind by a luminous strip that enhances the likeness to a strip of film.

There are few columns, which allows for increased visibility and ease of circulation. Natural light from the ceiling adds to the luminosity of the store, which covers 12,917 square feet of selling space.

Marino also references Rome by using onyx and travertine as significant elements, laid in different patterns and colors, whether darker for the men’s area on the lower level, or lighter for the women’s space on the top floor.

Yves Carcelle, chairman and chief executive officer of Louis Vuitton, said the company faced “a cultural and architectural double challenge. Without renouncing any of the prestigious past of an establishment which is a symbol of the Eternal City, we have tried to create a distinctive project which simultaneously combines exceptional craftsmanship, art and culture.”

Leather goods, with “a bags bar”; a corner dedicated to bags designed by Sofia Coppola; eyewear; foulards, and an imposing trunk area with a mirrored ceiling are on the ground floor. Women’s apparel is on the first floor, where there is also the Haute Maroquinerie room; jewelry; shoes and the 19-seat, 3D, soundproofed cinema, with two projectors, surround sound and a 19-foot-long screen. The cinema is scheduled to show short films by Fellini or Alberto Lattuada, for example, programmed by Spazio Etoile. Impressive is the “sound shower” device, a spot on the men’s floor where visitors can watch the film on a video and hear the sounds projected in the cinema above.

Work on the maison began in May 2010. A Vuitton store in the same square closed this week, but a boutique remains in tony shopping street Via Condotti.

An exhibition running from Sunday to Feb. 5 will highlight Louis Vuitton luggage featured in films or belonging to movie stars over the years, from the collection of travel cases designed for the 2007 film “The Darjeeling Limited” to a 1969 jewelry box belonging to Deneuve.

Meanwhile, Vuitton is mapping out more prestigious openings. In June, a boutique will be inaugurated in Amman, Jordan, and the brand’s biggest store in the world will open in Shanghai in June.

A venue will also bow in Kazakhstan and, in the latter part of the year, Italy’s second maison will be presented in Venice.

“Two such locations in Italy is a great commitment,” said executive vice president Pietro Beccari. “The Italian customer remain our first in Europe, wherever he or she shops.”

Next year, Louis Vuitton will also expand its Paris location on the Left Bank.

In tandem with the Rome opening, Beccari also announced the second edition of the Vuitton-sponsored Journeys Awards, first launched two years ago with director Wong Kar-wai, inviting emerging filmmakers to crate movies based on what a journey means to them.

This year, Vuitton asked Italian director Luca Guadagnino, whose 2010 movie “I am love” starring Tilda Swinton won rave reviews, to be in charge of the awards.

Encounters will be the subject of the 2012 contest, in a link to journeys and travel, which are at the heart of the Vuitton brand. The awards will offer two $25,000 prizes. Starting March 15, participants should register on http://www.journeysawards.com. The deadline for submission will be June 18, and in September, the winners will be screened at the Venice Film Festival.

“It is imperative to support filmmakers, and the multiplication of platforms, such as the digital area, is an empowerment and a wonderful opportunity,” said Guadagnino.