Spacious flagship is the brand's largest store in Taiwan. 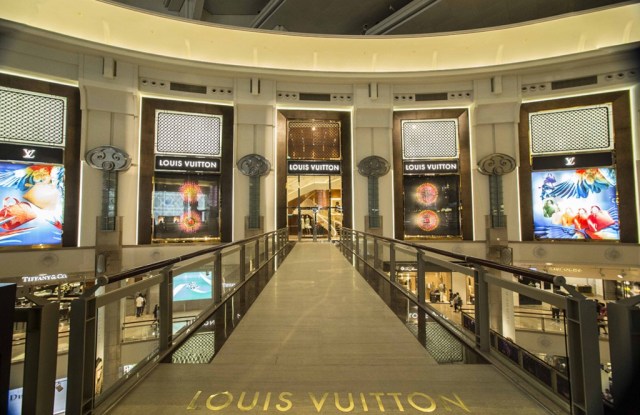 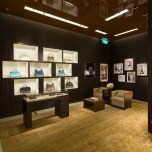 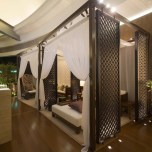 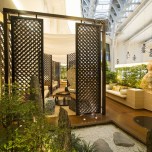 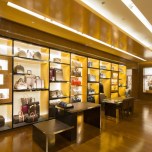 In honor of the company’s long presence on the island, the flagship was designed as a tribute to the 101st anniversary of the founding of the Republic of China, Taiwan’s official name. The French house feted the store Thursday with an Asian-inspired dinner held on the 84th floor of the tower. Louis Vuitton chairman and chief executive officer Yves Carcelle took photos with young fans and local celebrities as they waited for Hong Kong actress Maggie Cheung to make her international DJing debut.

“Taiwan was still in its little bubble 25 years ago,” said Carcelle. “Today, it’s part of a global system of Greater China.

The French fashion house entered the market here in 1983 at a time when Taiwan’s luxury market was still nascent. Today, the retail scene is flush with international name brands, but Louis Vuitton remains a favorite among locals and those who venture here on shopping trips.

“Taiwan was modern before the rest of China was modern, but at the same time, [its] tradition has been kept,” Carcelle said. He declined to disclose sales figures for the market.

The store’s grand facade features five 12-meter-high windows and openings from three sides. A white spiral staircase, anchored in the store’s atrium, links its two retail floors. Vuitton declined to give a size for the store but it covers approximately 24,902 square feet, according to a local press report. It is located on the tower’s revamped fourth floor, along with new Christian Dior and Burberry flagships. Carcelle said the new store is about three times the size of the old one.

In addition to offering full selections of the brand’s collections and accessories for men and women, the Maison offers personalized services, including the Haute Maroquinerie customization service. Inside the Peter Marino-designed VIP room, customers can design their own bag by choosing from five shapes and eight types of leather in 27 colors.

The store’s “travel room,” dedicated to luggage and travel accessories, features a compass on the floor that points in the direction of Asnières, Paris, the site of Vuitton’s family home and workshop. The Made for Travel men’s collection consists of functional clothes made for an outdoorsman, including a blazer with elbow padding and portable Windbreaker jackets. The more adventurous customer can order unique pieces from the Objets Nomades collection, including a woven leather hammock by Atelier Oï and a foldable desk by Christian Liaigre.

An indoor Chinese-inspired terrace garden on the second floor serves as the store’s centerpiece with artwork from Asian talent including local Taiwanese artist Hsi Shih-Pin, as well as Chinese sculptor Zhan Wang and Hong Kong artist Kum Chi Keung. The space will be available to the public for special events.

As an exclusive for the store, three special-order tea trunks carrying tea sets designed by Hsiao Fan Pottery Art were made. However, each was sold for 1.7 million new Taiwan dollars, or $40,038, during a shopping preview for VIP clients prior to the store’s opening. For those left without a tea trunk, the limited-edition Tambour Disc Taipei diamond watch features a jade dial and will be sold for 2.05 million new Taiwan dollars, or $70,153.

“Here you have the best of two worlds,” Carcelle said. “You have a very nice shopping experience for locals and at the same time every tourist that comes to Taipei. It’s an incredible communication tool for the brand.”

As more and more luxury Chinese consumers broaden their horizons and travel abroad to make big purchases, Taiwan’s retail sector stands to benefit financially since the island has long been a popular shopping destination for Mainland tourists. Here, luxury goods can cost anywhere from 15 to 20 percent less, depending on the product category.

When tour groups were first allowed to travel into the country in 2008, Mainland tourists made up less than 20 percent of all visitors to Taipei 101. Today, they make up more than half of all foreign visitors, according to Michael Liu, spokesman for Taipei Financial Center Corp., the owner of Taipei 101. With the daily quota for Mainland Chinese visitors increasing from 500 to 1,000 last week and individual travel opening to more cities, Liu said the company expects to see at least a 30 percent increase in foot traffic by the end of the year. Taipei Financial Center also recently partnered with China Unionpay, China’s only domestic bank card, to offer promotional gifts to stimulate more spending at the mall.

“When they travel, they dedicate a significant part of their travel budget to shopping,” Carcelle said of traveling Chinese consumers. “They are not looking to the cheapest product to get as a souvenir. Mainland shoppers are real shoppers.”