Leave it to Louis Vuitton to build a shop-in-shop on steroids. 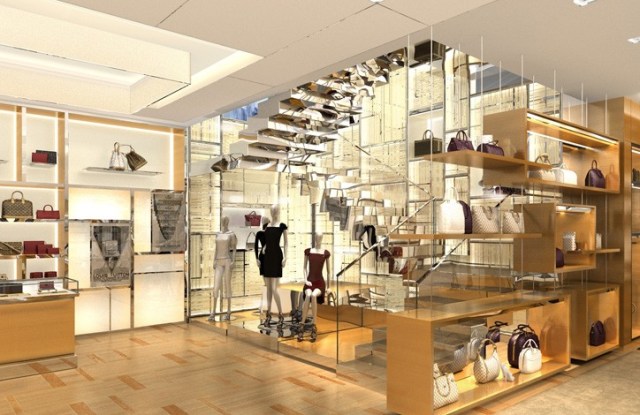 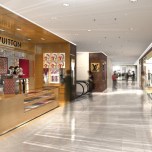 PARIS — Leave it to Louis Vuitton to build a shop-in-shop on steroids.

The French luxury firm’s new 4,300-square-foot showcase in the revamped Printemps spans all three floors of the department store’s new luxury accessories zone, linked by its own central staircase.

“It’s really a three-level store within a store,” said Philippe Schaus, Vuitton’s executive senior vice president. “It will have a very upscale positioning.”

The concession, whose first floor is slated to open in mid-June, also boasts Vuitton’s first counter dedicated to textile accessories and a salon for watches and fine jewelry. (The upper levels, still under construction, are to open in July).

Vuitton has operated a concession at neighboring Galeries Lafayette since 1999, but is a new tenant at Printemps, which speaks to its belief in the upscale retailer — as well as the vibrant demand for the Vuitton brand on its home turf.

“The business in Paris is doing extremely well,” Schaus said, describing a thriving business at Galeries, where there is often a queue, thanks partly to an explosion in Chinese tourism and a new fashion floor added in 2008.

Vuitton expects the Printemps unit to attract a different clientele, including fashion-conscious Right Bank residents and growing ranks of tourists from the Middle East and Russia. “They are really filling a void in Paris,” Schaus said.

The first floor of the shop, in the warm brown tones for which Vuitton is known, is devoted mainly to leather goods, with the display unit for scarves and silks located just across the entrance. The second floor is devoted to exceptional leather goods, watches and fine jewelry, also with a separate, external counter for watches, targeted mainly at men. Women’s ready-to-wear and shoes dominate the top floor.

Vuitton operates three freestanding boutiques in Paris, including a sprawling, bustling flagship on the Champs-Elysées. Still, Schaus said shop-in-shops are highly productive, and less intimidating for customers not ready to push the door on an Avenue Montaigne boutique.

“It’s a good, complementary way of presenting the brand,” Schaus said, noting Vuitton maintains its no-discount policy even within department stores, which tend to be promotional.