The brand is slated to unveil a collection of foldable furniture and travel accessories at the Design Miami fair this week. 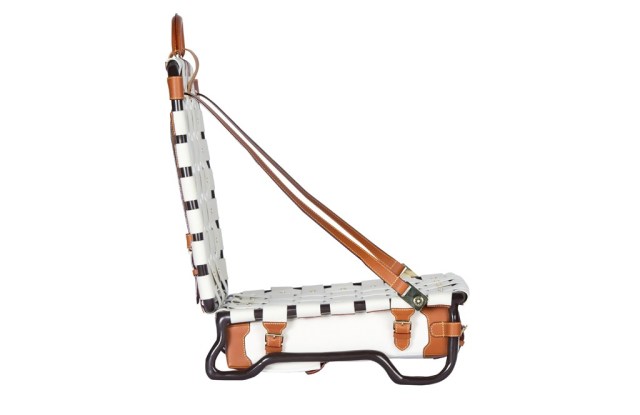 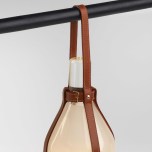 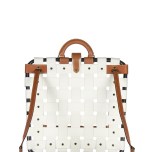 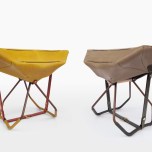 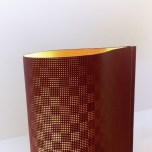 PARIS — Transporting its heritage into new territory, Louis Vuitton is slated to unveil a collection of foldable furniture and travel accessories at the Design Miami fair this week.

Dubbed Objets Nomades (“nomadic objects,” in English), the 16 items range from a leather hammock with gold-plated fixtures to a futuristic bell lantern with a solar-powered lamp. They are to be unveiled Tuesday at the Louis Vuitton Miami Design District temporary store and showcased and sold there.

The unit, slated to remain open through mid-2014, also carries leather goods, accessories, footwear and a selection of ready-to-wear for women and men.

Vuitton said the travel objects would be available in the “travel rooms” of some of its boutiques, including New Bond Street in London, Champs-Elysées in Paris, Ometesando in Tokyo, SoHo in New York, Marina Bay in Singapore, Taipei 101 in Taiwan and Plaza 66 in Shanghai.

The French luxury goods brand enlisted major names in industrial design, including Maarten Baas, who created a briefcase-cum-beach chair; Patricia Urquiola, whose stool in leather and aluminum folds and unfolds like a flower, and Nendo’s Oki Sato, whose discovery of a single sheet of leather rolled up in a workshop led him to create a perforated lamp that can be packed up and toted after use.

Christian Liaigre said he wanted the writing desk he designed to be as transportable “as the easels that painters took outdoors in the 19th century. Function was primordial. It had to be light and hardwearing enough to travel around in a Jeep, but look like Louis Vuitton and be the stuff of dreams for collectors of rare furniture.”

Young, undiscovered talents were also tapped for the project, including French design student Perrine Desmons, who created a padlock-shaped bag hanger that keeps purses off floors in restaurants.

Some of the items are still prototypes, while others are to be sold in limited editions or by special order. A sleeping mask that looks like sunglasses by Constance Guisset retails for $425 while a folding, origami-like stool by Atelier Oï, a Swiss firm, goes for $3,650.

Vuitton has been gearing up to the Miami launch by displaying and selling design objects in select boutiques, including a quirky hanging cabinet by celebrated Brazilian designers Fernando and Humberto Campana that made its debut at the company’s new São Paulo unit last October.

Sheathed in black or colorful fringe, the cabinets can bring to mind a melting football, or Cousin Itt from “The Addams Family,” and sell for $51,500 at current exchange. Versions in red and purple sold the night they were unveiled. (In total, there are 12 unique colors.)

Founded in 1854 as a packing specialist, Vuitton was best known in the early days for its trunks, including a special-order one that contained a folding cot.