Louis Vuitton is taking the show on the road with "Series 2," an immersive digital experience based around Nicolas Ghesquière's second collection. 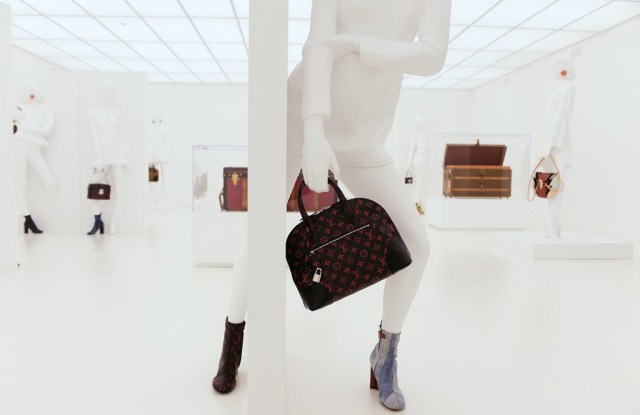 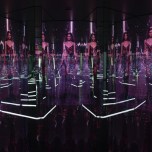 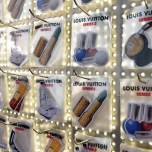 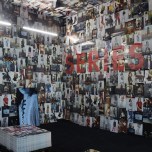 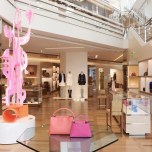 LOS ANGELES — Louis Vuitton has elevated the art of taking a show on the road with “Series 2,” an immersive digital experience based around Nicolas Ghesquière’s second collection. First stop: an opening tonight in Los Angeles, where the house also unveiled its renovated Rodeo Drive flagship on Saturday.

This story first appeared in the February 5, 2015 issue of WWD. Subscribe Today.

The fete, hosted by Louis Vuitton chairman and chief executive officer Michael Burke, will be a starry affair with Catherine Deneuve, Jennifer Connelly, Michelle Williams, Charlotte Gainsbourg and Rosamund Pike expected to turn out for the women’s artistic director.

He and Ghesquière actually began discussing the exhibition a year ago, after Ghesquière’s first Vuitton runway show, which spawned “Series 1” in Shanghai and Tokyo. “How could we bring a show to people who haven’t been to Paris? What you get online is not very satisfying compared to being at the show. But right now we have visual overload; instead of being satisfied, you constantly feel as though you are missing out.”

Ghesquière agreed. “In this digital era, the fashion shows are diffused online and immediately accessible for the public. [But] it takes more than that to feel the ambience and share the intense creativity, energy and emotion around one show,” he said. “This is what we’d like to share with a large public worldwide. The exhibition is conceived as a total, physical and interactive immersion inside Louis Vuitton’s spring-summer 2015 fashion show.”

“Series 2,” a progression of nine spaces constructed in a makeshift gallery at 1135 North Highland Boulevard, stimulates multiple senses while drawing viewers into the past, present and future simultaneously.

“Nicolas and I talked about the old-fashioned way to take a show on the road, but you are just repeating something. We wanted people to experience something new and futuristic,” Burke said. “That being the goal, we had to do something heavily digital that used a lot of sound and sight to recreate a journey.”

The end result aims to capture audiences far longer than the 14 minutes of a runway show. Each exhibit invites viewers to linger and absorb, whether it’s the “Magic Trunk,” onto and around holograms which recount the history of the house; “Savoir-Faire,” a room in which three simultaneously shown short films capture the making of a dress, shoe and bag in real time, or “Accessories Gallery,” where 10 3-D-printed mannequins of model Marte Mei van Haaster sport current runway accessories, interspersed with archival pieces such as Greta Garbo’s personal trunk and an original client log book.

Equally impressive is “Infinite Show,” an eight-armed box mirrored inside and out, inside which viewers see a jumbo 360-degree projection of the spring show. One of the more low-tech but equally striking exhibits is “Backstage,” a life-size panoramic fresco shot by Jean-Paul Goude capturing the pre-show scene behind the stage. The photographs are mounted along two walls of a room in which racks and tables hold the models’ looks and the original show producer’s audio provides the soundtrack.

“Runway is the pure essence of fashion, but fashion is only one part of Louis Vuitton,” Burke said. “People want context, and this attempts to take you deeper into all the various aspects of a house. It has to be of-the-moment and eternal.”

Vuitton has a long history in Los Angeles, where it has had a retail presence in Beverly Hills for 40 years and supported various programs at the Museum of Contemporary Art for a decade, including the Takashi Murakami retrospective in 2006. A retail store inside the museum sold out of the limited-edition Murakami bags on opening night, and while “Series 2” doesn’t have a pop-up shop, the Rodeo Drive store a few miles away aims to fuse retail with similar experiences.

“Very often we confuse retail with purely a transaction, but a transaction just leads to more experiences,” said Burke. “It’s part of a continuum where retail is not the most essential thing, but to feel engaged and connected is.”

Architect Peter Marino, who also designed the Dior, Chanel and Fendi boutiques on Rodeo Drive, calls the Vuitton store, at 295 North Rodeo, “a big change for Vuitton, what I see as a modern art statement.” Noted Marino, “Twenty years ago, the product and the stores were very traditional, everything was mud brown and cognac. Now it’s colorful and feminine and exotic.”

The corner store’s facade, which runs half a block on both Rodeo Drive and Dayton Way, reflects its surroundings with twisted ribbons of stainless steel and ivory lacquer that capture the movement of passing cars and people. Layered behind it are clear two-story windows partially covered by sheer mosaic-like panels allowing copious natural light to stream into the three-story open-plan space.

The glass corner entryway features a massive aluminum and stainless steel inverted palm tree sculpture by Peter Rogiers titled “Ghostwriter,” and a few steps into the store stands a neon pink and orange sculpture, “Fkilz,” by Aaron Curry. The eye is then drawn upward by a massive linear staircase. “You almost feel like you’re going up to the heavens on one of those big ocean liners,” said Marino, describing the Beverly Hills store as the sister to his Marina Bay Sands project in Singapore. “It’s like a white boat in the middle of the bay that floated across the Pacific and landed in California,” he said. The “ship” comes complete with a wraparound rooftop deck.

“We wouldn’t do that in any other locale but Southern California, where the weather merits the architecture,” Burke said. “There’s a certain amount of theatrics when you walk in. Beverly Hills is the capitol of movie-making, so there has to be a certain amount of glamour.”

The Rodeo Drive store is also the house’s top-performer for bespoke leather goods sales, and a Haute Maroquinerie area occupies part of the first floor, along with core handbags, a custom monogram section and displays for various Rodeo exclusives such as crocodile and ostrich Capucines bags in bright colors.

The second level features men’s wear, made-to-order shoes and belts and the l’écriture writing accessories collection. Two notable artworks include a ceramic screen by Mark Hagen and a wood and copper wall sculpture by Bryan Hunt.

The third level houses women’s shoes, the cruise collection and spring ready-to-wear along with two exclusive dresses inspired by that collection. Interspersed between the polished brass racks are pastel furniture vignettes featuring vintage pieces by Paul Evans and Kerstin Hörlin-Holmquist. A sliding glass-walled VIP dressing room opens onto the terrace, from which the Hollywood sign is visible, along with the neighboring Burberry terrace.

“Stores today are setting new standards with forward thinking,” Marino said. “Look at Ghesquière’s designs — they are cutting-edge. The two work in tandem with each other.”

Burke noted that “Series 2” will travel around the world to Toronto, Rome, London, Beijing, Taipei, Hong Kong and Osaka over the year, adding, “If you want a brand to be living and not dead in the past, it has to be connected to the future. We get hooked easier if someone tells us what will happen tomorrow. Then, your curiosity for the past awakens.”