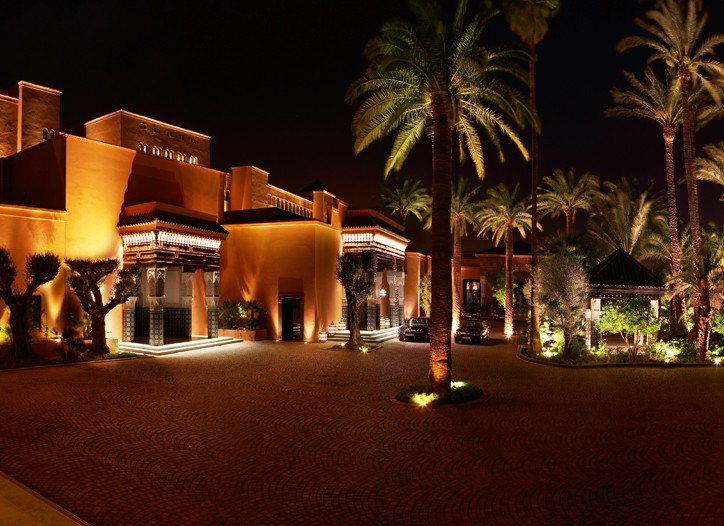 PARIS — European luxury brands, in their continuing quest for emerging markets, have found a new one very close to home.

High-end boutiques have been opening in the last five years in Morocco’s main cities, with a renewed flurry of activity in recent months, thanks to the reopening of the landmark luxury hotel La Mamounia in Marrakech.

The arrival of Cartier, Dior, Louis Vuitton, Chopard and Montblanc, among others, on Moroccan shores shows the deep social change and impressive growth of a country where there was no middle class until around five years ago.

Until then, Moroccan society was split between the very wealthy, who traveled abroad to shop for international luxury goods, and the very poor.

But the rapidly growing middle class, which now accounts for about 30 percent of the population, has been changing the way Moroccans spend their money.

“We were expecting tourists, but we saw lots of Moroccans,” said Sidney Toledano, the Moroccan-born chief executive officer of Christian Dior, referring to the opening in 2004 of the brand’s first boutique in Marrakech.

Dior had initially opened a 646-square-foot store inside La Mamounia as part of its normal strategy of opening hotel boutiques when branching out into new markets.

But as Moroccans began traveling from other cities to shop at the boutique, Dior decided to open a 1,100-square-foot outpost in Casablanca in 2007 to cater to the new emerging class of professionals and entrepreneurs.

A large part of Morocco’s middle class comes from a burgeoning urban professional demographic, which is a result of the steady economic growth the country has seen in recent years, particularly in sectors like information technology and finance.

Robert Tashima, an analyst at Oxford Business Group, a consultancy specializing in emerging markets, said the growing market for luxury goods in Morocco has been helped by wealthy Moroccan expatriates, who regularly return for vacations and who often have greater purchasing power than locals.

“This spurs an increase in consumption at high-end retail locations,” he said.

One of those locations is La Mamounia, which reopened at the end of September after an extensive three-year refurbishment. Dior has reopened its boutique in a move mirrored by Fendi, Gucci and Chopard, while Serge Lutens is expected to open a perfume shop by yearend.

“We had a lot of requests from luxury brands to open stores in the Mamounia hotel. We had to turn a lot down,” said Denys Courtier, La Mamounia’s executive director.

The burgeoning Moroccan market persuaded Fendi to open a 4,300-square-foot store in Casablanca last month, in addition to a small boutique inside La Mamounia, where the Roman fashion house has taken over a space previously occupied by Louis Vuitton.

The Fendi store sold 100,000 euros, or $149,900 at current exchange, worth of merchandise in its first weekend, thanks to strong sales of big-ticket items, including fur coats and Peek-a-boo bags, as well as small leather goods and accessories to younger clients.

“It’s on track to be as big as Geneva and London,” Burke said of the new store, adding that, in a year’s time, Fendi expects to have three stores in Morocco. “We think it will be a very good market,” he said.

The third Fendi unit is earmarked for the giant Morocco Mall in Casablanca, set on a 25-acre ocean-facing site, due to open in June and billed as the largest in North Africa with Galeries Lafayette as one of its anchor tenants, along with Zara, Massimo Dutti and Mango.

The mall is the brainchild of Al Amine Investissement Immobilier, a joint venture between Aksal and Nesk, two large Moroccan franchise and fashion operators. It’s being built on a formerly undeveloped area on the south side of Casablanca and will provide around 2 million square feet of retail and leisure space, including a cinema, restaurants and shops.

Cartier, which has two boutiques in Morocco, earmarked the country for expansion after noticing many Moroccans were shopping at its European boutiques. As a result, Cartier opened a 3,230-square-foot boutique on Casablanca’s elegant Ain Harrouda street in December 2004, followed by a 2,150-square-foot outpost in Rabat, the capital of Morocco, last May.

Tourism, especially the rising numbers of visitors from wealthy Arab countries who have a propensity for high-end shopping, is also boosting the potential of international brands in cities such as Marrakech.

Patrizio di Marco, ceo of Gucci, said the brand has been monitoring the country for the past few years and has found the right partner in La Mamounia for the opening of its first 430-square-foot Moroccan store inside the landmark hotel. “Marrakech is such a dynamic, multicultural and interesting city, which perfectly fits with Gucci’s luxury spirit. Our products will appeal to both local clients and tourists who consider Marrakech a sophisticated and exclusive destination,” di Marco said.