Speakers discussed how to spur growth, rekindle it and even rein it in when it's too rapid. 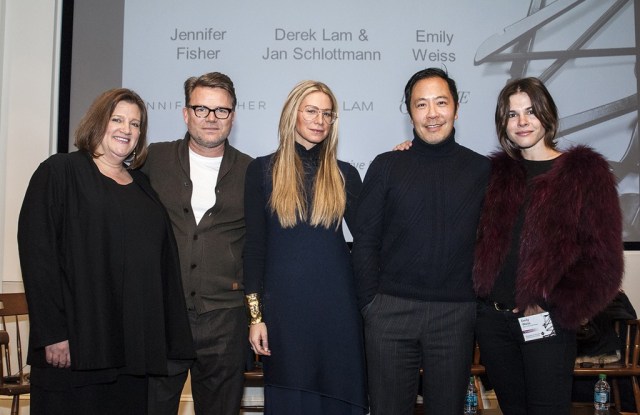 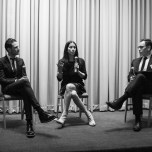 BOSTON — How to spur growth, rekindle it and even rein it in when it’s too rapid: these were the subjects debated at Harvard Business School’s annual Retail and Luxury Goods Club conference, which drew executives from companies such as Net-a-porter, J.Crew, Tory Burch and Under Armour.

Galen Weston, president and executive chairman of Loblaw Companies Ltd., whose family controls vast drug, grocery, department store and apparel holdings, said the conglomerate is planting a fashion flag locally. The company’s fast-fashion chain, Primark, will open its first U.S. store in Boston this fall. The 70,000-square-foot space will be the anchor tenant of a new tower developed on the site of the old Filene’s Department Store in Downtown Crossing.

In his keynote, Weston used examples from the grocery world to illustrate what he sees as a pivotal shift in consumer buying from price-driven to aspirational. He saw this transcending age and income.

“Both Millennials and Boomers — who control 70 percent of the U.S. disposable income — are shifting toward the lifestyle side of the spectrum and away from cost,” said Weston, whose family owns Holt Renfrew in Canada, Joe Fresh in North America and Selfridges in London.

Siblings Rebecca and Uri Minkoff opened the conference Saturday night with a question-and-answer session. They will open stores in Los Angeles, Chicago and Hong Kong this year. Sales are up 100 percent year-over-year in Europe. (In sessions on Sunday, several attendees were optimistic that stellar sales of Michael Kors and Tory Burch in Europe will pave the way for other contemporary American brands.)

The Minkoffs said being an early adopter of technology has been critical to brand growth. In the company’s New York store, for example, garments have RFID tags that sync with touchscreens in dressing rooms. Shoppers can see additional colors or available sizes on items they’ve brought to try on, preview Rebecca’s outfit suggestions, and/or request a sales associate bring in additional merchandise.

“We get incredible data about fit and preferences from the dressing rooms,” Uri Minkoff said. Three-quarters of shoppers ask for outfit-pairing suggestions and 35 percent ask for additional items to be brought in, he said.

Ryan Cotton, managing director of Bain Capital who oversees investments in Toms and Canada Goose, said the latter is in the process of developing its own retail. He didn’t give a city or time frame for the first location.

“We need to offer a different experience than putting it on at Saks with Moncler and 10 other brands,” he said. “We’ll put blast chillers in stores so people can see the impact of putting on a Canada Goose coat. We are differentially warmer and need to get that message out.”

The company is also mulling over adding wearable technology to the coat as a way to add value.

“We think about it a lot,” he said. “If you’re selling a jacket for $1,000, it should do more than keep you warm.” (Doubtful whether his Boston audience, which has lived through 100 inches of snow in five weeks, fully agreed with that statement.)

Speaking about the strategy for Toms, Cotton told the Millennial-heavy HBS audience that “women of your generation love the brand and love to recommend it” but “we’re not doing a good enough job connecting product with those feelings.” He said the brand — differentiated by its “One for One” philanthropy — can’t convey this story when displayed on a standard shoe table at Nordstrom. He said the company needs to open more branded stores primarily as a “marketing strategy.” Online sales represent 30 percent of Toms’ volume, three-fold higher than the industry norm, he noted.

Net-a-porter, which has made the U.S. market a top priority, plans to open a West Coast distribution facility to offer same-day delivery to California customers as it already does in New York, said Heather Kaminetsky, the site’s vice president of marketing for the Americas. “We want to do everything to enable the customer to try something out,” Kaminetsky said. “Free shipping and returns have always played a huge part in reducing barriers and making the experience more seamless.”

In terms of growth, she cited as standouts men’s personal care and grooming, up 200 percent year-over-year on Mrporter.com and the entire sport category on Net-a-porter’s site.

“We launched sport last year and within one day almost everything sold out — ballet, sailing products, equestrienne, even ski boots in July sold out instantly,” she said. “Customers were telling us they needed more sources for sport product.”

She said the company surveys customers as often as several times a week. In addition to the U.S., Net-a-porter is focusing on China, Brazil and Canada as high-growth markets.

Cole Haan, still adjusting to being divested by Nike and separated from its Air technology, is expanding its ZeroGrand sport offering. They’ve partnered with Mountain Hardware for ZeroGrand outerwear and the New York City Ballet for ballet shoes that have a traditional profile but a sport construction. The company is hoping growth will come through brand extensions: it has licensed out handbags and launched jewelry and eyewear, noted Chloe Thompson, the brand’s director of corporate strategy. The company recently opened an innovation center in Greeland, N.H. (“Anyone want to intern?” Thompson quipped to the HBS audience.)

As Cole Haan rebuilds, Thompson cited Amazon as a major vehicle for sales growth: sales generated through the Web site are up 300 percent within the last 12 months.

“From a financial perspective, we can’t turn our noses up at that,” Thompson said.

Cotton acknowledged Amazon’s aggressive pursuit of apparel brands, but questioned whether an association with the mega e-tailer would dilute brand value: “Most people decide to sell to them, but it’s no one’s favorite channel,” he said.

Thompson responded: “I think [Amazon] will find a way to sell you everything you ever wanted to buy.”

J.Crew is working on tearing apart its men’s and women’s business.

“We are focused on treating them as two different customers, with distinct habits,” said Talley Wettlaufer, vice president of international expansion for J.Crew. “We’re trying to create distinct destinations — sometimes with different entrances, sometimes it’s two different stores.” The men’s category has benefited, in particular, through storytelling and outside brand partnerships, she said.

Tory Brooks, manager of business development for Tory Burch, said the men’s category is “on hold” for the brand, since it has more pressing needs first. The company is working on redesigning the Web site to make it more accessible for tablet and cell phone users, she said. “We’re seeing that even if she’s not transacting on the phone or tablet, that’s where she’s doing a lot of research,” Brooks said.

The brand also is pursuing “buy online, pick up in store” functionality, and same-day delivery for certain markets, potentially using a car service like Uber for delivery.

It’s critical to meet the customer wherever she wants to shop, but “harder than it looks” to pull it off, Brooks acknowledged.

The conference always attracts students who are in the process of starting companies. The final session featured designer Derek Lam, accessories designer Jennifer Fisher, and Emily Weiss, blogger at Into the Gloss and developer of beauty line Glossier. Each shared their perspectives on launching a company.

Weiss, who started as an assistant stylist for Lam, talked about crowdsourcing the cleanser for her line, Glossier. “We put a post on Into the Gloss and got 370 comments in two days,” she said. The result? An as-requested creamy cleanser with a 4.5 to 5.5 pH balance. Glossier received funding from Forerunner Ventures, which also has stakes in men’s trousers e-tailer Bonobos and Dollar Shave Club, two start-ups that were often referred to as role models during the conference, plus Serena & Lilly and eyewear firm Warby Parker. Glossier’s first pop-up shop — a six-week affair in New York — generated roughly $40,000 in sales with four stockkeeping units.

Fisher, a former stylist, told entrepreneurial students to be persistent. “For every 10 people who tell you ‘no,’ one person will tell you ‘yes,’” she said. For her, the “yes” person was Theory cofounder Andrew Rosen, who she credits with changing her career.

Fisher, who posts regularly on social media and has 151,000 followers on Instagram, believes the “new luxury is being accessible to designers.”

“We sell hundreds of thousands of dollars from Instagram,” she said. “Women will say to me ‘I saw what you made for breakfast and then I went and bought some earrings.’”

Even though Fisher is self-financed, she recommended entrepreneurs meet with private equity firms. “It’s been great for us to network,” she said. She said contacts in the private equity world have helped her hire top-level executives and are helping in her search for a president and chief financial officer.