A boom in the men's wear market is driving deals and expansion for some of fashion’s largest players. 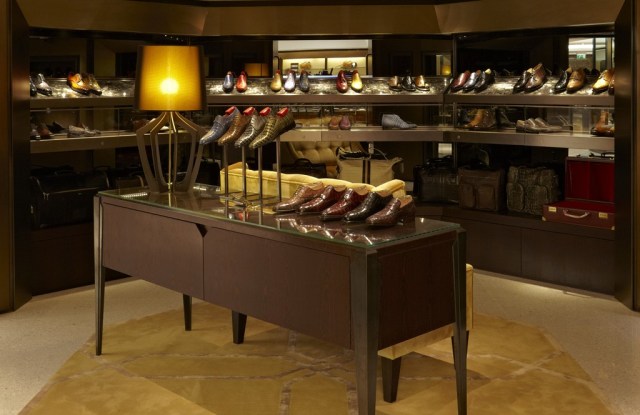 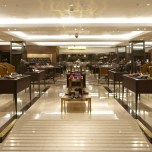 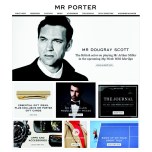 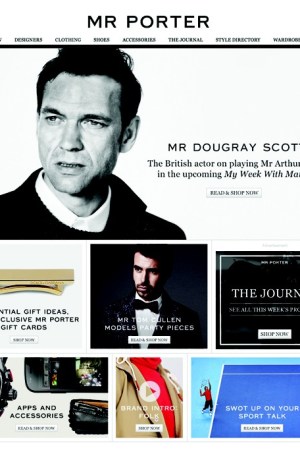 For the luxury goods sector right now, it’s a man’s world, judging by the recent moves of two of fashion’s largest players.

The men’s luxury goods market is outperforming women’s in all categories, according to the 10th edition of Bain & Company’s Luxury Goods Worldwide Market Study, prepared for Fondazione Altagamma. Men’s items now represent 50 percent of the total luxury apparel market versus 48 percent two years ago, according to the report, driven by more tailored clothing in mature markets and the upper casual category in China.

“Men’s wear is without a doubt the topic that is being talked about industrywide at the moment and I have no doubt that there is huge room for growth,” commented Toby Bateman, buying director of MrPorter.com, which launched in February. Highlighting the late bloomer status of the men’s wear market, MrPorter.com’s creation came about a decade after owner Net-a-porter Group’s launch of Net-a-porter.com, which specializes in women’s luxury goods. “The problem until now has been that the online business for men’s wear was always seen as second fiddle to women’s wear. Men would have to scrabble around for a button hidden away at the top left or right-hand corner of a women’s wear Web site,” added Bateman.

With strong sales across all categories, MrPorter.com has almost doubled its fashion offer for fall, to about 150 brands, ranging from niche labels such as Ami and Hentsch Man to luxury players like The Elder Statesman and Loro Piana.

With male consumers proving ever more compulsive and fashion savvy in their shopping habits, the men’s luxury goods landscape has undergone a dramatic transformation over recent years, with brands ramping up underdeveloped categories such as leather goods and accessories.

For example, Jimmy Choo reentered the men’s footwear arena this fall, and Christian Louboutin in August opened his first men’s store in Paris’s Galerie Véro-Dodat, and is planning to expand his men’s offering to include bags. Meanwhile, Louis Vuitton in September introduced a made-to-order shoe service for men in its renovated Milan flagship on Via Montenapoleone, with plans to roll the service out to Shanghai and Sydney over the coming months.

“A phenomenon we have observed is that men are coming to luxury and then buying into other categories — one can even include cosmetics in there,” commented Joelle de Montgolfier, a director in Bain & Co.’s EMEA consumer products, retail and luxury practice.

Business is “thriving” in the Exotics Room of Harrods, which houses uberplush items like made-to-order footwear styles by Stemar in alligator and gold for 12,000 pounds, or about $19,280 at current exchange rates, said Jason Broderick, the store’s men’s wear general merchandise manager. The room is part of the recently opened Men’s Shoe Salon, billed as the largest men’s shoe department in Europe.

“Increasingly, we are seeing that men are buying more premium items where the price is not an issue — they may have it for a lifetime,” said Broderick.

The growing importance of made-to-measure within the world of tailoring is “irrefutable,” according to Broderick. “As the service becomes more readily available, the customer is becoming more knowledgeable and therefore discerning.” Brands stocked in Harrods’ tailoring department include Brioni, Corneliani, Tom Ford and Richard James, with among recent additions, Hardy Amies and Mr. Start.

Citing a “new wave of masculinization,” Bain & Company in its study said the luxury men’s market enjoyed a sustained growth trajectory in 2010 and 2011 pushed by male consumer purchases in emerging markets, especially Asia, with China a major driver of growth.

With China poised to overtake Japan as the world’s top market for luxury goods, high-end men’s brands have been steadily bolstering their presence there. At the press conference Tuesday to unveil the acquisition of Brioni, PPR chairman and chief executive officer François-Henri Pinault said the conglomerate planned to test men’s-only stores in China with its Gucci and Bottega Veneta brands.

De Brabant said brands were focusing on flagships and “highly qualitative stores,” such as Dunhill’s Homes of Alfred Dunhill retail emporium in Shanghai; Ermenegildo Zegna’s latest run of stores in China designed by Peter Marino, and Burberry’s recently opened flagship in Beijing. The luxury sector is expected to be the fastest growing consumer sector in China over the next five years, he said, with expected annual growth rates of more than 25 percent.

According to the Bain Luxury China Study in 2010, in Mainland China the top five men’s brands are Zegna, Hugo Boss, Dunhill, Giorgio Armani and Burberry. Zegna, for instance, which feted 20 years in China in September, now has 75 stores in 32 cities in mainland China and plans to increase that to around 85 by the end of the year. The brand saw China overtake the U.S. as its biggest market in 2010.

“At this time, European brands dominate, even more so than American brands, such as Ralph Lauren. American brands have a hard time being perceived as luxury brands, only at best as premium brands,” commented de Brabant, adding that a shift in consumer perception of local brands is also taking place.

“While wealthy Chinese still crave Western luxury goods and the storied luxury houses still crave the wealthy Chinese, the buzz is starting around Made or Crafted in China brands,” he said. “On the men’s wear side, we may see brands like 1436, the luxury brand of ERDOS selling both [women’s and men’s ready-to-wear] emerge as serious local luxury brands for men’s wear.”

Contributing factors to the growth of the luxury men’s market globally, meanwhile, include a return to spending from male consumers eager to replenish their wardrobes following the financial downturn in 2009, according to Bain & Company’s de Montgolfier, who predicts further acquisitions in the men’s wear market in the near future, especially in the accessories sector.

“There’s this vast pool of opportunities,” she said. “The reality is that there is a market out there that is untapped, with emerging markets and a change of buying habits, with men more concerned about the way they dress.”