Luxury’s Lament: The End of Flaunting 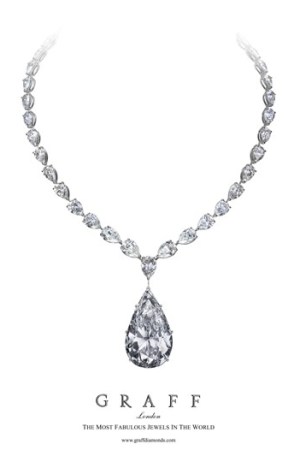 How does a luxury brand cope when luxury is seen as a stigma?

As the reality of the economy sinks even deeper into consumer consciousness, the concept of luxury has gone from a badge of honor to a private indulgence. While there are some who continue to purchase designer bags and shoes with four-digit price tags, many consumers have said it somehow feels wrong to shop — even if their wallets haven’t thinned out.

The turning of the tide — no matter how long it lasts — is creating concern among industry executives. Last month, a group of senior executives from luxury brands that included Graff, Loro Piana, Ferrari and NetJets gathered privately to discuss how to continue to promote their respective brands and break the current perception that luxury is a dirty word in times like these.

Part of the problem, according to Karl Lagerfeld, is that the meaning of luxury had become distorted.

“The word [luxury]…was used for things it was never related to,” the designer said. “It became nearly obscene. Now it has to change…and go back to what it used to be about — discretion and elegance, and not bling-bling. The hint of vulgarity has to go. The luxury business will never die. Luxury is about quality, refinement, innovation, and not about price.”

Lagerfeld also abhors stinginess, which he calls a terrible vice that often emerges in times of crisis among well-heeled people. “The money has to go out the window to come back through the door,” he said.

Frédéric De Narp, president and chief executive officer of Cartier in North America, said there has been a crossover and confusion between trendy fashion and true luxury in the past several years among consumers and brands.

“Fashion is of the moment and not timeless,” he said, noting that communicating Cartier’s quality and heritage is of utmost importance. “True luxury should be timeless. Cartier has never compromised on that. When you’re talking about translating your important sentiments into objects, quality will always sell.”

Paco Underhill, managing director of consultant Envirosell and author of “Why We Buy: The Science of Shopping,” said consumers can be divided into three groups: the downwardly mobile, those who are or know someone at fiscal risk and those who remain wealthy but feel fashion or luxury consumption is bad manners right now.

“There’s a fundamental issue here in which so many Americans have no grasp on their personal finances,” said Underhill. “That whole affordable luxury category was based on people spending money where they shouldn’t have. One of the fundamental issues we have in our culture is who can afford what.”

Judith Ripka believes the current mind-set will have a longer, residual effect than the actual recession.

“The day will come when consumers will not worry as much about how they spend their every dollar, but they will always remember these economic challenges when contemplating a purchase,” said Ripka. “Luxury will continue to be desirable, but timeless and classic pieces will undoubtedly be the focus because of their lasting value.”

“Today, people are more careful with their buys and investments,” said Vivier general manager Sabine Brunner. “So you really need to stick to your values and deliver what you promised you would and what customers expect from you.”

Several luxury brands and retailers have said people are still shopping, though even the highest spenders are exerting caution.

“If a person is buying a Dolce & Gabbana dress or a Roberto Cavalli bag, they’re looking at the price tag,” said Tony Salame, ceo of Aïshti, the designer retailer that has two 50,000-square-foot Aïshti stores in Damascus and Beirut, as well as franchises of Cartier, Gucci and Marc Jacobs in the Middle East.

“Some of our suppliers went crazy on the pricing [in previous seasons],” Salame said. “The same exact bags would be 10 and 15 percent higher every season.”

Nonetheless, Aïshti is still showing increases and has the same buying budget as last year. The firm is opening 10 stores in Beirut this year.

Salame said his stores aren’t so much affected by the economic quake that has riddled U.S., Russian and European luxury houses, but there are some aftershocks.

“People here want more and more sales, even though they can afford [full price],” he said. “They hear things are 80 percent off in the U.S. and they want a bargain because of the recession.”

But consumers now view value in more than simply price — and that is one reason Donna Karan is trying to bring deeper meaning to her brand.

“I took a very hard look on how I was going to address luxury,” Karan said. “Once somebody wears luxury, they might buy less, but it’s really hard [to turn away from it]. It has a longevity. It’s not something disposable, of the moment. I think it’s about a conscious luxury, not the frivolousness of it. For me, it is about the commerce and philanthropy, but it’s not philanthropy in a sense that I am buying this and giving money to that. It’s being about becoming a conscious consumer — that it’s not just at the whim of I want and I need, and that everything you are doing has a reason and purpose.”

But even with the apparent sea change in consumers’ mind-set, there are those who believe things will eventually return to where they were before the economic crisis — or almost there.

After posting a $509 million loss on Wednesday, Neiman Marcus chairman and ceo Burton Tansky said the retailer’s “core customers have seen their net worth diminish…they are heavily invested in the stock market and this has impacted their desire to spend.” But Tansky is optimistic, adding “a meaningful improvement in the economy will bring [the aspirational customer] back into stores, although she will be more discerning than before….Once the economy improves, the core customer’s shopping will become more normal.”

British designer Julien Macdonald, too believes the dormant shopper will wake up. “There will always be fashion victims out there — and I mean that in the positive sense of the word. There will always be women who want to look great and who are very into fashion, clothing and beauty. These are women who want the latest. They’ve just got to have it.”

Underhill concurred with Macdonald, but said there is a larger issue at hand.

“There’s always a segment in our culture that spends money on fashion,” said Underhill. “The question is where do they wear it? There are fewer parties and occasions.”

Brands are fighting against the notion that indulging in luxury is vulgar.

“No, luxury hasn’t at all become a dirty word,” said English accessories designer Anya Hindmarch. “Luxury is about taste, and taste has always been to me what’s not wasteful. I’m not into excessive waste and showing off. The ultimate luxury for me is an old Jaguar E-type or my grandfather’s watch. The bespoke Ebury bag we launched quite a long time ago now, it’s something you’d hand on to your grandchildren. [Customers’ choices] haven’t changed massively. We’ve not had that blingy customer. People are being careful about what they spend. They’re buying pieces that they know they’re going to love in 10 years. The days of buying a bag that you’re going to give away six months later are over.”

Even Coach, credited with kick-starting the “accessible luxury” market for accessories, is broadening its options with a bright, youthful collection of accessories called Poppy to expand its reach without hitting the accessible luxury reset button. The line has a wider price range.

“I don’t know what luxury means anymore to people,” said Reed Krakoff, Coach president and executive creative director. “A lot of people give Lew [Frankfort, Coach chairman and ceo] credit for coining the term ‘accessible luxury.’ Like anything that starts out as a good idea, it gets overused. It’s meaningless in its former definition. Prices need to make sense. Shopping has to be fun. People are in a store for a reason. They want to be transported.”

And it’s obvious — even with the dismal retail numbers — that not everyone has stopped shopping for luxury products. Handbags are still being sold at Neiman’s and Saks Fifth Avenue, women continue to purchase fashions from Lanvin or Ralph Lauren, and shoe departments — while not as busy as in the boom times — still have women trying on the latest Manolos, Louboutins and Pradas. The fine jewelry category has retained some sparkle, as well.

Several pieces of jewelry worn by celebrities such as Angelina Jolie and Beyoncé Knowles at this year’s Academy Awards and Golden Globes, ranging from $85,000 to over $1 million, have been sold.

“High-end jewelry has what we call ‘refugee memory,’” said Underhill, who recalled stories of Eastern European Jews who fled in the 1930s with only their jewelry and gemstones in their pockets. “For a while, people lost the notion that jewelry is refuge. They thought, ‘I could put wealth in an offshore bank.’ Now people are rethinking that. For people selling small, eminently portable treasures, this is an interesting time.”

Ivanka Trump the real estate scion and proprietor of a signature diamond jewelry brand, said people are still shopping the high end, but the trend is to trade down. She said those who once spent $100,000 on a piece are now looking at $60,000 pieces of jewelry.

“My goal is not to bully someone to spend the maximum dollar,” said Trump. “It’s finding the right piece at that time and keeping the customer.”

Ivanka Trump, Judith Ripka, Graff and other fine jewelry brands are keen to partner with their clients’ charities for special events. Some have said their clients feel more comfortable buying when there is a charitable element.

Henri Barguirdjian, president and ceo of Graff, America, who was at the aforementioned meeting of luxury brands, is livid about the media’s role in shifting buyers’ perceptions. Barguirdjian said he pulled Graff advertising from The New York Times after a recent story on the shame of shopping, and added that business is good at Graff, where the average sale is $200,000.

“Since when is America ashamed of making money?” he said. “[Aspiration] has made this country what it is. As long as you make an honest living and pay your taxes, there is nothing to be ashamed of. So far, we are doing as well as last year. We’ve had a lot of high-end sales of rare, important stones, which is logical.”

Trump does not equate luxury with excess and concurs with Barguirdjian on the media intervention.

“There’s a certain vulgarity to excess in a time when you look around and there’s such pain,” said Trump. “There are people who have managed their finances and they shouldn’t feel guilty about buying.”