Antoine Arnault: LVMH is Not Just About Numbers

LVMH on Friday starts a three-day run of public visits to its workshops, including Dior, Givenchy, Fendi, Guerlain, Loewe and Dom Pérignon. 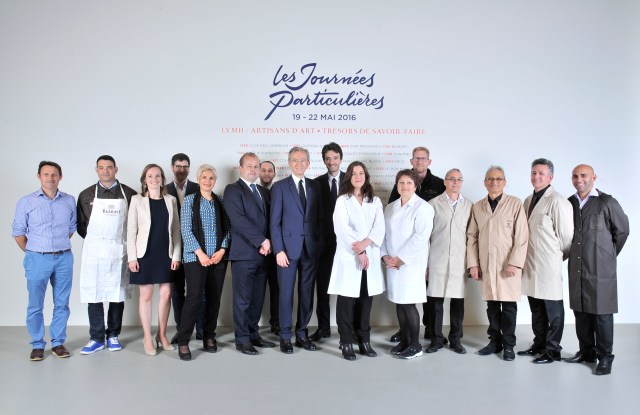 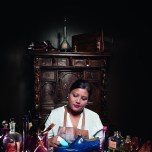 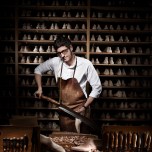 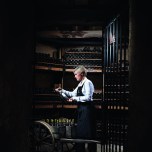 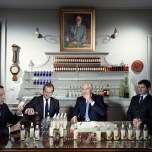 PARIS — Antoine Arnault wants to set the record straight once and for all: “LVMH is not just about numbers,” the son of Bernard Arnault told WWD during the preview of a photo exhibit celebrating the luxury group’s army of artisans. “It’s about people.”

“You know, I worked 10 years at Vuitton and every single time I go to the Vuitton workshop in Asnières I still discover new things, new techniques, new anecdotes about a method for instance that was invented by a great-grandfather of someone who still works there. These are family stories, and I find this is what makes these houses human and real. So the fact that LVMH is always perceived as a big financial group where it’s just about numbers, results, profitability and nothing else, is a little bit annoying to me,” divulged Arnault, who is also chief executive officer of Berluti, one of the 40 brands and 50 work sites belonging to the luxury conglomerate that are slated to open their doors.

He said many houses asked to be included in the program for the first time, such as storied winemaker Le Clos des Lambrays, whose origins date back to 1365, making it the oldest brand under LVMH’s umbrella, which also boasts such houses as Dior, Givenchy, Fendi, Loewe and Dom Pérignon.

“It was delicious news for me that the French artisans couldn’t wait to work on a weekend,” observed Arnault, alluding to the controversial subject of surpassing the French 35-hour week and Sunday openings, which the group supports.

Among some of the new venues added this year are the atelier of  leather goods maker Moynat in Paris, Berluti’s factory in Ferrara, Italy, and Nicholas Kirkwood’s boutique and studio in London.

The first edition of the Journées Particulières in 2011 attracted close to 100,000 visitors; 120,000 people turned out for an encore in 2013. This year the event has been extended by a full day to accommodate even bigger numbers.

“We skipped 2015 because my father wished to dedicate it to the Fondation Louis Vuitton, which was inaugurated last year and which is very dear to him,” explained Arnault, adding, “I feel we have a public that is very curious of the savoir-faire — not just passionate about the products but how they are made, and so we want to show a little bit of our secrets. In three days, anyway, no one will be able to steal our secret formula,” he laughed.

Arnault said he hopes this glimpse behind the scenes will also attract the attention of potential future artisans. “The first day will be primarily dedicated to students, who have shown great interest in our company. For the last 12 years, LVMH has ranked as the number-one firm among business students,” he said.

But when it comes to the craftsmanship side of things, the executive noted that the group has to do a better job in showing its value in order to ensure its future. “It’s difficult [to build the next generation]. Today people prefer to work in digital, not perform a manual job, but these jobs are beautiful and they are also the jobs of the future, we just need to valorize them and make them as important as they are.”

Jean-Paul Claverie, a longtime adviser to the LVMH group, noted how at the 250-year old Hennessy brand, some of the cognac specialists have transmitted their knowledge for nine generations within the same family. “That’s remarkable. It doesn’t exist anywhere else in the world. So the willpower is there. Having a new leather goods maker at Louis Vuitton train for four to five years is also how we ensure quality,” he added.

“As there is more and more talk of immediacy — I see fashion shows today, I buy tomorrow — an event like this also gives people a sense of how much time it takes to make a perfect product. It does not happen overnight. For a pair of shoes at Berluti you will need to wait one year at the moment. And you know what? Clients don’t mind.”

The images at the exhibition, which took three years to make, are a further testament to the group’s philosophy. “For the first time, the artisanal work has been documented by a single eye — that of Stephan Gladieu — and you can flip through it like an encyclopedia of professions that have been around for centuries,” Claverie said.

“How many of you actually know what a lozineur does?” he teased a group of journalists about the craft of fixing protective resin and metallic parts on suitcases.

While the artisanal work is what has put the luxury behemoth at an economical advantage, both Claverie and Arnault remarked it was a win-win situation for both parties. “At a moment of major economic difficulties, every one of these brands manages to exist without posing itself any financial questions. That’s also thanks to a group like LVMH,” said Arnault, while Claverie added: “To confront an uncertain future, we have to perfectly own our past.”

The next edition of the Journées Particulières might involve a leap across the ocean, Arnault revealed.

“My hope is that we will be able to show off Loro Piana’s vicuña [production] in South America. We have a whole ranch of hundreds of acres where vicuña are raised,” he smiled, adding: “Yes, we are also farmers.”

Dozens of LVMH’s 5,000 artisans gathered on Thursday night at the Fondation Louis Vuitton to pose in front of their portraits. Lozineur Eding Mutlu, a humble man in his late 50s, who started at the age of 15, said his job is so rare, everybody in the industry knows him. “You really have to like it,” he smiled. His secret: “You have to feel the metal — because no piece is like the other,” he said, dreamingly drawing an irregular surface in the air.

Carlos Formigal de Pinho’s said he has tried almost every craft before settling for leather. The so-called peaussier handles roughly 500 square meters of leather, or 300 skins, a day, chasing — well, perfection, he said. “There can be no scarring, no scratches,” he noted firmly. “The hardest thing to find is high-quality natural cowhide leather, because it’s the mason’s signature,” he revealed.

For Jean-Michel Casalonga, shoemaker at Berluti, the biggest challenge is to understand a customer’s expectations, in 70 hours, that is, the time it takes to create a pair of made-to-measure shoes. “Our job really is to find the perfect proportion between aesthetics and comfort, so there is a lot of psychology involved,” he observed.

Casalonga was hopeful about his craft’s future prospects. Because shoemaking is close to fashion, he noted, more and more young people are ready to take it on. “I think it’s a generational thing. Those youngsters who are fresh out of school just don’t feel like spending their lives in a 9-to-5 job in the office.”

“But you have to be patient,” allowed Florence Chehet, chief seamstress at Christian Dior couture, after posing with Arnault in front of a picture showing her in action with a couture gown. “It’s what the young generation is missing. They have different priorities. Everything has to happen fast. On the other hand, we have never had this many apprentices, and they are good. I have taken seven under my wing,” she smiled benevolently.