By Luisa Zargani and Samantha Conti and Joelle Diderich on March 7, 2011
View Slideshow 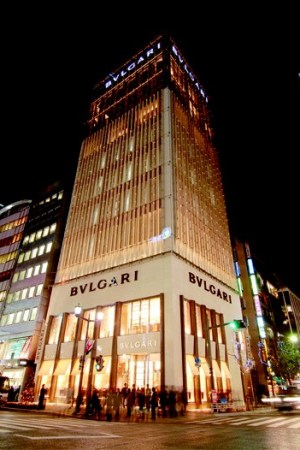 The luxury megadeal is back, thanks to Bernard Arnault.

This story first appeared in the March 8, 2011 issue of WWD. Subscribe Today.

In a transaction with a total value of more than $6 billion, Arnault’s LVMH Moët Hennessy Louis Vuitton on Monday agreed to acquire 50.4 percent of Rome-based jeweler Bulgari in a cash-and-share swap, and launched a bid for the remaining shares. In typical Arnault fashion, the acquisition will immediately reshape the landscape of the fine jewelry and watch sector, stepping up pressure on LVMH’s competitors Swatch Group and Compagnie Financière Richemont SA and potentially stirring other deals in the luxury sector. The shares of luxury companies worldwide climbed on Monday in the wake of the news despite sharp declines in global stock markets amid heightened worries over the soaring price of oil.

The purchase of Bulgari also represents a bit of bait-and-switch by Arnault, who only last month downplayed the likelihood of LVMH making acquisitions as he reiterated the group’s strategy of investing heavily in its high potential brands.

Instead, the Bulgari deal will:

• Double the size of LVMH’s watch and jewelry division in one fell swoop;

• Make the Bulgari family the second-largest family shareholders in LVMH after Arnault himself, with a 3.3 percent stake;

• Give Bulgari the financial muscle to further expand its product categories and retail footprint.

The purchase comes in the midst of a turbulent period for Arnault following last week’s beginning of termination proceedings against John Galliano at Dior, one of the jewels in Arnault’s empire, and a stepped-up war of words from another family-owned company, Hermès, in which Arnault has quietly been amassing a 20.2 percent stake. The turmoil apparently hasn’t distracted him too much, however — also on Monday, Arnault tapped a new global chief executive officer for specialist beauty retailer Sephora, another of his holdings.

While the owning families of Hermès might see Arnault as a raider as welcome as Attila the Hun, the Bulgari clan believes that joining the LVMH stable offers nothing but synergies and growth potential. Francesco Trapani, who has been ceo of Bulgari for 27 years, said his family “wanted to remain entrepreneurs, we were not looking to retire and cash out.”

“We were not ready to sell, but to change the profile of our entrepreneurial activity,” he added. “LVMH is the perfect partner and there is no question about its scale and global high quality management structure.”

Trapani said he had been in talks over the years with “the majority” of luxury companies about a possible sale, but that “they were not open to a situation like this, they were afraid of losing full control, especially Italians, who are jealous of their companies. My view of having a more industrial approach did not convince them.”

Bulgari is not coming cheap for Arnault, the world’s seventh richest man with a worth estimated at $26 billion. Not only will the luxury titan have to shell out a substantial amount of cash, but he also is slightly loosening his family’s grip on LVMH itself.

The structure of the deal is unique in that LVMH will, for the first time in 23 years, issue shares to partially pay for Bulgari.

Under the terms of the purchase, LVMH is set to pay a total of 4.3 billion euros, or $6.01 billion at current exchange. The French luxury giant will issue 16.5 million shares in exchange for the 152.5 million Bulgari shares currently held by the jeweler’s founding family, who own 50.4 percent of the company. The LVMH shares are worth 1.86 billion euros, or $2.6 billion at current exchange. The Bulgaris also could buy another 14.5 million LVMH shares on the basis of the same exchange ratio. In that case, the purchase of Bulgari would be financed with 48 percent in LVMH shares and 52 percent in cash and financial debt.

If the Bulgaris do not buy the additional shares, 2.4 billion euros, or $3.3 billion, of the purchase price would be financed with available cash and new financial debt, or 56 percent of the total price. This would have a limited impact on LVMH’s debt, according to the company, which currently has a debt-to-equity ratio of 16 percent and free cash flow of more than 4 billion euros.

Following completion of the deal, Bulgari will be delisted and the Bulgari family will have two representatives on the LVMH board. Paolo and Nicola Bulgari will remain chairman and vice chairman of the Bulgari board, respectively. Trapani is to join the executive committee of LVMH and take the management helm of the French group’s watch and jewelry division in the second half, succeeding incumbent Philippe Pascal.

In a conference call with analysts, Antonio Belloni, LVMH group managing director, said Trapani will remain ceo of Bulgari “in the short term, to assist in this important transition, but that, in the context of larger responsibilities, a new leader will be put in place.” As for Pascal, Belloni said that, as a “valued resource who has done an excellent job, we have an excellent assignment for him in the future,” following the transition period. He declined to provide details.

LVMH’s watch and jewelry division was created in 1999 with the acquisition of Chaumet, Zenith and Tag Heuer. In 2001, LVMH set up a joint venture with De Beers to establish a diamond jewelry retailing platform, followed in 2008 by the acquisition of Hublot. “We are relatively young in this category and we cannot say we had a leadership, but at LVMH we do like to be leaders, so we will be doubling the size of our watch and jewelry division and strengthening our group [with the Bulgari deal],” said Belloni.

“This is a significant step for our family as well as for Bulgari, occurring at a time of strong revenue growth,” said Trapani during the call, adding that Bulgari sales in the first two months of the year were up 25 percent at a comparable exchange rate, and that its order book more than doubled as of the end of February.

But Bulgari’s trajectory in recent years hasn’t been continually upward. The company struggled following the recession of 2008, as did many of its competitors, and also stumbled slightly several years before that with the expansion of its watch line. Recently, however, Bulgari has registered strong increases in profits and sales, although its profit margins at about 10 percent continue to lag those of the rest of the industry.

“Our entrance into LVMH will allow Bulgari to reinforce its worldwide growth and to realize noteworthy synergies, in particular in the areas of purchasing and distribution,” said Trapani. “My vision is that the luxury market will continue to grow in the next 10 years, become progressively and increasingly more competitive, and in more geographical areas. We need to be more competitive in new areas, from Russia to China, India and the Middle East, to prosper.”

Armando Branchini, deputy chairman of Milan-based consultancy InterCorporate, concurred, saying that consumer spending is expected to grow over the next few years and that, as part of LVMH, Bulgari will be able to open more stores around the world. “This is a win-win-win situation: LVMH buys a firm with a strong positioning, that is consistent and has a big global potential; Bulgari obtains a 3 percent share in LVMH, becoming second majority shareholder, and the share price is at such a premium.”

A Milan-based analyst who requested anonymity said Bulgari secured a very high price, in “a sector that hasn’t seen this kind of values since 2007.”

Luca Solca, a senior analyst with Bernstein Research in Zurich, said “the price seems to be hefty versus our general M&A guidelines. Expensive as it may be, the absolute deal size is small for LVMH,” with earning dilutions in 2011 and 2012 “likely to be minimal.” Solca said “the deal makes strategic sense and should be beneficial for LVMH. Bulgari is a potential megabrand with much to gain (media buying, retail development) from LVMH’s muscle. LVMH’s watch and jewelry are among the weakest areas — in need of a stronger brand lineup.”

René Weber, analyst at Bank Vontobel, said Bulgari gets a “very attractive price” at 21 times its EBITDA, and LVMH secures a “bigger size” in the watch and jewelry market. “As LVMH just has a very small leverage (debt-equity ratio 2010: 16 percent) and 50 percent of the deal is paid by shares, it does not have a big impact on their balance sheet.”

By doubling its watch and jewelry division in terms of sales, LVMH “gets closer” to producers such as Swatch and Richemont.

However, Weber estimated that the new LVMH watch business would still be less than half the size of the three big watch groups — Swatch, Rolex and Richemont. The new division will account for roughly 10 percent of LVMH’s group sales, he said.

Richard Lowe, head of retail and wholesale at Barclays Corporate in London, said “the deal did not come as a surprise to me. You would expect LVMH to be on the lookout for global brands, with cross-continental appeal much like Richemont did with Net-a-porter.com. And clearly, LVMH has bought the management’s vision for the brand. I doubt that they would upset the applecart by changing management now.”

Belloni said LVMH values the synergies of the deal, and it fits in with LVMH’s philosophy of “one model nurturing the uniqueness and differentiation of culture and integrity and creativity of each brand. There will be an opportunity to gain from putting the businesses together, and we will be stronger in development and retail, we can gain critical market, optimize our purchase of media and our organization around the world.”

In the conference call, Jean-Jacques Guiony, chief financial officer at LVMH, said this was “the first share swap in 23 years and the largest acquisition and not a precedent for any other transaction,” although he mentioned Christian Dior “did something similar” with Guerlain in the past.

Bulgari was founded in 1884 by Greek expatriate Sotirios Boulgaris, who later changed his name to Sotirio Bulgari, as a tiny silverware store established in Rome. Trapani, Sotirios’ great-grandson, and the nephew of Paolo and Nicola Bulgari, became ceo in 1984 at age 27. In the mid-Seventies, Bulgari branched out with high-end Swiss-made watches, such as the top-performing Bulgari design, where the logo is etched into the bezel. Trapani was instrumental in listing the company on the Milan bourse in 1995.

He also is credited with substantially expanding Bulgari in terms of its breadth of products and its retail reach. He has aggressively moved the company into accessories such as watches, silk products and leather goods and tapped Matthew Williamson to design a capsule collection. In light of the deal, Belloni said LVMH is still deciding on strategies regarding Bulgari’s perfumes and accessories categories, but that, for the latter, given the group’s expertise, “we’d be very smart to reason [on it],” he said.