The South African designer told WWD how he is navigating the COVID-19 retail landscape while upholding his brand identity.

PARIS — Winning the LVMH Prize for Young Designers last year should have propelled Thebe Magugu on a fast-track to expansion. Instead, the designer has found himself navigating choppy waters as the coronavirus pandemic has upended relationships between retailers and labels.

The silver lining? The drop in wholesale orders has prompted the South African brand to speed up the launch of its e-commerce site, which goes live today alongside Magugu’s fall 2020 campaign shot by Travys Owen.

“I wanted to make an open invitation into my universe — making it more tangible and accessible,” he said.

In the Collections menu, the spines of books bear the name of each season, and open to his research on the collections. The shop section carries women’s ready-to-wear and accessories, alongside select pre-fall items exclusive to the e-store. A men’s collection is in the pipeline.

To mark the launch, the site will carry a unisex T-shirt line called Extracurricular that is also available exclusively at Dover Street Market locations worldwide and online. The T-shirts feature doodles from Magugu’s Instagram sketchbook, with the first drop showing a stick figure sipping tea while everything around it goes up in flames. 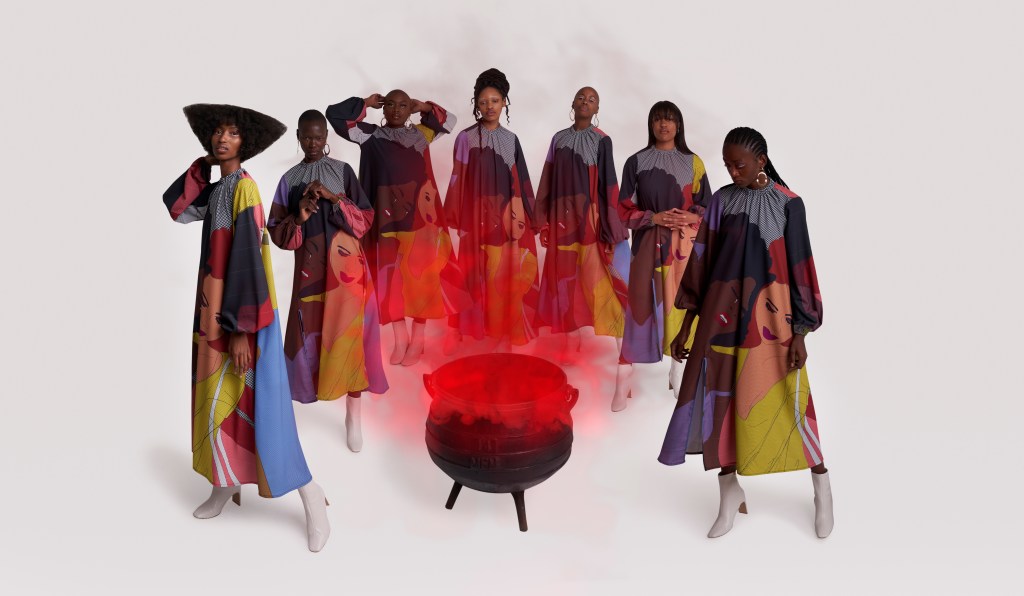 The fall campaign stars a group of the designer’s closest friends posed in tableaux around objects from his childhood, including a steaming cauldron spewing red smoke — a reference to a cultural ceremony his family performs every few years, but also to one of his favorite plays, Arthur Miller’s “The Crucible.”

In an interview with WWD, Magugu talked about how he is adapting his brand, which is present in 19 points of sale worldwide, to the new market realities, and how he plans to show his next collection remotely during Paris Fashion Week.

WWD: Were you always planning to launch your online store this fall, or did the lockdown speed up the process?

Thebe Magugu: Lockdown certainly sped up the process. Initially, I wanted to grow wholesale and then follow that up with my own retail operation, but now that wholesale is in a state of postponed flux, I thought now was the time to act. The process, although intense, has been quite exhilarating. Commission Studio, Official Business and I created the site in a way that makes it feel like a “resource” by creating a universe for people to not only shop but also delve into the brand’s DNA and general context through publishing, photography and other special projects.

WWD: How did the lockdown affect your wholesale activities? Did you suffer any canceled orders?

T.M.: Unfortunately, like many designers, lockdown affected wholesale quite a bit, and I think a defining moment was when I was getting ready to ship to two stores in New York during my delivery window. On shipping day…I learned that the stores I was about to send to had officially closed — and DHL was already en route to collect from my studios. On the bright side, at least that stock can now live on my online store.

I must admit though that there were stores that committed to their buy and it was a considerably better situation than some of the horrors designers were faced with when buyers canceled orders mid-production and refused to meet them in the middle. 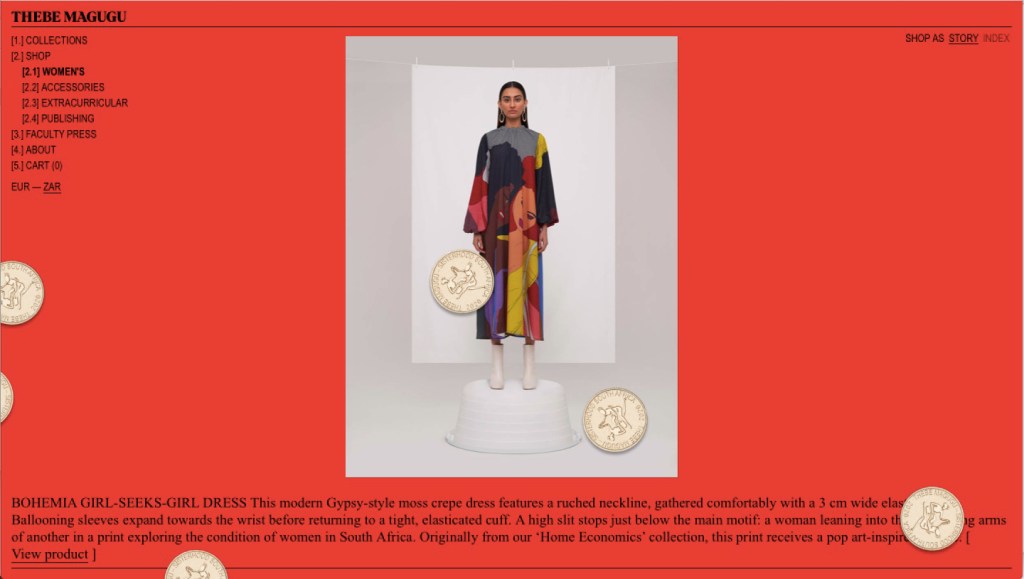 WWD: Many emerging designers have found that d-t-c has been a lifesaver during this period. How important do you expect direct sales to be to your business going forward?

T.M.: It is something that I have been asked about time and time again, especially in my local market. My accessibility had been quite limited, with only select pieces making it into select stores, and the idea of having a space where everyone can gain something — whether that’s physical clothes or stimulating content — gives me great joy. I think in these precarious times, it’s important to explore viable retail avenues and d-t-c curtails many of the risks and disadvantages of wholesale (well at least for the time being).

WWD: Are you partnering with anyone on the fulfillment portion, or is this something you are doing in-house?

T.M.: I am doing this process in-house, but I have incredible assistance from a local logistics company that has considered every aspect of our back-end, making it as automated as possible and ensuring ease-of-use for both us in-house and the customer’s shopping experience.

WWD: Do you plan to present a new collection at Paris Fashion Week? If so, what format will it take?

T.M.: South Africa has closed its borders to international travel as a precaution, but I have worked on a collection that will be presented in a digital format during Paris Fashion Week and the garments themselves will be available at Palais de Tokyo for viewing by appointment only for our seasonal buying meetings.