LVMH Swoops In on Hermès

LVMH said it holds a 14.2 percent stake in family-controlled Hermès, and plans to be a "long-term shareholder." 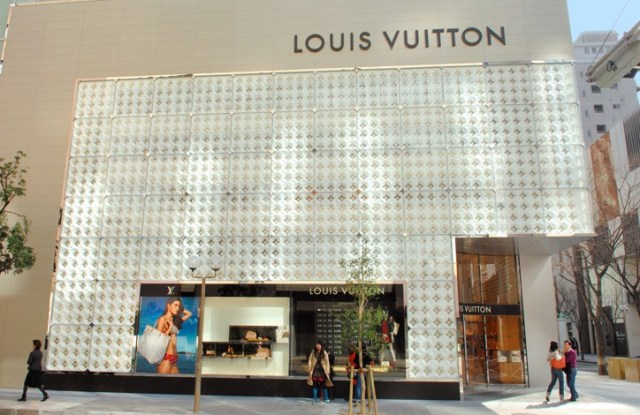 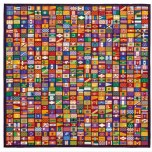 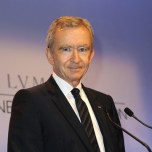 PARIS — Luxury titan Bernard Arnault has a foot in the door at Hermès International. The question now is: Will it swing open further?

This story first appeared in the October 25, 2010 issue of WWD. Subscribe Today.

In a surprising revelation that could ignite a battle for one of luxury’s most hallowed names, LVMH Moët Hennessy Louis Vuitton said Saturday it holds a 14.2 percent stake in family-controlled Hermès, and plans to be a “long-term shareholder.”

The luxury conglomerate, parent of about 60 brands including Fendi, Sephora and Dom Perignon, said it holds more than 15 million shares of Hermès, plus more than 3 million derivative instruments it intends to covert into shares. That eventually would give LVMH 17.1 percent of the share capital, at an investment cost of 1.45 billion euros, or $2.02 billion at current exchange rates.

LVMH moved quickly to squash any takeover speculation, saying it has “no intention of launching a tender offer, taking control of Hermès nor seeking board representation.…The objective of LVMH is to be a long-term shareholder of Hermès and to contribute to the preservation of the family and French attributes which are at the heart of the global success of this iconic brand.”

Still, few observers expect Arnault — who famously won control of Vuitton and LVMH in the late Eighties by pitting family member against family member and ultimately launching a hostile takeover bid — will be content with a silent minority holding.

More recently, Arnault, LVMH’s chairman and chief executive officer, waged a long and bitter battle for control of Gucci, which was ultimately stymied when, in 1999, François Pinault stepped in as a white knight and launched a tender offer of his own, allowing PPR to position itself as a rival luxury group.

“I believe LVMH is parking itself in pole position for a future acquisition. It’s only possible to extract the synergies if they control the company outright,” said Luca Solca, luxury analyst at Bernstein Research in London. “This suggests a portion of the family wanted to sell.…This could happen relatively quickly or take many years.”

“Why on earth would LVMH want to take a noncontrolling bystander interest? Surely they are looking to convince a further packet of shareholders,” agreed another luxury expert, speaking on condition of anonymity. “They can easily fund further purchases.”

Arnault has long expressed admiration for Hermès — almost as consistently as Hermès management has sought to trumpet the family’s unity and will to remain independent despite interest from eager suitors.

“The family wants to keep control of its group.…Hermès is a jewel,” Bertrand Puech, executive manager, chairman and member of the management board, told a shareholders meeting in 2008, then addressing persistent speculation of an imminent bid by Arnault. “We are indeed desirable, but we are prudent and are bent on defending our property. No takeover bid is in view.”

Late Sunday, Hermès issued a statement saying its family shareholders “are fully united around a common business vision” and “have confirmed that they are not contemplating any significant selling of shares.”

The statement noted that “Hermès has treated and will always treat its shareholders with utmost respect.”

According to market sources, LVMH was offered the bundle of Hermès shares from an intermediary, but the identity of the sellers and the middleman could not immediately be learned.

Hermès went public in 1993, but the founding family still maintains control of about three-quarters of the company’s shares and voting rights.

The family, made up of three branches under the Dumas, Puech and Guerrand surnames, numbers between 40 and 60 members, sources said.

Shares of Hermès International have soared more than 88 percent over the past year as the luxury sector rebounded strongly from the global financial crisis.

Hermès is viewed as a safe haven for investors in the sector, and the stock price also has been bloated by persistent takeover speculation. The death last May of former chief executive officer and charismatic family patriarch Jean-Louis Dumas was seen as a milestone likely to increase the likelihood of a transaction.

According to his calculations, Solca said LVMH paid about 80 euros, or $111.61 at current exchange, per Hermès share, putting it at a multiple closer to sector averages and at a level where it would be possible to add value to the investment.

He noted the value of floated Hermès shares would automatically fall if “a very large chunk of shares hit the market” — and the LVMH surprise buy is likely to deflate Hermès’s market value now that there’s “less pressure in the immediate term for an immediate takeover.”

Another London-based analyst said the transaction is likely to boost the share price of other luxury issues including Bulgari and Burberry, noting, “If there’s appetite for consolidation, it’s not likely to stop there.”

LVMH is unlikely to increase its Hermès investment in the near term, but historically the French group rarely takes a minority stake and stays at that level. In the London analyst’s estimation, Hermès would fit logically at the pinnacle of LVMH’s fashion and leather goods portfolio, and not “cannibalize” any of its other brands.

It is understood LVMH will make a more detailed announcement today to French market authorities, as the rules compel any individual or company that attains more than 5 percent of shares to disclose that fact. There is some speculation LVMH might have accumulated shares over time from the free float when prices were more attractive.

Analysts have long held that Hermès shares trade at an unjustifiable premium, more than 80 percent above the sector average.

“The good thing about the announcement is that LVMH has managed to accumulate the equivalent of 17.1 percent of Hermès shares for a cost that represents a 54 percent discount to where shares are trading now,” HSBC analyst Erwan Rambourg wrote in a research note Sunday. “We believe it should be seen as an excellent use of cash. It also values Hermès at less stratospheric heights.”

According to the Hermès annual report, any party coming into possession of more than 15 percent of its share capital or voting rights must disclose it to the company and make a “statement of intent.” The threshold to file a public takeover bid or offer of exchange stands at 33.3 percent.

LVMH declined to comment beyond a press release designed to squelch takeover speculation.

“LVMH fully supports the strategy implemented by the founding family and the management team, who have made the brand one of the jewels of the luxury industry,” it said.

To be sure, Hermès has shown impressive resilience through the economic crisis as high-end consumers sought shelter in heritage brands with more classical positioning. Last month, Hermès edged up its sales forecasts for the year after reporting profits in the first half bounded 55.2 percent to 194.6 million euros, or $258.9 million. The firm is projecting sales growth at constant exchange rates of around 12 percent for the full year, versus an earlier target of about 10 to 12 percent.

LVMH also has been showing impressive momentum, with strong sales and profits fueling good cash flow and raising speculation of a share buyback, payout or acquisition.

On the latter subject, Arnault, speaking at an analysts’ presentation last July, said LVMH had no interest in acquiring French beauty giant L’Oréal, but he danced around other possible targets. “Either we have plans I can’t reveal or we have no plans, so what can I say,” he replied with a smile.

Still, LVMH faces hurdles should it wish to sidle up closer to Hermès. Its legal status as a société en commandite, or partnership limited by shares, is such that it is difficult to wrest control away from family members.

HSBC’s Rambourg noted that LVMH does not hold any shares in partner company Emile Hermès (EH), which can only be held by descendants of the founder. “Therefore, if LVMH wants, at a later stage, to take operational control of Hermès International, it will need to obtain approval from the members of the Hermès family that control EH.”

He said that while the fifth generation of family members wanted Hermès to remain independent, “the sixth generation may think differently.”

“It’s a good time for the Dumas family to think about selling their shares because they might not get a valuation like this for a long time,” said one London-based banking source. “Earlier this year, the Hermès stock was trading at 70 to 80 euros per share, and now it’s trading at 180 euros — that’s not a luxury company, that’s more like Apple. With an extremely high valuation, and a French shareholder like Bernard Arnault now truly entrenched, more family members might seriously consider turning their shares over to him.”

Hermès is considered such an attractive and rare trophy brand, it is seen as attracting attention from rival investors, including Compagnie Financière Richemont, which has also expressed admiration for Hermès and has a strong orientation to hard luxury.

However, in a research note Sunday, Solca noted that “no other luxury player beyond LVMH seems to possess the required size and financial muscle to conceive a counter move..… LVMH is positioning itself to increase its lead on other luxury goods competitors.”