There are 30 semifinalists for the inaugural LVMH Young Fashion Designer Prize, including a host of buzzy designers that are to show in London starting Friday. 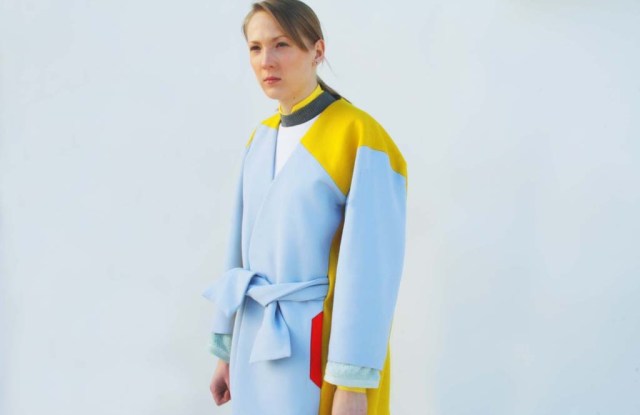 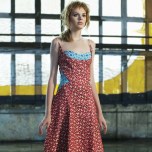 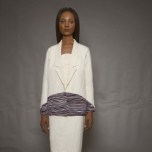 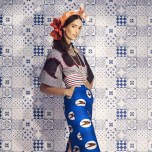 PARIS — A host of buzzy designers that are to show in London starting Friday — including Simone Rocha, Thomas Tait, Meadham Kirchhoff, Marques’ Almeida and J JS Lee — will face a second round of scrutiny come Paris Fashion Week.

This story first appeared in the February 13, 2014 issue of WWD. Subscribe Today.

They are among 30 semifinalists for the inaugural LVMH Young Fashion Designer Prize, which comes with a grant of 300,000 euros, or $409,750 at current exchange, plus a year of coaching.

Telegraphing the appeal of such fashion contests — and suggesting young designers are hungry for funding and business advice — a total of 1,221 budding talents applied for a chance to win.

“It was really hard to do a short list of 30,” said Delphine Arnault, the force behind the initiative and a key talent scout at the luxury group her family controls, LVMH Moët Hennessy Louis Vuitton. “I was really amazed at the number of applicants and the quality of the dossiers we received,” she added.

Arnault, who is second-in-command at Louis Vuitton, also lauded the diversity of the fashions — from hyper-feminine to streetwise — and the profiles of designers; some relatively known in the industry, others largely hidden.

The New York-based semifinalists are CG by Chris Gelinas; Creatures of the Wind by Shane Gabier and Christopher Peters; Bruno Pieters of Honest by; Shayne Oliver’s Hood by Air; Tim Coppens, and Suno by Erin Beatty and Max Osterweis.

The Paris-based candidates are Julien Dossena for his brand Atto (he also designs Paco Rabanne); Jacquemus by Simon Porte Jacquemus, and Tillmann Lauterbach.

Rounding out this international pack are Yang Li, Christopher Shannon, Craig Green and Ostwald Helgason’s Susanne Ostwald and Ingvar Helgason, all based in London; Gabriele Colangelo and Stella Maria Jean Novarino from Italy; Minju Kim and Lena Lumelsky from Antwerp, Belgium, and Hellen van Rees from Hengelo, The Netherlands.

Five of the semifinalists specialize in men’s wear only.

Arnault said the company would fly all 30 contenders to the French capital on Feb. 26 and 27 to display eight looks from their recent collections in the auditorium at LVMH headquarters on Avenue Montaigne.

On those days, 40 prominent figures from retail, publishing and image creation are to meet the designers and review their wares, whittling down the field to 10 finalists.

Arnault noted each expert is to select his or her favorites, and whichever 10 get the most votes move on to the next round.

“I can’t wait to meet them and get to know them,” Arnault said of the designers vying for the prize, praising their gumption in the face of a competitive industry fueled by creativity.

“It’s really an adventure. You have to be really audacious,” Arnault said in an exclusive interview.

Asked about the proliferation of fashion contests recently, she applauded the development. “I think it’s a great thing to support fashion and support designers,” she said. “It’s really our responsibility to find the talents…and to help them grow.”

The LVMH competition is unique in its global scope, a gradual elimination process that awards all entrants with invaluable exposure, and an online-only registration and nominations.

The competition, which closed Feb. 2, was open to any designer between the ages of 18 and 40 who has presented and sold at least two collections of women’s or men’s ready-to-wear.

At the end of May, the 10 finalists are to make 20-minute presentations to a jury stacked with design stars, including Karl Lagerfeld, Marc Jacobs, Nicolas Ghesquière, Raf Simons, Phoebe Philo and Riccardo Tisci.

LVMH also held an online competition in which amateur scouts could post pictures of designers worthy of notice and vie for a chance to become a member of the expert committee. The victor among 150 scouts was Marta Eva Jurin, a 26-year-old B.A. student who lives in Zagreb, Croatia, who posted nearly 240 pictures of 30 designers, many of whom are now short-listed. She becomes an expert for the 2014 edition of the prize and will be invited to Paris.

Meanwhile, graduate students have until March 2 to apply online to win one of three 10,000-euro ($13,658) scholarships — plus a one-year post in the design studio of an LVMH brand. LVMH’s fashion houses include such names as Louis Vuitton, Dior, Fendi, Givenchy, Loewe, Pucci and Céline.

To date, 450 graduate students have already applied from schools including London’s Central Saint Martins, Parsons The New School for Design in New York, IFM in Paris, Bunka Fashion College in Jakarta, Indonesia, and La Cambre in Brussels. “It’s great for the students, and also for us,” Arnault noted.

Since going live in late November, the LVMH prize Web site has received 73,000 visits and recorded 221,000 page views, with the most traffic emanating from France, the U.S., the U.K., Italy and China.