A Tribute to L’Wren Scott

Scores of L'Wren Scott's friends and relatives turned out for a memorial service for her at St. Bartholomew’s Church in New York. 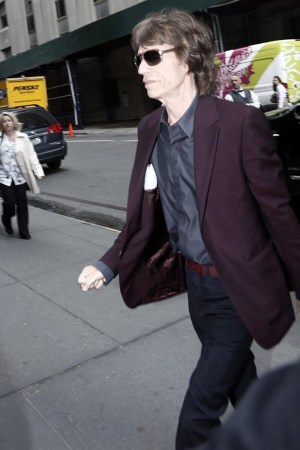 Scores of L’Wren Scott’s friends and relatives turned out Friday night for a memorial service at St. Bartholomew’s Church in New York.

The designer’s partner, Mick Jagger, was among the first to arrive, slipping in a side entrance with his daughter Georgia May Jagger. Within minutes, fellow Rolling Stone Keith Richards and his wife, Patti Hansen, darted past, as did Ronnie Wood and his better half Sally Humphreys. Following their lead, Martin Scorsese also dodged the pack of photographers stationed behind a barricade on Park Avenue.

They were all there to pay tribute to Scott, who took her life on March 17 at the age of 49 in her New York apartment. In one of many emotionally charged moments, Jagger, after eulogizing Scott with touching stories of their years together, sang Bob Dylan’s “Just Like a Woman,” accompanied by piano.

After Friday’s memorial, guests were invited to a private reception at The Top of The Standard.