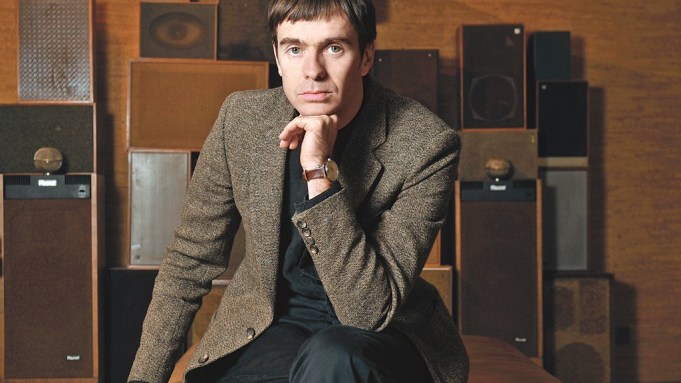 In July came the announcement from Hermès International that the French heritage brand and its artistic director since 2010, Christophe Lemaire, “have decided to end their collaboration.” So now Lemaire, who served as the creative director at Lacoste before replacing Jean Paul Gaultier at Hermès, will devote himself to his own label, which he launched in 1991.

“Lacoste and Hermès historically designed sporty, chic garments since the twenties,” he tells M. “They both have a beautiful heritage and a DNA of relaxed elegance. Lacoste taught me to work within a commercial reality, and Hermès’ beautiful history of craftsmanship and attention to detail was very inspiring and demanding.”

Departing from Hermès’ vibrant prints, Lemaire’s Spring 2015 collection includes luxe jogging pants, Japanese-style workwear, and his statement oversize jackets and shirts. Asked about what inspires his designs, Lemaire says, “I don’t know, myself, how it works. I can be moved and inspired by very little things: someone in the street, books, even a movie. I like those moments when you are not at work and the ideas pop up in your mind.”

He has a specific vision for what he designs for men: “There’s a part of me that likes very classic and mannish suits. I’m thinking of Alain Delon or Lino Ventura in the seventies French thrillers. I also like the deconstructed Japanese suit of the eighties.”

He is careful not to be swept up by trends. “I have always been interested in style more than fashion,” he says. “I am always very influenced by musicians’ style and attitude—David Bowie, Echo & the Bunnymen, David Byrne, and Ian Curtis, to name a few. It may have started because I was a frustrated musician.”

Lemaire’s earliest memories of fashion are of Africa. “I spent a part of my childhood in Africa,” he says, “because my mother went to work at the university in Dakar. I realize now that I might have been quite influenced by the way they dressed—more the way they move, actually. Fashion is linked to gesture.”

Asked if he prefers designing for men or women, he says, “I like both. I am very selfish when it comes to designing men’s clothes! For the women’s collection, I am working with Sarah-Linh, who brings her own desires as a woman. It is more of a dialogue between us, too, a search for the perfect balance between pragmatism and fantasy.”