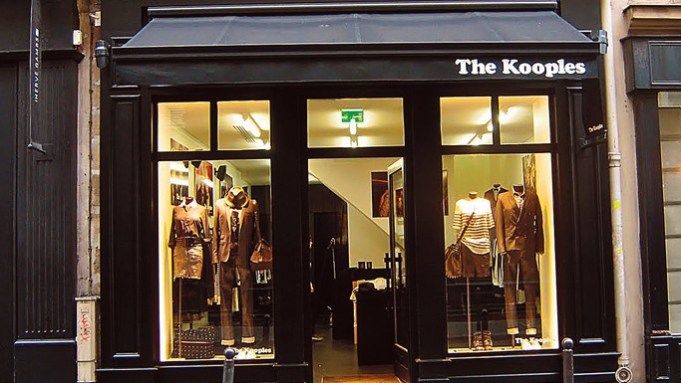 PARIS — Apparel is suddenly all the rage in the mergers and acquisitions scene.

Long cautious about fashion given the perceived risks of seasonal collections and trends, investors galore are now eyeing potential deals, particularly in the burgeoning contemporary and affordable luxury space.

“There’s a lot of interest. Premium and aspirational brands in fashion have global appeal,” said Elsa Berry, managing director of Vendôme Global Partners, a boutique M&A firm based in New York. “There are more players interested. It’s one of the first times in a long time when apparel has attracted small, medium-sized and large transactions.”

A spate of recent deals — headlined by Kohlberg Kravis Roberts & Co.’s acquisition of the Sandro, Maje and Claudie Pierlot fashion chains and Bain Capital’s grab of outerwear star Canada Goose — has ignited broader interest in the sector, and dealmakers say they expect the flow won’t taper off in 2014.

“I think investors are realizing there is a gap in the fashion offer at present,” said Luca Solca, head of global luxury goods at Exane BNP Paribas. “You have a lot of brands at expensive ready-to-wear prices, you have lots of competition in the ‘mass fashion’ space, but you miss depth in the midprice offer.”

According to industry sources, French brands either readying a sale process or actively hunting for investors include Carven, Eleven Paris, Chattawak, Sud Express and Tara Jarmon. It is understood The Kooples, a fast-growing contemporary chain with a rock ’n’ roll edge, has also recently attracted unsolicited offers from private equity players.

“Some of the people behind these brands are ‘serial entrepreneurs’ — I think they could be happy to [richly] monetize their efforts, and go on to create new brands. The beauty in this area is that you don’t seem to be needing heritage and history. You just need the right product at the right price,” said Solca.

Agent Provocateur, Aigle and Paule Ka are among European brands that sources said could come on the market as early as 2014, while in the U.S., Phillip Lim, Alexander Wang and Thakoon are seen as attractive targets, given the buzz around advanced contemporary.

“What people are looking for in the sector is something scalable,” said Ariel Ohana, managing partner at Ohana & Co., a boutique investment firm in Paris. “There’s an appetite for brands, and in particular, any brand that has an international potential, mainly in emerging markets.”

At the same time, a spate of transactions this year involving fashion brands — from Christopher Kane to Lucky Brand Jeans — has woken up owners to the possibility of cashing in and getting a high valuation.

Echoing other observers, Berry noted that the luxury sector “is not so unique anymore” and investors see a “lot of growth potential” for contemporary names.

She cited the “Michael Kors effect,” alluding to the American designer’s blockbuster 2011 initial public offering. That Vince, founded in 2002, achieved a $1 billion valuation with its listing last month is also whetting appetites, she added.

“The rise and success of the contemporary category has been the defining trend of the last decade, with brands ranging from the creatively respected — Acne Studios, Alexander Wang, Isabel Marant — to the superbly well merchandised, like Tory Burch and Sandro/Maje,” agreed Pierre Mallevays, managing partner of Savigny Partners, a London-based boutique investment bank specializing in luxury goods. “Interest is very strong, but there aren’t that many targets available.”

He noted that private equity investment in The Kooples — private equity fund LBO France took a 20 percent stake in 2011 — make it “a deal waiting to happen, although timing will depend entirely on the business’ metrics. Carven, despite some private equity involvement, has more room to grow, and I don’t believe a transaction is likely to happen in the near future.”

Meanwhile, Acne and Marant, both independently owned and able to grow on a self-financing basis, are definitely not on the market, he added.

According to Ohana, successful contemporary players function as brands, with a clear fashion point of view, consistent collections and less dependency on star designers. “If you see it as a brand, established and with equity, then you see this as a long-term asset,” he explained.

Mallevays noted that the rapid growth of companies like Tory Burch has heartened investors that contemporary firms are professionally run and exhibit excellent organic growth. And the clothes they sell tend to be “classical products with a little twist, wearable and well merchandised.”

“The category is so successful, both in mature markets like Europe and also in growth markets, that pretty much everyone is interested,” he continued. “Luxury, by contrast, is no longer growing in Western markets, at least not for local customers.”

According to Ohana, acquisitions in the fashion sector are no longer the preserve of trade buyers or specialist funds, with the Sandro/Maje deal last April bringing large-cap players into the fray, as did French investment company Eurazeo’s 2011 purchase of a 45 percent stake in Italian firm Moncler, which went public Dec. 16.

“French fashion is fundamentally popular with all women worldwide,” noted Laurence Danon, co-chief executive officer of the French arm of financial advisory firm Leonardo & Co. “It’s the same as when you talk about Champagne or cognac. These are timeless values.”

Kering is seen as the most likely suitor for Wang, should family members wish to sell, given that the designer is also the creative director of the French group’s Balenciaga fashion house.

Last month, Kering took a majority stake in Bottega Veneta creative director Tomas Maier’s own brand, signaling what could be a new strategic path: securing its key creative talents by investing in their signature businesses.

“Asian retailers tell us the luxury market is starting to become saturated and they’re now looking at more accessible brands,” Ohana said. “That’s another reason why I think we’ll be seeing more transactions.”

Ohana noted that he doesn’t see many Asian investors buying brands just yet, although some may team up with other funds, as Swire attempted to do with Sandro/Maje.

Berry cautioned that viable brands must have a strong DNA, a well-defined consumer base and, ideally, digital traction. An inhibitor to deals is “high expectations from sellers” who expect the same multiples as a Kors or Moncler.

“There’s a lot of cash in the world, and a lot of different kinds of buyers looking,” Berry stressed. “Fashion has become an OK area to look.”

Meanwhile, she said Europe’s big luxury groups are likely to continue investing in smaller companies that offer “visionary design talent, out-of-the-box thinking or a new way of connecting with the consumer.”

The LVMH Moët Hennessy Louis Vuittons and Kerings of the world “need to renew themselves, to find growth and design talent,” she added.

“I think M&A activity will increase as a result of the convergence of interest from luxury players, private equity and Asian buyers, who will start to make some moves,” Mallevays agreed.