Mad Hommes: Behind the Scenes of ‘Populaire’

With its Fifties wardrobe and potential crossover appeal, the French romantic comedy should prove to be one of the fashion films of the season. 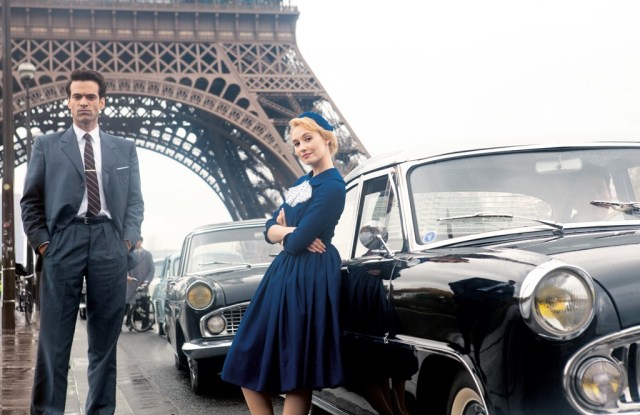 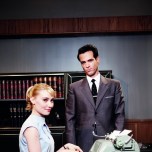 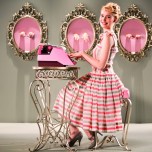 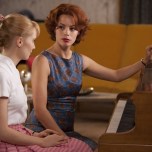 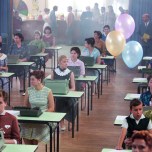 The female lead in what promises to be the French fashion film of the season plays to type. Set in Normandy in 1958, “Populaire” (“Popular” in English) follows a young French secretary who, egged on by her persistent boss, becomes a speed-typing champion. The film features a cast including 25-year-old rising actress Déborah François; Romain Duris, who starred in “The Heartbreaker,” and Bérénice Bejo of “The Artist.” It hits French screens Wednesday.

The Weinstein Co., which also distributed “The Artist” Stateside, has already acquired the rights to the film, and the crew is set to go to New York in March to promote its U.S. release. And the flowery dresses and pointy bras dreamed up by costume designer Charlotte David promise to do for late Fifties/early Sixties style in France what “Mad Men” did in America. David is no novice to the era: She created costumes for the French blockbuster “OSS 117,” an homage to classic spy films also set in the Fifties.

The general look and feel of “Populaire” was inspired by American film classics like “Funny Face” and “The Seven Year Itch,” as well as Alfred Hitchcock’s entire oeuvre.

Many costumes were created especially for the film, and François was able to give her input. “I loved being involved in the creation of costumes. I could say that these suspenders should be thinner, or this skirt should be worn with an extra petticoat, or have a bow added,” François says in an interview at the Bristol hotel in Paris.

For postures, the actress looked at the fashion magazines of the era.

“I had to learn how to hold my body like in the Fifties, to sit, walk, stand straight like a ballerina, just like Audrey Hepburn. In the Fifties, you really had to have good posture, because clothes and dresses were so starched,” she says. In addition, she almost developed “typist’s elbow” from the speed-typing competitions, which do indeed exist.

While Rose is a young provincial woman and wears pretty dresses, like a pink off-the-shoulder style, Bejo’s character, Marie, is married to an American and sports a more casual early Sixties style.

“I wanted Bérénice to be a more modern woman,” David explains. She went shopping for printed fabrics at De Gilles, a sprawling fabric shop on Rue de la Roquette in Paris, and used them to make short pants that she paired with silk knit jerseys. Ballet shoes, headbands and tight cardigans complete the look.

The hairstylist opted for a red wig, since hair at the time was permed and so stiff with hair spray that it didn’t move at all. Bejo liked it so much that she dyed her hair red for her following film.

The male leads wear tailor-made costumes and old-fashioned tie bars. “Romain [Duris] has a dancer’s silhouette. He is more a Montgomery Clift than a Don Draper,” says director Régis Roinsard. He does have one thing in common with Draper: Both wear a vintage Jaeger-LeCoultre watch.

A fan of “Mad Men,” Roinsard says he was inspired by the series’ attention to detail. There are other similarities between “Mad Men” and his film. “People smoke a lot and drink a lot, although people probably drank more wine in France,” Roinsard says.

He says, stylewise, there were differences between France and the U.S. For instance, Americans wore looser-fitting looks, and jeans only became popular in France in the Sixties. “The Fifties are such a great decade, and it is fascinating to see how America and France affected each other,” he says.