Steve Madden has upped his investment in Betsey Johnson LLC from covering her credit debt to buying her trademarks. 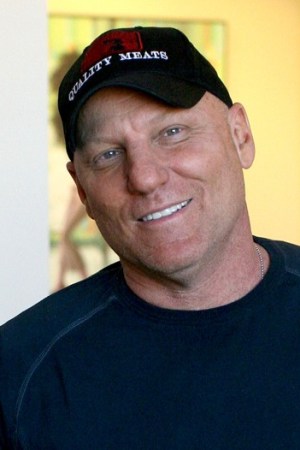 Steve Madden, who has upped his investment in Betsey Johnson LLC from covering her credit debt to buying her trademarks, has no plans to make major changes.

On the march to do more deals along these lines, Madden said he is not about to curb Johnson. Last month Steven Madden Ltd. took over a $48.8 million loan to Johnson’s firm and has since absolved the loan in exchange for ownership of the brand’s intellectual property, including the moderate collection Betseyville. Madden now has licensing deals with the designer’s company, Betsey Johnson LLC, for it to produce the clothing and operate her boutiques and get royalties from Johnson’s firm and its other licensees.

According to sources, Madden pumped in $3 million for five years to help with her firm’s operating needs. Steve Madden Ltd. gets a 10 percent equity in that operating company in exchange. Castanea Partners’ stake in Johnson’s firm, acquired in 2007, will be diluted a bit but it still will be the biggest shareholder. A Form 8-K detailing the changes is expected to be filed with the Securities and Exchange Commission this morning.

Beyond the initial investment, Madden said the strategy is to ramp up marketing and fortify the daytime dress and shoe businesses. The store count and Johnson’s management will pretty much remain intact. Diffusion lines are not planned, but the “help wanted” shingle is out for nondesign positions since Johnson will continue to handle all design.

Declining to pinpoint Johnson’s stake in the company, Madden said, “Betsey is my partner. She has nothing to worry about and I will protect her.…She is not on the hook for anything. I am honored to be partners with her. That’s the truth.”

Madden is no stranger to Johnson’s company. In 2006, his company bought Daniel M. Friedman & Associates, which held the designer’s accessories license, for $28 million. His firm will soon start producing Johnson’s footwear once the current license with Titan Industries expires at the end of this year. But nothing is a sure thing. “There is no such thing as a low-risk investment,” Madden said Wednesday during an interview in his showroom.

Seated with arms crossed wearing an “Underdog” baseball hat (the name of his nephew Shawn’s company), a purple and white gingham shirt and dark denim jeans, Madden was somewhat short on words at first, but opened up when the discussion became more personal. And why not? Six years after being sentenced to 41 months in prison for stock manipulation, money laundering and securities fraud, his life is drastically changed. The 52-year-old was forced to relinquish the chief executive officer role and board of directors seat at the company he founded in 1993. But he always had every intention of getting back to work once his freedom extended beyond his concrete cell and the double-fenced prison yard. While some of Madden’s personal woes were linked to a childhood friend, in what seems like a converse equation, he has fared considerably better with Johnson, whom he first met 25 years ago.

“Betsey Johnson is a great brand, and Betsey is a brilliant designer and an American treasure. You know how they have those concerts in Washington, D.C., where they seem to honor Tony Bennett each year? They should do that for Betsey,” he said. “When you hear the name Betsey Johnson, it means something. There are very few brands that stand for something left in America.”

Unabashed as Johnson is about her age of 68, Madden is not devising a succession plan. “I will think about that 10 years from now,” he said.

One switch is Susan Falk’s consultant status — she is now the firm’s ceo. Johnson’s longtime business partner Chantal Bacon has exited the company, as reported.

Johnson said, “I feel born again. I miss my partner Chantal, but she is off having a very happy life. Of course that makes me wonder, ‘Do I want to go there?’ But I don’t. It feels like the gold ole days, starting fresh and free. For everyone, it has been a rough couple of years. Now we can finally fly.”

Retail coordinators and stylists will be among the first new hires, said Madden, whose goal is to make footwear 30 percent of total sales within the next 12 months. “We just want to make shoes, clothing and accessories that people want to buy. That is the overriding business philosophy. That is what we hold true to at our company,” said Madden, adding that “progress not perfection” is his own mantra.

Madden ceo Ed Rosenfeld said Thursday the company is on the hunt to buy more American designer names and brands. Earlier this year, Steven Madden Ltd. invested $5 million in Baker’s for nearly 20 percent of the company and last year it bought the accessories label Big Buddha for about $11 million. This year, Steven Madden Ltd.’s sales should be between $615 million and $625 million — a sizeable leap from last year’s tally of $504 million. Industry sources peg Johnson’s yearly volume at $200 million, which includes wholesale and retail sales in the designer’s 67 stores. Three more are slated to bow this year. There are currently 67 Betsey Johnson stores with three more openings slated in 2010. In addition to daytimes dresses and footwear, building sales for handbags and party dresses is another priority, Falk said.

Betsey Johnson executive vice president and chief operating officer Jonathan Friedman said, “Whenever you come out of a situation with a good partner, cash coming into the business and the elimination of all debt, what’s not to love?”

Madden has 83 signature stores and will open another in New York’s SoHo neighborhood before the end of the year. The company is also taking over Johnson’s Riverhead, N.Y., store to open the first Steve Madden outlet store. Five more Madden outlet stores are planned for next year as well as several more full-priced stores. Adding the Elizabeth & James and Olsenboye licenses, and the inhouse label Madden, contributed to this year’s growth, Rosenfeld said.

Asked if having 2,500 employees was a burden, Madden said, “I have gotten to this place where I think, ‘Wow, this is not just about me and my family. There are a lot of people affected. It’s motivating actually. It’s a responsibility and it sort of keeps you responsible. It’s very sobering.”

As someone who is in recovery from alcohol and substance abuse, he knows of what he speaks. His family has been a big help. His eldest brother, John, oversees the international business, and his other brother, Luke, used to handle the warehouse. “It’s fun being your older brother’s boss. I try to make up for the times he was mean to me,” Madden said. “My older brother is the greatest. It is great to have someone you trust absolutely. It’s a wonderful thing.”

He also praised Rosenfeld’s financial acumen. “I have fabulous people that I work with and I get far too much credit.…Our ceo Ed Rosenfeld has been an unbelievable partner to have. This notion that a creative person can’t be a business person is hogwash and certainly the opposite is true. I like to think I’m both but I’m certainly better at shoes. But I know what I don’t know, which has been helpful.”

Asked how his incarceration shaped the way he thinks today, Madden said, “I’m in much better shape. My arms are bigger, my chest is bigger. I worked out a lot. In prison, everybody works out a lot. That’s what you do to fill up the time,” he said, reaching for his cellphone to show a photo of himself bare chested on the beach with his wife, Wendy, and twin sons. One of his first hires, Wendy visited Madden regularly when he was in prison and they wed after his release.

Striking a more serious note, he continued, “You know, look, I made some mistakes when I was younger. It’s humiliating and I suppose it gives you perspective. You’re forced to think about your life and the mistakes you’ve made. I can’t speak for everybody, but for me it was a time-out. I regret the mistakes that I made and some of the choices I made in friends. But certainly my path has brought me to where I am today so I don’t regret anything. It’s where I am. The road you’re on leads you to where you are, right? And I’m in a nice place today. I am grateful for what I have.”

Behind bars, Madden drew a $700,000 annual salary; he was intent on returning to Seventh Avenue, but was not involved with the business or thinking about it. “Surviving” consumed his thoughts. He said he got through the confinement “a day at a time. You know you have to be where you are to survive. You can’t be somewhere else. You have to be mentally fit. There was no real risk of personal safety. I was in a very low security prison so there wasn’t a problem with that.”

Writing and drawing helped bide the time, as did envisioning post-jail life. So what did he picture? “This. I came out with a ferocious energy,” Madden said. “Not to be corny, but I really had great people in the company and they kept it going while I was away. I would have been nowhere without those people today, just nowhere. It’s almost unfair. I almost get too much credit.”

There are still you-have-no-idea-how-hard-it-was moments for Madden, who said even he sometimes loses sight of what he experienced. “Human beings are funny, though, because we adapt to situations remarkably well,” he said. “I did it and I know it’s done all over the world, but you would be shocked by what you could deal with. The other side to that is my golf course this summer was in bad shape. I was moaning about the greens. It’s so funny because six years ago I wasn’t playing much golf. You go right back to where you were. You have to really have a 20-second truth delay. You have to think, ‘Whoa, what am I doing?’ And know what you’re saying. Human beings have a very short memory, they really do.”