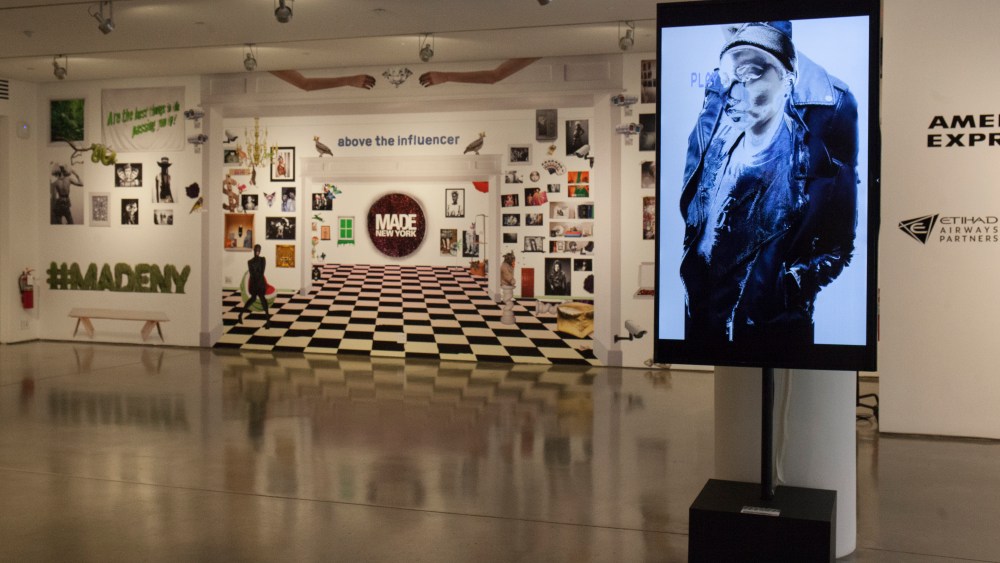 WME/IMG is evolving Made, the platform that supports creative vanguards in fashion, music, technology and culture, after successful launches in Los Angeles, Sydney and Berlin last year.

Acquired by WME/IMG in March 2015, Made will be relaunched in New York in September, with a format that will have a stronger consumer focus. The rationale is that designers need support throughout the year, not just during traditional show cycles. Made plans to focus on long-term initiatives with designers to support them in various marketing initiatives. Details will be released at a later date.

For the upcoming season, Made New York will continue to support young talent during New York Fashion Week. Next month, there will be five designers “presented by Made” under the NYFW: The Shows umbrella. They are Adam Selman, Brock Collection, Chromat, Beaufille and The Blonds. Each company will present via a presentation or runway show at the IMG-sponsored venue, Skylight Clarkson Sq. Generally, Made has supported 25 to 30 designers during NYFW.

In an interview with Made founders Keith Baptista, partner and managing director at Prodject and partner at OBO Paris, and Mazdack Rassi, cofounder and creative director of Milk Studios, the executives explained why they’ve made changes to Made and how it’s evolving.

As a reaction to the struggling economy, Baptista, Rassi and Jenné Lombardo, founder of the Terminal Presents, established Made in 2009 to help support designers. Made offered young designers free space, production and makeup — costs that could easily rise into the five figures. Among the designers who benefitted from Made’s support over the years were Public School, Joseph Altuzarra, Alexander Wang, Band of Outsiders and Hood by Air.

“It was really successful and we ran it for several years,” said Baptista. “When it became part of WME, part of our motivation to join that family was to help the program maintain its longevity, to grow into international markets (where IMG has a global network of fashion platforms) and to operate year-round.”

Asked whether the reduction of New York designer shows was a budgetary move, an IMG spokesman said, “No, it’s actually expanded the budget as we are now able to work with an entirely new network of partners who are interested in global touchpoints.”

MADE spent the last two years reformulating the program and adding successful programs in Berlin, Sydney and Los Angeles. “Berlin was about fashion and art, Sydney was about sports and fashion, for Los Angeles, it was about music and fashion,” said Baptista. They are now looking to launch in Asia, as well. Made also added activations in between seasons. They realized in Los Angeles, for example, what did well were events that were consumer-facing. Made also launched The Stores@Made (which occurred in New York last September and last June in L.A.), which allowed designers and brand partners to interact with their consumers who attended their events, and they could sell merchandise.

Above all, Baptista realized that designers “need to be able to expand globally and present their collections and brands in other markets.

“They need to be consumer-facing, and find innovative retail opportunities,” he said. Made will continue to have global sponsors such as American Express, Maybelline, Etihad and Lexus.

Starting in 2017, Made will add year-round support, and will create other platforms during the year for other designers to present their brands. Nowadays, designers have very diverse needs, said Baptista. Some of their shows are consumer facing, some are business facing, some designers are choosing to show in Los Angeles and other marketplaces. “We’re shifting some of those people to our other markets; we’re finding ways to activate with them on a year-round basis, and we’re shifting some of them to the IMG/NYFW platform,” said Baptista.

Rassi emphasized that the kind of support they can offer today differed from when they started. Five years ago, support meant runway shows, lighting, sound, and all those needs. “Designers today are finding new ways of trying to show their clothes and sell their clothes. So the word ‘support’ switched from giving them a runway space to now taking them to Berlin, or doing a project with them in Sydney or having them in our pop-up opportunities,” he said.

Further, Rassi realized when they started to go global, seasons didn’t matter anymore. “It was more about figuring out how to create tent pole events that were more than just runway shows that were consumer based as much as they were industry based. That had a retail opportunity, basically, ‘see now buy now,’ and incredible opportunities of creating content and media,” he said. For example, Rassi said that in L.A., they worked with Jeremy Scott and Moschino. “We brought [music artist] By Tyler, the Creator, Golf Wang, his line, and brought Hood by Air there, and put on this incredible music, fashion and culture [event]. The majority of people who came were consumers. This really changed our thought process. We looked at this as the future of this generation,” said Rassi.

“It doesn’t need to be in every season here. It can be an incredible opportunity and they don’t always have to follow a calendar, continued Rassi. “It’s a big statement for us. We’re taking that leap. We believe we’ve been so successful around the world, and now we want to experience it in New York. We’re going to do something incredible in New York this year. We’re trying to put those dates together. We’re going to be doing something incredible in Berlin again, and something incredible in Los Angeles.” Made Los Angeles, which takes place in June at L.A. Live, will also have a newly evolved format. It will be a convergence of fashion shows, fashion and multi-media content, brand partners and limited-edition fashion product.

Made Berlin, which took place Wednesday and Thursday, featured Art Fashion, a project by Patricia Field, a two-day exhibition of selected works by Ben Copperwheat, Jody Morlock, Iris Bonner, Kyle Brincefield, SSIK Designs, Hushi Mortezaie and Scooter LaForge. They also hosted an open call to fashion designers, stylists, artists and brands in Germany to meet with Field and discuss working with Made in Berlin, or globally.