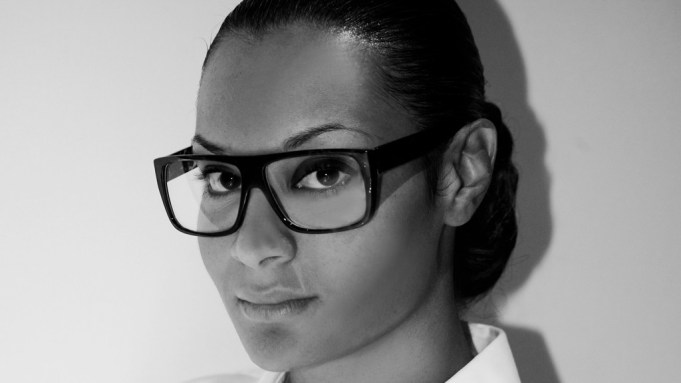 While major labels — Gucci and Giorgio Armani to Versace and Prada — continue to dominate the Italian fashion scene, a new crop of designers is building an international reputation and generating even more attention on the Made in Italy label.

To wit, two of Italy’s hottest brands of the moment, Fausto Puglisi and Stella Jean, have been included in “The Glamour of Italian Fashion, 1945 — 2014,” the vast exhibition on Italian fashion opening at London’s Victoria and Albert Museum on April 5. Jean, along with Gabriele Colangelo, is also among 30 semifinalists for the inaugural LVMH Moët Hennessy Louis Vuitton Young Fashion Designer Prize.

Since September, the re-organized Italian Chamber of Fashion has been revising the traditional show schedule, offering more appealing slots to emerging labels. These young up-and-comers are finding they don’t have to have huge production runs to make a statement, but they do need a leg up from the establishment. They deliver different products to cater to different markets, from contemporary to luxury, but they all share the same passion for Italian craftsmanship.

“I’m obsessed by craftsmanship. I work only with Italian artisans for both the leather and the embroideries, which are made using traditional looms,” said Puglisi, whose bold, hyper-decorated dresses have received critical as well as commercial praise, and have found their way onto celebrities like Madonna.

“Made in Italy craftsmanship is the soul of my brand. Everything I do is made here with love,” said Brazilian designer Paula Cademartori, who launched her namesake bag line in 2010. Cademartori’s luxury handbags, which are carried at 180 points of sale around the world, are produced in small, specialized factories across the Lombardy and Tuscany regions.

“Some styles need about 32 hours to be finished,” said the designer, who during Milan Fashion Week is introducing a range of evening clutches embellished with bezels.

“The quality guaranteed by the Made in Italy label is one key driver of consumer purchase of luxury products all over the world,” said Tiziana Cardini, fashion director for  Italian department store La Rinascente. “So these young designers are obliged to combine style with great quality if they want to succeed in international markets.”

Asian buyers are the most attentive to the quality of products and fabrics, noted Massimo Giorgetti, the creative and entrepreneurial mind behind the booming MSGM contemporary fashion house. The brand started adding a “Made in Italy” tag to its signature MSGM label with the pre-fall 2014 season, but it had to develop an even more detailed label for customers in China, Japan and Hong Kong describing the composition of its fabrics and washes.

Even if good, standout products are key, tangible support from fashion institutions and already established companies is crucial for the expansion of emerging labels.

“Giants keep leaving their mark with their work and also with concrete gestures, like Armani,” said Stella Jean, who founded her fashion brand in 2011.

“These give incredible energy to young people and show the desire of preserving and supporting Italian fashion, as a collective heritage,” she added, referring to Giorgio Armani’s decision to open his theater every season to an upcoming label.

“In Italy, the issue of the generation turnover — which comes naturally abroad — has been ignored for too long, and this is true in every field,” Armani said. “In a moment like this, which is definitely not easy, I thought that we all have to make an effort to send a strong message of innovation and renovation. The future of a country depends on the new generations: Lending my theater to emerging designers is an initiative that I hope helps increase their visibility, boosting the growth of their business. However, I’m pragmatic and I don’t love paternalism: Rather then offering  financial support, I preferred this formula because I think it is more stimulating for the designer, and in the end more effective in terms of media exposure. We should keep in mind that the success of a fashion house depends also on that.”

The same philosophy is at the core of “Who Is on Next,” the talent contest organized by AltaRoma and Vogue Italia. The program is celebrating its 10th anniversary this season.

“The winners don’t get a cash award, but they get visibility and constant support,” said Vogue Italia editor in chief Franca Sozzani, who can be considered a godmother to an entire generation of Italian designers. “I don’t believe in one-shot initiatives. Actually, I believe that it’s crucial to keep staying close to up-and-coming designers, putting them in contact with big companies and helping them to develop a network for production.”

Rome-based Marco de Vincenzo, who won “Who Is on Next” in July 2009, is among those who found strong production and logistic support in a major company, Fendi. But de Vincenzo, whose brand is currently on the radar of Fendi parent LVMH Moët Hennessy Louis Vuitton, knows all too well how hard the way to success is for an independent brand.

“Italy as a whole offers a great deal of opportunities as far as the industry is concerned. Thanks to the various resources, experience and energy from our country, from north to south, many creative ideas could easily become realities,” said the designer. “What we lack is the support and confidence from investors in fashion newcomers — this is, of course, the most inhibiting problem facing young designers. Thanks to the media and their support, this new generation is further endorsed in what would otherwise be a completely unproductive period. Even with determination, it’s nearly impossible to go it alone.”

Sozzani is also the promoter of The Vogue Talents Corner, another program supporting emerging designers developed in collaboration with Yoox Group’s e-tailer Thecorner.com. Launched in 2009, each season it involves about 10 to 12 designers who showcase their collections during Milan Fashion Week and sell their merchandise on Thecorner.com.

Since the first edition, the initiative, which launched brands such as Uma Wang, Aquazzura, Sara Battaglia, Super Duper Hats, Benedetta Bruzziches and Leitmotiv, has been strongly supported by Italy’s fashion establishment. In fact, season after season, designers including Armani, Donatella Versace and Diego Della Valle left their ateliers just hours before their shows to attend The Vogue Talents Corner opening event.

The creation of a new generation of successful designers starts at school, according to La Rinascente’s Cardini.

“Fashion schools should pay constant attention to the quality of their teaching,” she said. “But at the same time, the academic system should be supported by companies in a concrete way, through scholarships, internships and mentoring activities.”

The lack of a real connection between theory and practice is one of the problems affecting the Italian system, according to up-and-coming designer Andrea Incontri, who also teaches at the Politecnico University of Milan.

“Launching his own brand, a designer cannot just be creative, but has also to be an entrepreneur, facing the difficulties of taking the first steps in a very complicated environment,” Incontri said. “It would be interesting to have a training service for start-ups that could help to understand the rules of the market and untangle the country’s bureaucracy.”

After years of managing everything on his own, last September Incontri signed a five-year licensing agreement with Italian manufacturer Kabi Srl for the production and worldwide distribution of his namesake women’s line.

“It’s necessary in this market to find investors that respect the identity of the label,” Incontri said. “The partnership with Kabi is extremely important for my label because the company delivers products with great quality, along with guaranteeing proper customer service and distribution.”

Case in point is Gilmar, which in 2012 signed a licensing agreement to produce and distribute Alessandro Dell’Acqua’s No. 21 label, and in December expanded its portfolio with men’s wear brand Paolo Pecora.

Another example is Mantua-based Castor, which features a successful collaboration with British designer Giles Deacon and has recently unveiled a licensing agreement with emerging Italian designer Caterina Gatta. The collaboration will launch for fall with a capsule collection, which will be presented to international buyers during the current fashion weeks in Milan as well as Paris.

“I’m so happy with this partnership, which will help me to create a real brand and allow me to feel free to create and to be supported on the commercial side,” said Gatta.

The partnership marks a big step in the development of the Caterina Gatta brand. Since it was founded in 2009, when the designer presented a collection at New York’s Soho House, the line has had limited production and distribution. In fact, until now, Gatta has used only original vintage fabrics from storied fashion labels, including Gianni Versace, Yves Saint Laurent, Fausto Sarli and Valentino. That constrained her production to a maximum of 12 pieces for each style.

“As soon as I met Caterina, I immediately recognized a great creativity that could have been reinforced by Castor’s manufacturing skills and commercial network,” said Castor chief executive officer Angela Picozzi. “Caterina has a very artistic yet contemporary point of view.”

That point of view, melded with the scope of Castor’s resources, gives a certain credibility to a young collection — and as such, Picozzi said Gatta has caught the attention of top international buyers from the likes of Barneys New York, Harvey Nichols and Isetan, who have already made appointments to see her new collection.