The overlap with London Fashion Week as well as a timing separate from the Momad Metropolis show meant the number of overseas buyers was down. 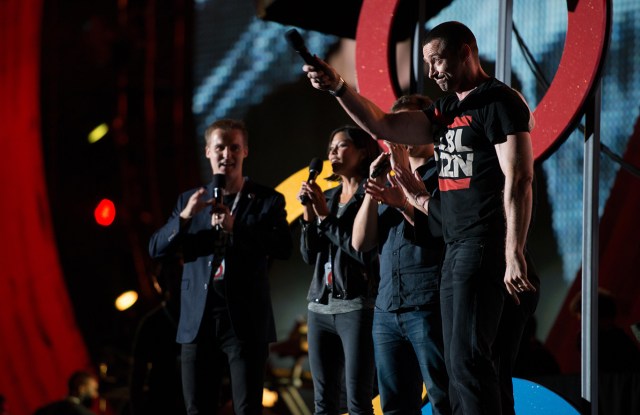 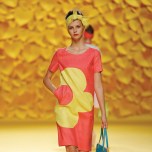 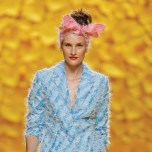 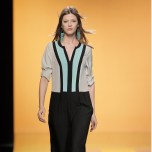 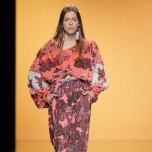 MADRID — With dates coinciding with London shows, foreign buyers were in short supply at Mercedes-Benz Fashion Week Madrid, held in the fairgrounds here.

In addition, the runway shows didn’t run in tandem with Momad Metropolis, the two-year-old multisector trade fair featuring apparel, footwear and accessories, as in previous seasons. Nonetheless, IFEMA had 50,320 visitors, including 100 from the international press, for an increase of 1,689 over the February edition.

The group that organizes the shows, IFEMA, a self-financed public consortium, also may be part of the problem, according to informed sources, citing a same-old-same-old strategy. “Between organizational politics and no cash flow, Spain’s fashion industry is not ready for the big-time,” commented a local industry leader, who requested anonymity.

Coming off a double-dip recession from 2008 to 2013, the Spanish economy, the fourth largest in the euro zone, has perked up this year with 0.9 percent growth in the first quarter and 1 percent in the second. Another flicker at the end of the tunnel is a slight hike of 0.7 percent in domestic buying patterns during the first quarter and a 1.1 percent increase in turnover for the same period, according to local press reports.

Spanish designers have been bruised by the crisis but they’re not buried. Nor are they taking chances. The five-day Madrid event featured 42 designers — two less than last September’s edition — including a group of 10 newcomers. They sent out stripes, kaleidoscopic and nautical; one-piece dressing; pastels; bold prints, and texture.

Barcelona-based Desigual, which in recent editions has started Fashion Week here, was the runway’s most notable departure.

Madrid-based label Alvarno by co-creative directors Arnaud Maillard and Alvaro Castejón, took — for the third consecutive season — L’Oréal’s award for the week’s best collection. For the coming season, the duo referenced “Past, Present and Future” with stripes and multicolored pleating combined with Neoprene for complex summer frocks and separates with razor-sharp cuts, jewel trims and embroideries.

Alvarno, founded in 2009, opened its first store earlier this the year on downtown Madrid’s Calle Hermosilla. Maillard and Castejón also head the design team for Azzaro in Paris.

With one of the week’s more consistent statements for men mostly and a few women’s styles, Etxeberría looked to oversize Japaneselike volumes in seersucker for what program notes called a combo of “English Drape” and “Ivy League,” which translated into tidy three-piece layers for men, long-length jackets and full tunics over knee-hovering pants, and for women, dusters, blazers, easy shift dresses and a high-rise skirt-effect over culottes. The Barcelona-based designer said he chose seersucker (he worked with no other fabric) for “breathability, texture and it’s not a hot material.” One of Spain’s up-and-comers, he confirmed he will be showing at New York Fashion Week again in January.

The Muñoz twins, Aitor and Iñaki, co-owners of Ailanto, a Catalan women’s label with accounts in the U.S., Japan and Taiwan, tapped into a casual-chic concept inspired by British artist David Hockney and his iconic Pop Art painting “A Bigger Splash” (1967). It was a take on femininity with exclusive geometric and fauna prints, awning stripes, texture and colors like aquamarine, baby blue and a golden beige. There were lots of jumpsuits, cropped pants, layers of mix and match patterns, longer-length sundresses and oversize raffia totes. The brand will show next week in Paris “because if buyers don’t come to us, we have to go to them,” explained Aitor, the brand’s commercial director.

Echoing her fall collection, Agatha Ruiz de la Prada continued her run with controlled, quieter silhouettes including casual knits and sports separates in splashy brights, stripes and signature heart/flower motifs, and a simple grouping of shapely sheath dresses in pale pastels like pink and lemon yellow. The multifaceted designer (reportedly she helms upwards of 50 licensees from cell phones to house paint) will stage a runway show next week in Chicago, according to a spokeswoman for the brand.

Ana Locking always has a message, said Madrid designer Ana González, as well as a certain irreverence. For the coming season, her collection — called “Foreva” — is based on the HBO TV series “Six Feet Under,” “allowing us to reflect on human mortality and when we are conscious of the end; we appreciate much more the value of life. We all identify with something universal. Everybody wants a forever,” explained the designer, who showed  jumpsuits, knee-length dresses and short skirts, Neoprene vests and maillot swim suits — with ruffles all over the place. Colors ranged from pale pink and mandarin orange to black in spider-web cotton lace, silk georgette and crepe. The brand sells to China, Kuwait, the Czech Republic and Indonesia, according to a company spokesman, and next week the company will show at the InterContinental Hotel in Paris for the first time “to capture the European market,” he said.

Roberto Verino took a page from the Charles Aznavour song “Beyond the Sea.” The veteran designer, who has a retail network of 177 stores in Spain, Portugal and Mexico, presented a clean, white-sand-beach-inspired collection featuring lots of skin and open-back treatments; his first swimwear collection, which had sexy cutouts; below-the-knee striped dresses and jackets over tailored white pants; a few Caribbean florals, and, in general, loads of white, black, red and pale pink. There also were single-breasted men’s suits in white and navy blue linen by Madrid manufacturer Fuentecapala.

One of the few Spanish designers to sustain industry support — in other words, financial backing — is Juanjo Oliva whose women’s Elogy line for the El Corte Inglés department store chain is in its ninth season. At Fashion Week, he showed 25 floor-sweeping special-occasion gowns costing less than 200 euros, or $225 at current exchange, each with leather obi belts and matching ankle-wrapper flats.