Maison Alaïa Revives a Wardrobe of the Founder’s Emblematic Styles 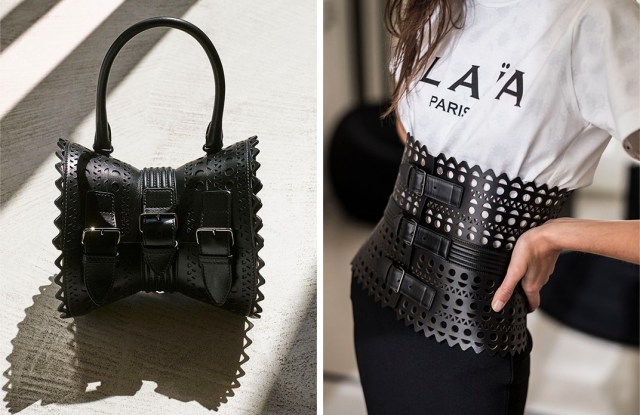 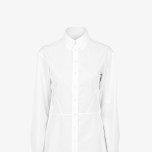 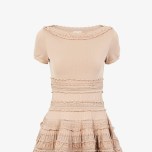 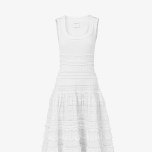 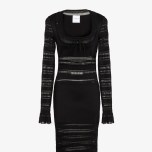 In a gesture to devotees of the late, great Azzedine Alaïa — and in a bid to recruit future ones — the maison that bears his name is launching a wardrobe of his most emblematic designs, called The Editions.

The 30 looks, spanning from 1981 to 2017, are being displayed today alongside Alaïa’s new spring 2021 collection at its historic Paris headquarters in the Marais district.

And they will make a big splash in mid-November as the Paris-based fashion house unfurls pop-ups at key global retailers and e-tailers, activations at its own boutiques in Paris, London and Dubai, and digital storytelling galore on a dedicated web platform and its various social channels.

It’s one of the first big strategic volleys of the house under new chief executive officer Myriam Serrano, who quietly joined Alaïa one year ago from another Compagnie Financiere Richemont-owned house, Chloé, where she had been its director of communications and accessories.

“We need to pay tribute to his legacy, and we need to tell a wider story to the younger generation or the new markets that don’t know Alaïa today, and I’m sure will love Alaïa if we give them more content and details,” she said in an exclusive interview on Monday.

While the work of the Tunisian-born couturier is carried at top specialty retailers in Europe and the U.S., the brand’s two biggest markets, along with those in Japan and the Middle East, it is lesser known in large swaths of the world, including Asia, the fastest-growing market for luxury goods.

“I think it’s really important to start with the foundation and explain and educate and initiate,” Serrano said in explaining the rationale for The Editions. “There’s a whole objective, and that’s transmission of the heritage.”

Pop-ups at SKP in Beijing and Xi’an, at Est Nation in Japan, and Galleria in Seoul should help remedy the situation, along with an offering of the archival styles at China’s Feng Mao, the high-end online joint venture between Alibaba and Richemont.

Alaïa presented the concept to its wholesale partners in June, and some 90 percent took on board The Editions, which represents about 20 percent of the entire spring 2021 offer.

The garments and accessories carry sewn-in labels indicating their vintage; boast QR codes on the hangtags that link to online storytelling; come packaged in special garment bags — and they’ll never go on sale.

Since the founder passed away in 2017, Maison Alaïa has dabbled with vintage re-editions, often prototypes from his vast archives that were never commercialized. The Editions includes a few of these, including a sleeveless safari jacket that fits in with the African and desert references in the new seasonal offering, but also iconic designs such as a leather bra, biker jacket, elongated white shirt, gladiator sandals and skater-style “crinoline” dress.

“It’s a nice way to pay tribute to what he did and to show that all these pieces are timeless and modern,” she said. “Also, it’s showing the diversity of his work, from leather, to tailoring, to flou, to knitwear and accessories. You don’t have so many brands, or so many couturiers, having such a level of expertise across so many categories.”

Selections from the archive were made by Serrano, Carla Sozzani of Corso Como, who is president of the Alaïa Foundation, and Caroline Fabre, Alaïa’s director of heritage, editions and couture.

The re-editions are made using the same patterns and fabrications, and priced roughly the same, or slightly higher, than the seasonal collections, she noted.

“The strategy is first to to build a longer lifecycle,” she explained. “That means you will always have them in the offer, so that’s helping to develop a stable business of iconic pieces.

“We are a fashion and a heritage brand at the same time and I think people will look for investment pieces in Alaïa,” she added. “We want to speak to a wider audience as well, without losing the exclusivity of the brand, because this is very important to keep this high-end, quality positioning.”

Serrano declined to get into specifics about the performance of the business, but described accessories as a new entry point for the brand and a future growth avenue, as they represent only about 30 percent of revenues, with the balance in ready-to-wear.

Among The Editions offering for spring is the Corset bag, which resembles the designer’s cinched-waist mesh belt in handbag form. Serrano clasped on the shoulder strap to show how it hugs the hips, and then propped it on a table to show how its rounded shape was blunted on the bottom so it doesn’t roll.

Alongside this reach into the past, Serrano described a process of creative renewal, disclosing that the house has recruited new talents in accessories and knitwear in recent months.

“So that’s a nice first step to re-energize the creativity and without losing the direction and the heritage and really staying true to the identity,” she said. “We think that the brand is very strong and very precise.”

However, she allowed that the house is mulling a second step that could involve recruiting an artistic director, or maintaining a “collective” approach. “It’s not easy because you cannot replace him, so it’s a reflection.”

Alongside the new spring collections and The Editions project, the house will unveil look books, web imagery and videos that reflect the work of a new image team.

The house conscripted French actress Elsa Zylberstein to describe, in her sultry voice, the savoir-faire and provenance of some of the archival re-editions while special lighting effects trace the intricate seams of the garments for an X-ray effect.

Slow-motion videos using high-tech cameras, also in black-and-white, exalt the swing of skirts, the lightness of trenchcoats, and the Parisian spirit of Alaïa’s designs.