Alma Jodorowsky, Olympia Le-Tan and Guy-Manuel de Homem-Christo were among the attendees. 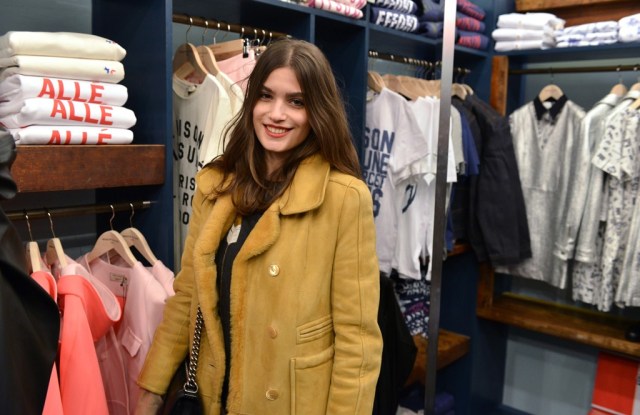 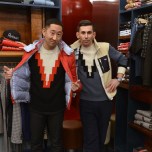 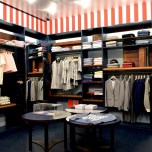 “I don’t drink coffee, only tea,” said Jodorowsky, sporting a Carven coat and Chanel bag. The French actress and singer, who is a granddaughter of Chilean filmmaker Alejandro Jodorowsky, will star in the British movie “Kids in Love” opposite Will Poulter and Cara Delevingne.

“[Delevingne] is cool. She certainly sets the ambiance,” Jodorowsky said.

“I only like coffee when it is diluted with almond or soy milk, when it doesn’t taste like coffee, basically,” Le-Tan said.

The opening of the 750-square-foot boutique, located at 68 Rue Condorcet in the hip Pigalle neighborhood, marks the label’s third store and second coffee shop in the French capital.

“The inspiration was a circus,” said Masaya Kuroki, the brand’s cofounder.

Maison Kitsuné collaborated with Milanese agency Dimore Studio to design the space. It has red-and-white stripes on the walls and a vintage feel with furniture made of repurposed old wooden wardrobes. Steel was the material of choice for the café part, which serves up the Kitsuné blend.

“Today we are aggressive on the retail [front],” said Kuroki.

A 2,150-square-foot Parisian flagship to include a café is slated to open on the Boulevard des Filles du Calvaire in April.

“The design will be more futuristic,” said Kuroki.

And in New York, a second store is to set to open in February on Rivington Street.